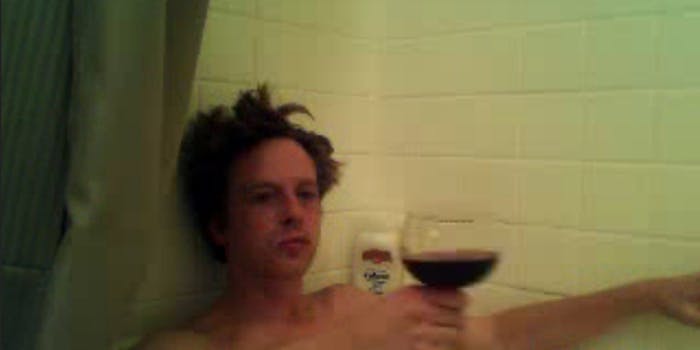 Footage of the two Tinychat sessions and the time leading up to Barrett Brown's dramatic arrest last week has been released to the Daily Dot.

Last week, Anonymous activist and journalist Barrett Brown was arrested in dramatic fashion, being seized by authorities in the middle of a live video chat session. A three-minute excerpt of the the incident has been viewed more than 70,000 times on YouTube.

The person in the TinyChat with Brown who took that video recently reached out to the Daily Dot on Twitter, offering more: The entire 45 minutes of chat leading up to the arrest, as well as two TinyChat sessions from the previous day. In those videos, Brown railed against a handful of enemies and reiterated his intention to retaliate against FBI agent Robert Smith for reportedly threatening Brown’s mother with obstruction of justice charges. With 45 continuous minutes of video, it would be hard to argue you were taken out of context.

The source of the videos asked to remain anonymous. He claimed, however, to be a “proud American” and offered the following statement in a private Skype chat: “im disabled with lyme disease, not a hacker, a patriot, a man of truth.”

The first video starts at nearly 9pm and runs for 20 minutes. In it, Brown’s mind wanders through subjects from hacker communications to war, casual joking in between. Someone threatens him with doxing (a common phrase for hackers that refers to the releasing of personal information), and Brown tries to draw him out. It’s a testosterone-laden headbutting match that gives the viewer a solid introduction to interpersonal relations in the hacker zone.

In the second video, Brown explains his creation “Operation Clyde Toulson,” named after a former director of the FBI. The objective is retribution on agent Robert Smith,and it’s not clear if there are any participants other than Brown. In addition to his crusade against Agent Smith, he takes shots at Jennifer Emick of Asherah Research/Backtrace Security, Aaron Barr of HB Gary, and Tom Ryan.

And the third video is the entire TinyChat from that eventful Thursday, Sept. 13, running just over 45 minutes long. Once the police make their dramatic and noisy off-camera entrance, Brown’s girlfriend appears to close the laptop, shutting off the webcam. The audio continues to record, however. The text portion of the chat has been archived on Pastebin, if you want to give your ears a rest, but you will miss the full impact.

“What is it that makes you want to do this?” asks a disembodied voice in the last video, shrouded in darkness.

It’s a good question, one that went unanswered.