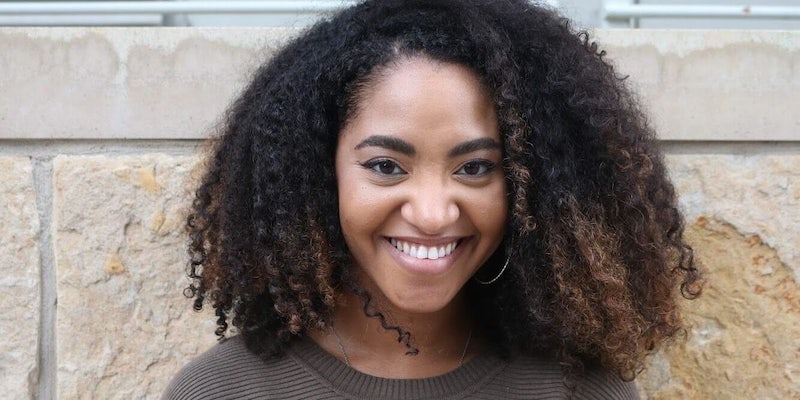 For the social strategist, the Twitter-seizing chicken wars were personal.

The New Orleans-based restaurant chain Popeyes, for whatever reasons, did not have a chicken sandwich anywhere on its menu until Aug. 12 of this wild and wacky year. Yes, a chicken spot, known for chicken, didn’t have a chicken with bread around it, Just 11 days after, the hype around the brand-new spicy chicken sandwich–with barrel-cured pickles, spicy mayo, and a brioche bun–had produced roughly $23 million worth of advertising.

Already being driven by Black Twitter, the announcement and “release” of the spicy chicken sandwich was not unlike an anticipated shoe drop, with packed drive-thru lines popping up at various franchises across the country. Popeyes’ Twitter account started responding to defensive tweets from rival Chick-fil-A, and other would-be contenders, about its own sandwiches.

But when Chick-fil-A published a tweet–”Bun + Chicken + Pickles = all the [heart]”–about the famous original chicken sandwich, Popeyes answered with the retweet and comment heard round-the-world: “…y’ all good?”

The seemingly uncomplicated reply wasn’t only a razor-sharp burn—it was a synergy of succinctness, client tone, and power in its implied messaging. How was this made possible? The answer isn’t only in clever messaging but in the overwhelming importance of putting talented Black and brown creatives in stake-holding seats at the big table.

Enter our Internet Person of the Year: Angela Brown, social strategist for GSD&M, an Austin, Texas-based national ad agency. The University of Texas at San Antonio graduate arrived at GSD&M with a diverse curriculum vitae, including work with hotel consulting firm Jacaruso Enterprises and influencer/infopreneur Regina Anaejionu. Along with Randy Romero, the company’s associate director in social media strategy, Brown and their team built out an approach targeting the already-building buzz from the market testing.

Their work ultimately bent internet culture and opened the doors to difficult conversations about race, class, and appropriation in America.

“We had reached out to probably hundreds of people to get permission to use their tweets and [for] and TV spot,” said the 28-year-old via telephone. “We were going to show people the hype about the sandwich, and the proof was the fact that people were already talking about it.

“The whole concept of the strategy was that aspect of realness and authenticity, and that is like the hype is real.”

The “y’all good” response to Chick-Fil-A was workshopped with the entire team. Brown and the group recognized an opportunity to stamp Popeyes squarely into the cultural mainstream, but also to accomplish their mission with the company’s brand foundations as a Southern and inclusive entity—the latter adjective not at all the strong suit of its ultra-conservative competitor.

“There is some ‘countryness’ to it [given the origins],” she admits. “We try to make sure it’s positive whenever we do respond to stuff, even if there is shade in it. When we come up with responses, we’ll sit down as a team and look for the most straightforward, quickest, the funniest way in.”

For all the fun and humor produced by the campaign, ugly realities quickly appeared. It’s the underside of successful, demand-driving campaigns—especially by brands that actively pursue the low-income dollar and minority communities.

In the aftermath of the tweet war, though, and in the wash of impeding sell-outs of the sandwich, violence broke out. A Maryland patron stabbed a man to death for allegedly cutting in line. A white man called a group of Black patrons the N-word and was then beaten up and made to apologize. A Texas man pulled a gun upon learning the sandwich was sold out. To this end, the sandwich was more akin to a Nike or early-series retro Air Jordan drop–where outsized demand has led to numerous deaths and injuries. Brown, however, reasonably emphasizes the delineation between agency objectives and interpersonal violence.

“There’s a difference between franchisee and corporate,” she notes. “We can’t control anything about [violence] from the agency perspective. They can consult with us on what we think we might want to say on social media, for example. But anything involving PR or correcting incidents done on the corporate-to-franchisee level.”

Additionally, the sandwich mania became an avenue for Black shaming, especially Black people who live in food deserts—where numbers of healthy options, including grocery stores, pale in comparison to fast-food restaurants. The underpinnings—racial segregation and wealth disparity—underline the media portrayal of both Black people and their eternally loaded, offensive, white-assigned typecasting with food. Like watermelon, or fried chicken.

.@fer_machado123 talks @PopeyesChicken at #brandweek “The hype was real” because of the market research about what customers wanted in a chicken sandwich. Joined by @GodisRivera of @Twitter and @GSDM’s Angela Brown #PopeyesChickenSandwich pic.twitter.com/8N49v0T9oC

Working along with those ideas, there’s also a peculiar double (even triple) consciousness at play for Brown as both a woman, a Black woman, and as a Black person intrinsically rooted in America’s messy history. Brown confessed to the Root that, as a Black woman, she felt “a way working with something that involves fried chicken” thanks to its associated stereotypes.

“It does make it hard to have to work through some of that, constantly,” she admitted. “When I’m in the room, I represent the community, the Black community, automatically.”

Those negatives are attached to more heinous socioeconomic operations, however—ones that Angela Brown could not eliminate on her own. She and the social media team at GSD&M were paid to helm a sandwich campaign, which they fulfilled to perfection. Moreover, her participation could prove a clarion call.

“As a Black woman, when ideas are pitched, I like to look at it through multiple lenses,” she says. “Not only am I looking at it through the social lens, but also the cultural lens because I want to push for the culture in a positive way.”

She also exclaims the virtues of Black Twitter, whose malleable impact is central to Popeyes’ success, given it is a brand that, for better or worse, is vouched for on- and offline by the Black community.

“I will say that until I’m blue in the face, because there is one layer of this that could have been successful, and that is just the general campaign itself that we came up with,” says Brown. “But there is something unprecedented and incredible about the power that a two-word tweet had to ignite a collective of people who already are extremely creative and extremely loyal—when they want to be loyal to something.”

Ultimately, it comes down to the hard fact that Popeyes employed an agency that had someone connected to Black Twitter—a community of Black consciousness that Popeyes or GSD&M perhaps wouldn’t have had legitimate access to, had she not been in a decision-making position, or the room at all.

“There’s a lot of things that [as a Black person/woman] I’ll bring to the table that our team will bring to the table that our clients aren’t aware of,” she asserts. “I think people think that you can get a moment like this [without] people of color, or Black people. And the reality is you can’t. Every community is specific, and you just won’t find these moments without people who know how to find them, and know how to respond.”

Romero agrees: “The ‘Chicken Sandwich Wars’ was only possible because of the inclusive nature at GSD&M. It’s extremely important to have the appropriate representation on your team. With a brand like Popeyes, there’s a ton of cultural nuance and negative stereotypes that need to be addressed, so that those tropes aren’t further perpetuated throughout the work—and within the culture for that matter.

What others fail to realize is that getting [different ethnicities] to the table is only the first step. …You have to create an environment where they feel empowered to speak to their own personal experiences/interests and feel valued enough to share their ideas in a space that’s typically reserved for the ‘dominant culture.'”

Brown remains wary of the idea that she or any brown or Black person is expected to regularly produce unusually exceptional results, as the resident magical negro. It’s a prevalent and pressurized notion rarely attributed to a white counterpart. Comparatively, white men or women do not exist vastly outnumbered in white-collar spaces with their race/ethnicity on their shoulders, for their movements to be picked over one by one.

“I don’t want people to think a ‘Popeyes moment’ is going to happen every other day, cause that’s also not realistic,” heeds Brown. “People frequently look at it like either we’re not in the room at all, or we’re in the room, and we have to be extraordinary at all times. There has to be humanity and reality in this spectrum, something middle of those two extreme thoughts.”