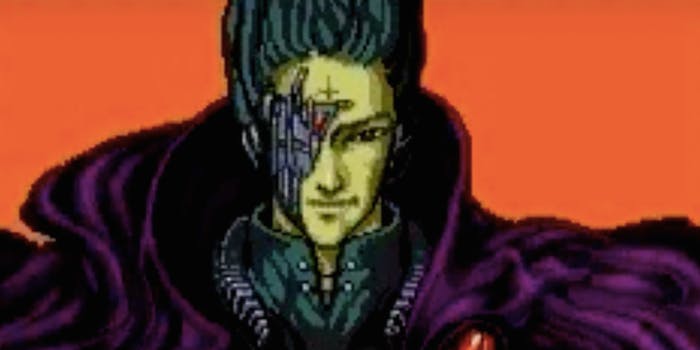 25 years later, ‘All Your Base Are Belong to Us’ holds up

In 1991, all of 25 years ago, Zero Wing, an actually pretty awesome top-down shooter, debuted on the Sega Mega Drive. With all apologies to, like, early versions of the Ramayana or whatever, this video game contained the most iconic moment of terribly translated English in history. The incredibly awkward phrases in the game’s intro scene are the stuff of legend.

At this point, these bizarre expressions are practically burned into the Internet’s collective consciousness. “Someone set us up the bomb.” “All your base are belong to us.” The utterly ironic, pitch-perfect “what you say???” And, of course, “you have no chance to survive make your time.” It’s the perfect mess of extraneous verbs and unfortunate pronouns.

“All your base” was immortalized at the turn of the century, in maybe the first instance of the “meme house remix” trope—which will never, ever die. It’s awesome that the 2000 track and 2001 music video, crucial parts of meme history, are now older than the average meme consumer.

For a stark comparison, consider the current memescape: The “Damn Daniel” kid was on The Ellen DeGeneres Show like, five seconds after his friend’s Vine blew up. Bill Simmons is currently using a Crying Jordan as his Ringer profile picture. There are more “Gangnam Style” parodies on YouTube than there are human beings in the world.

That’s not necessarily a bad thing—the Internet still makes me laugh all the time. But there’s something singular and confident about the place “all your base” occupies in pop culture. It comes from a clear, identifiable point of view. Someone thought the intro to Zero Wing was funny, so he made a song about it. I rarely get a feeling of genuine authorship from Internet joke-making in 2016. “All your base” feels natural, earnest, and almost innocent of its explosive viral potential. Which is something hard to find in an era where a Twitter account can get a TV deal.

Anyway, we love you Zero Wing. We love you “all your base are belong to us.” You’re a first-ballot meme hall of famer. But you already knew that.