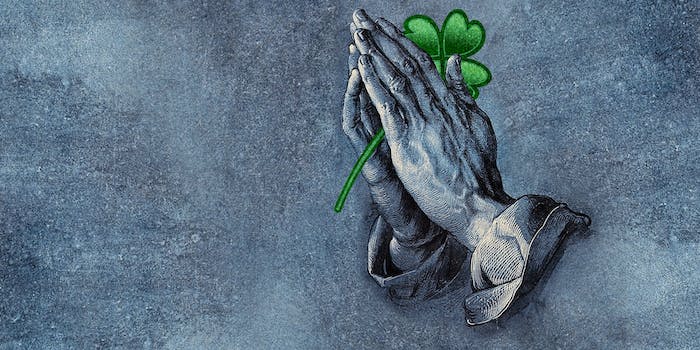 “Until you've had a pipe bomb sent to your office, you don't even count.”

By early Friday morning, Bill Keller, the brash televangelist from Largo, Fla., was enraged—and it was all thanks to 4chan.

Every single weeknight, around 11:30pm, /b/ begins filling up one to three different threads and an Internet Relay Chat (IRC) room with ways to rile up Keller during LivePrayer, a two-hour program in which he discusses topics like evolution, homosexuality, and abortion before taking prayer requests live from midnight to 2am.

This is what /b/—responsible for the Internet’s most popular memes, disturbing pranks, and destructive trends—has done to Keller over the past month:

By 1:30am last Friday, these “under-the-rock maggots” from 4chan had gotten under Keller’s skin. They’d even taken down his site.

“You gutless weasels, you don’t even have the guts to come out,” Keller said. “I get it, you hide behind your spoofed IPs and everything. Big, big, deal. Try and be a real person, a real situation. Try changing real lives. Try being in the public eye where people send pipe bombs. That’s why I laugh at you people.”

Like most things on 4chan, the reason why the community targets Keller is unknown. But if you take just one look at one of the hundreds of shows on his YouTube channel or his 1990s era website, you can make a guess.

In 1989, Keller was convicted and jailed for two and a half years for insider trading. While in federal prison, Keller found God and “received an undergraduate degree in biblical studies from Liberty University in Lynchburg, Virginia,” he states on his site. Keller was released from jail in 1992. Since then, he has produced programs for Christian television stations around the country and spoken out on almost every topic imaginable.

He has debated Oprah regarding her faith, created a 9/11 Christian Center in response to the Islamic community center planned near Ground Zero in Manhattan, and in 2007, he stated that “if you vote for Mitt Romney, you are voting for Satan.”

In 2006, Keller has his first big run in with Internet trolls. These pranksters were from TOTSE (“Temple of the Screaming Electron”), one of the first Web communities in existence that was popular with hackers. They called his live show with sob stories that cleverly worked in references to the theme song from The Fresh Prince of Bel-Air. Some of the best TOTSE calls were compiled in the following video (the best comes at about 2:50).

In the years since the TOTSE raids, Keller has changed how he produces his live show. Each episode now has a three-second delay; callers must first talk to Keller on the phone before he broadcasts them; and he even has a few people visiting sites like 4chan to see what pranks they have planned. This is why most of /b/’s prank efforts have failed.

One 4chan tactic was to have the Sanic hedgehog video—terrible Sonic fanart and loud, distorted music—playing when they called.

“[This is] nothing new,” Keller told me in an email. “Bringing God’s truth to a secular, mostly non-Christian viewer, it is simply part of what we go through. At the end of the day there are always 20–30 percent of viewers who are seriously hurting, looking for help and hope in their time of need.”

Since Thursday’s show, Keller has paid less and less attention to the prank callers. But considering /b/ has helped his show collect between 100 and 300 live viewers on YouTube every night, he may want to embrace the trolls.