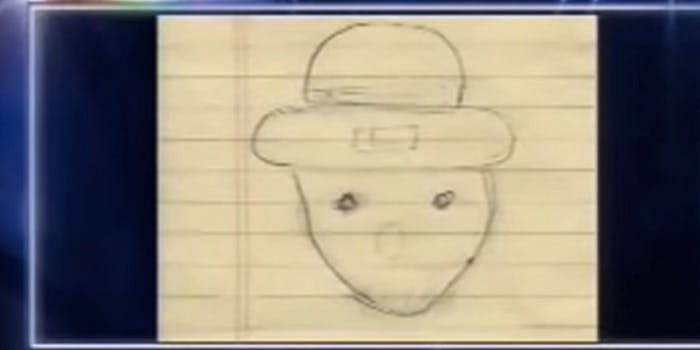 It’s the 10th anniversary of Alabama Leprechaun, the only good video on YouTube

Who else seen the leprechaun, say yeah!

March 17 is St. Patrick’s Day. It also happens to be your faithful reporter’s birthday. But these occasions mean nothing to me. When this date rolls around, I’m not thinking of all the Guinness I’m gonna chug or how many Facebook friends are going to post on my timeline. I’m thinking of what really, truly matters. The spirit of the season—and a guiding light.

It was 10 years ago today that this infamous newscast was posted to a fledgling Web video platform called YouTube. Today, it has over 25 million views and endures as a timeless meme. In fact, the video is remarkable for bridging two concepts of virality at the dawn of Web 2.0: First the notion of an actual leprechaun at large in the Mobile neighborhood of Crichton became the locals’ running joke. Then, once it made the leap to the Internet, people around the country (and world) got in on the fun.

If you haven’t watched the video yet, it’s time. Luckily, the good people at Funny Local News—a channel that demonstrates just how vital the genre has been for YouTube in the past decade—remastered the original.

While the Mobile Leprechaun would go on to inspire some of the earliest known meme remixes, what’s most incredible in retrospect is that YouTube pretty much peaked with the source material. It’s nearly impossible to improve upon. You might watch this once or twice…

…but you’ll always come back to the raw, uncut, and beautifully deranged broadcast. There’s something so infectious about the way everyone involved (news anchors, producers, correspondents, and interviewees) goes full bore on the subject of a Southern leprechaun, never once holding back. It’s as if everyone is complicit in the sheer absurdity of the thing.

And yet, because it predates Internet-ruiners like Jimmy Kimmel, you know it’s 100 percent authentic. The joke isn’t on anybody. At no point must you fear that someone is going to pull the rug out. When all is said and done, you’re left with the impression of a warm, friendly, and funny community that knows how to enjoy a holiday—nothing less.

All of which is to say, YouTube is unlikely to recapture this magic anytime soon. The Mobile Leprechaun is something pure, from another, better, sadly distant time. And we must revere it for the pot of gold it is.