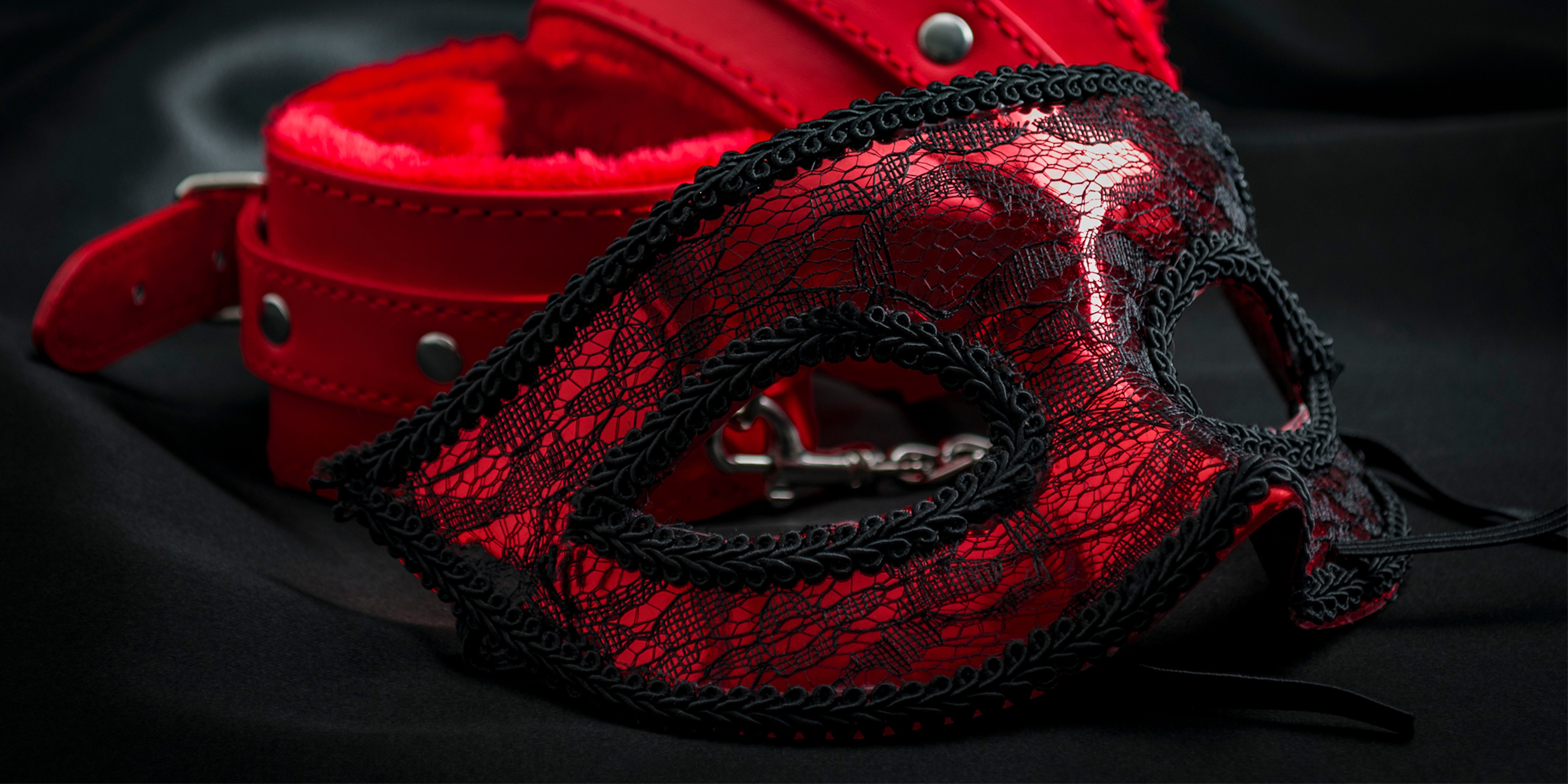 'It’s not as glamorous as one may think… but it can be fun.'

How domination and sex work are portrayed in the media versus what they actually look like are vastly different. These differences aren’t simply irritating; they’re potentially dangerous. As a highly stigmatized, criminalized demographic, portrayals of sex work by non-sex workers are often the only way we’re acknowledged at all, and false ideas can and do have real consequences for us and our work. Luxury spiral staircases, Hollywood-style vanity mirrors, fluorescent neon lighting, and tons of personal space are what you can find in the dungeon spaces in both My Normal and Bonding. While glorious as ever, this is far from reality.

Commercial dungeon lounge spaces for the dominatrixes who spend hours upon hours in their facilities deal with quite the opposite. From the liminal yellow lighting, attempting to beat a full face of makeup in front of the bathroom sink, and taking catnaps between client sessions on the broken-down couches shared with the other 4-6 dominatrixes on-shift, there is a big difference. (Though I will never complain about how quickly this lounge set-up will have you bonding with some of the loveliest, most interesting, intelligent, beautiful people you will have the privilege to lay your eyes on.)

Out of the two New York City commercial dungeons I have worked at over the past few years, there was only one I worked at that had a specific makeup and smoke room that housed a magnificent Hollywood-style vanity mirror with those vintage, big, white bulbs framing the glass. It was my first time ever actually seeing a mirror in that style. It made me feel like a million dollars.

Other than that one Hollywood mirror, I never saw a lounge resembling anything I saw on my television screen. The lounge looks like the backstage of a theater or locker room in a strip club—which are often shown in media—and is portrayed accurately. More often than not, you’ll find lockers lined against walls. Seats and couches fill the rest of the space for those with downtime between clients. Rather than a glamorous space, you’ll see girls set up their own vanity areas with their makeup palettes and mirrors brought from home.

One of the most notable activists is Marsha P. Johnson, a transgender woman, who was one of the first during the Stonewall uprising to fight for LGBTQIA+ rights and other marginalized communities. Johnson later started the STAR House, a shelter for homeless gay and trans youth that she funded directly with the money she made from sex work. The fight for LGBTQIA+ rights has always been alongside the fight for sex workers’ rights. These marginalized communities are often the first to fall into survival sex work—risking themselves at all costs just to make ends meet. Kaniya Walker, a transgender woman, activist, and former sex worker, dedicates her time fighting against and bringing awareness to anti-sex work laws like SESTA-FOSTA, a law banning online platforms and screening tools that sex workers often use in order to stay safe and protected during their work. Those are just a few examples of real heroes within the community.

The majority of the people I work alongside are queer, transgender, non-binary, or gender non-conforming—including myself. It is easier for me to relate to characters in media as I am a femme-presenting, non-binary person who goes by all pronouns and is very fluid with my identity, but I can’t say the same for the rest of my community, which also deserves to be seen and heard.

The second season of Bonding features a much more racially diverse cast and showcases Black and Hispanic dominatrixes. However, the show’s exclusion of Asian dominatrixes, which are a thriving subcommunity in New York City, where the show is based, show that there’s still a ways to go.

What’s the one thing, other than sex, that rules the world? Money. And one of the biggest misconceptions surrounding sex workers and professional dominants is that we lead an extravagant, expensive life. While this is a possibility for some, very large cuts get taken from our pay in a commercial dungeon. In My Normal, viewers see the main character, Natalie, living in a large mid-century-styled apartment on the Lower East Side. But the reality is that if a client is entering a dungeon and paying close to $300 for a 1-hour session, the dominatrix is only making just below 40% of that fee. That comes out to $95 per hour session, not including any gratuity.

It can be argued that our tribute is still decently above a minimum-wage income, and we can live a comfortable life perfectly fine. Really, it depends on much more than basic expenses, as well as what can be considered “comfortable.” Independent dominants, or dominatrixes working outside of a dungeon environment, have the freedom to set their own rates, getting upward of $300 or more per hour session. Comparatively, in commercial dungeons, dominatrixes have less freedom in setting our own rates. But we also save time (and money) on advertising, screening, space, and equipment, not to mention avoiding the risk of putting our credit cards down on a hotel room. Even then, for risking our health and safety on clients, that $95 feels like very little. For those who accuse us of being in this profession “for the money,” these realities show that we truly don’t do this because it’s easy, lucrative, or glamorous.

You simply can’t always believe what is shown in media, so take it all with a grain of salt—it’s fantasy, much like the services we provide to our clients. From basic storytelling like setting to more serious topics like gender inclusivity and livable pay wages, so many things can be missing from the picture that is truly all hidden in plain sight. It’s a very good job when you truly enjoy it, but it’s about time we stop romanticizing what is difficult, meticulous, and needlessly dangerous work.