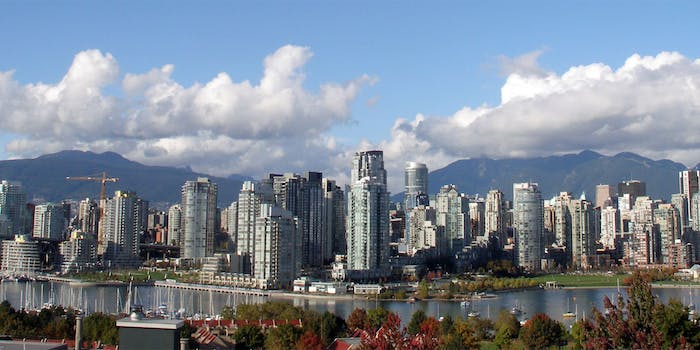 Chances are you've seen this without realizing it.

Vancouver is a staple location for film crews, providing the urban equivalent of an incredibly versatile character actor. But as this video from Every Frame A Painting points out, Vancouver rarely gets to play itself.

Because filming in London, New York, or San Francisco is often difficult and expensive, many films and TV shows decide to use Vancouver instead. In fact, the city is so popular that some movies use different neighborhoods as a substitute for international locations. Watch for Vancouver standing in for Seattle, Eastern Europe, and India, all in Mission Impossible: Ghost Protocol.

If you’re a film buff who knows Vancouver well, this can get kind of annoying. But it’s also very interesting to see how filmmakers use camera trickery to disguise parts of the same city as everything from iconic New York landmarks to alien planets.

Photo via Thom Quine/Wikimedia (CC BY 2.0)