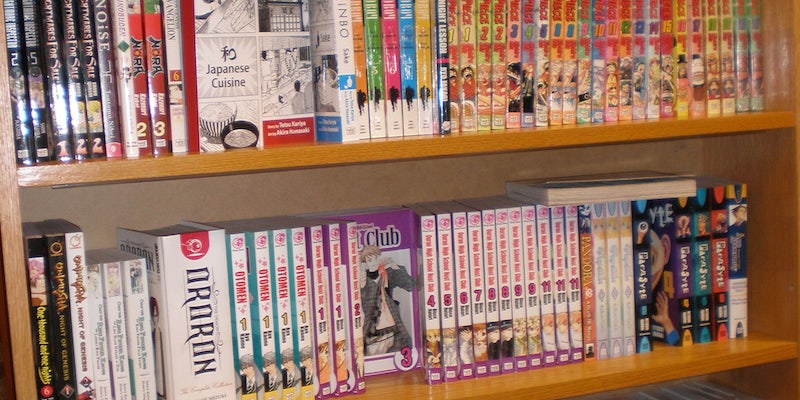 The once-defunct publisher will be reviewing portfolios this week at Comic-Con.

Tokyopop, the once-beloved publisher responsible for stuffing the manga shelves of Borders and bringing titles like Hetalia and Fruits Basket to U.S. fans, famously closed its doors abruptly in 2011. Although it shut down its U.S. operations, it quietly returned to activity in 2013, shepherding its existing titles and occasionally releasing new volumes to complete old series.

This weekend at Anime Expo, the manga community learned that Tokyopop would be officially returning to business. But not everyone is happy, and numerous creators and members of the manga and comics communities are cautioning writers and artists to be wary of the publisher’s shaky track record of retaining rights away from creators. 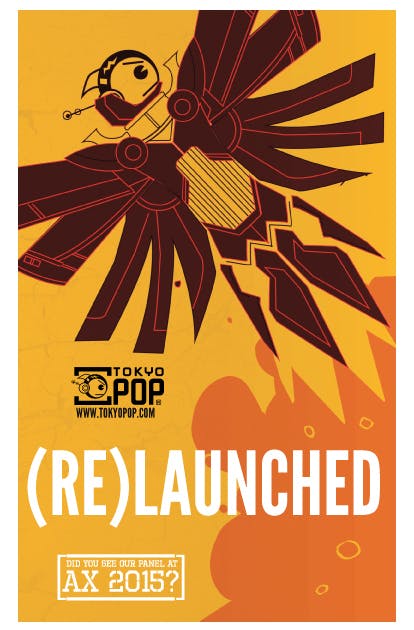 As part of its feet-first dive back into the community, Tokyopop invited artists to bring their portfolios to the panel for review, and announced it would be reviewing portfolios this week at Comic-Con.

At a special panel to detail its return, Tokyopop head Stu Levy outlined a string of alternately cautious and ambitious plans for restarting its business. These reportedly include:

The news about PopComics is particularly interesting, not only because it shows Tokyopop’s desire to access the comics community as well as manga fans, but because it plans to offer creators 70 percent of the ad revenue. It will also give them the ability to access reader statistics and analytics, much like YouTube.

But the plans for PopComics also raise interesting questions about how TokyoPop will deal with the issue of rights for any content published on the platform. Before it closed in 2011, Tokyopop had a string of controversial contract issues, including the notorious instance in 2008 when it asked creators to give up their moral rights—the basic right to be credited as the creator of a work, as well as right of ownership—while joking that moral rights were bad because the French thought of them.

At various points during its earlier history, Tokyopop also denied credit to creators, along with their right to control their own work, made them give up rights to characters they had created, and arguably failed to negotiate fair rates for its contracts.

@debaoki Unless Tokyopop is going to return OEM rights to their creators, I don’t care for anything else they might say.

With Tokyopop trying to re-emerge in U.S. We need to warn creators that no matter how bad you want to be published don't sell your rights.

We would be more excited for #Tokyopop's news if they actually offered their creators a fair contract.

On Tumblr, writer Alex de Campi wrote a widely reblogged post responding to the news about Tokyopop. De Campi is a former Tokyopop creator who had plenty to say about what she saw as the company’s shady rights clauses:

Stu wants creators to pay back the full amount of advances and editorial costs to get rights back (or at least that’s what he told me with Kat & Mouse) BUT my IP was not part of the Tokyopop bankruptcy (none of the OEL was, to my knowledge) which means he already wrote down all those costs when he shuffled the assets around in the traditional game of pre-bankruptcy monte.

That, folks, is why reversion-on-bankruptcy clauses are a surefire way of kissing your work goodbye for-fucking-ever. Also, more insight into Stu!

Writing more generally, De Campi cautioned her readers to understand the ways in which new and young creators can fall prey to disadvantageous contracts. In an email to the Daily Dot, she elaborated that contracts weren’t her ultimate concern regarding Tokyopop:

I will never trust a Stu Levy-run Tokyopop, and part of the reason isn’t how fair they may or may not have “grown” to respond to the market. As I noted in my Tumblr piece, Stu is an ideas guy who will spin New Tokyopop and cloak it in every cool creative-arts buzzword he can find.

However, what sank Tokypop before wasn’t the fairness or unfairness of the contracts (you will always find fools willing to sign bad contracts to be published, sadly)—it was incredibly poor strategic management. I don’t think that’s changed. I don’t think it can change, with DJ Milky still on the wheels of steel.

Whether Tokyopop emerges with a new, more creator-friendly approach to its titles remains to be seen, but one thing seems certain: Plenty of skeptics will be watching to see how the once-mighty publisher will adapt to carve a new niche in an ever-crowded comics landscape.