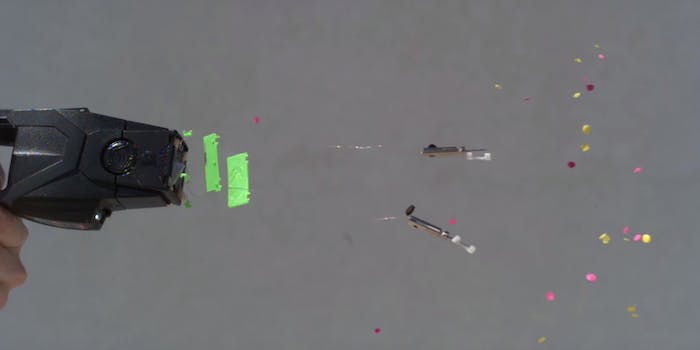 The Taser has become a controversial weapon, as more and more incidents reveal that police often don’t know how to use them and probably shouldn’t be carrying one in the first place.

But what exactly are the mechanics of the Taser?

The Slow Mo Guys tested one out to see exactly what happens when one is unleashed on bare skin. While it looks fairly festive when it’s deployed, those pieces of “confetti” all contain different serial numbers from the cartridge.

Warning: If you’re squeamish, you might not want to watch it all the way through. The second half is not easy to watch, especially when the prong is pulled out.