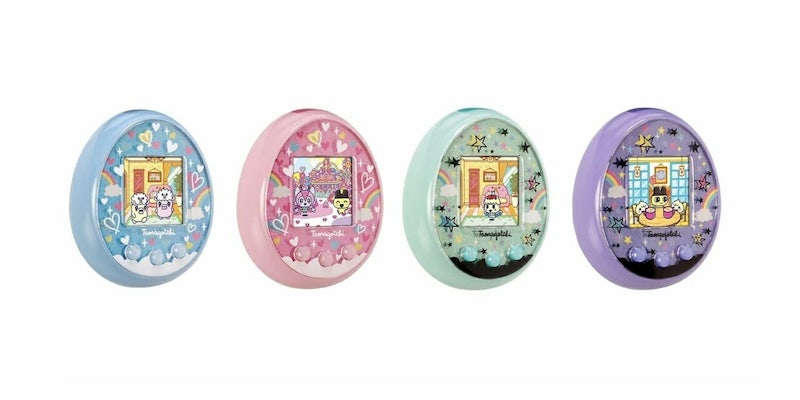 Are you a better parent yet?

Tamagotchi is coming back in a big way. Bandai is reviving the classic virtual pet from the ’90s for a younger, more connected audience with Tamagotchi On, scheduled for release this July.

Tamagotchi is the original virtual pet that spun off dozens of copycats like Giga Pets and Nano Pets. It’s an adorable digital creature that you need to provide around-the-clock care for, just like you would a dog or a cat. You feed it, play with it, clean up after it (yes, it poops), and do your best to keep it alive before it unceremoniously goes kaput.

This isn’t the first attempt at bringing Tamagotchi back to the masses. Previously, newly shelled versions of the classic toy were released at around $15 a pop. The reboot toys were meant as fun impulse buys for anyone looking to relive the carefree days when you carried them on keyrings everywhere—and watched the pets die because you were a terrible Tamagotchi parent.

The new version will come packing quite a few fun new features, including a color screen, which American users haven’t had before. It’s also much larger than the Tamagotchis you remember and has more options for communicating wirelessly with other Tamagotchi On units. Most notably, your Tamagotchi can now grow up and have kids if you keep it alive long enough. You’ll get a shiny new egg to take care of that will eventually grow up to resemble its parents. The circle of life continues.

The Tamagotchi On model isn’t the first to introduce marriages or offspring, as those were introduced in the Japan-only Mesutchi and Osutchi models released in 1997. But seeing the feature included in the newest Tamagotchi format is still exciting for U.S. fans. And with all these updates, there are still only three face buttons to worry about.

The only question is whether we’ve finally evolved into better digital pet parents.