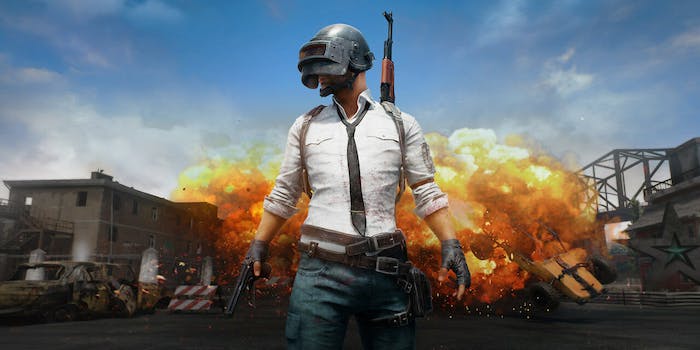 You and 99 other players can now vie for supremacy on mobile.

One of the biggest games in the world is primed to get even bigger. That’s because the mobile version of PlayerUnknown’s Battlegrounds just landed on iOS and Android devices in the U.S. Unlike its PC, Mac, and Xbox One counterparts, PUBG Mobile is free to play. And it’s also fantastic, which wasn’t a given.

Games made for one platform often suffer a downgrade in quality when they get ported to touchscreen devices. This is particularly true for games as complex as PUBG.

PUBG drops players on an island and makes them participate in 100-person deathmatches. Scattered around the large game environment, you’ll find houses and caves stocked with weapons and armor. Your job is to equip the best gear you can find and try to be the last player standing. It’s no easy task because the other 99 players are also looking for great gear. Also, a circle of death begins shrinking on the island shortly after you land, pushing players inward, where they’re more likely to encounter one another to fight.

It’s a brilliant game design, and it became an instant hit when it launched last year. Even so, a good mobile port has never been inevitable.

But thanks to publisher Tencent’s from-the-ground-up re-creation of the game, the whole thing works surprisingly well. It makes several smart concessions to help players ease into the touchscreen controls. PUBG Mobile automatically collects good gear you’re standing near, so you don’t have to fiddle with your inventory constantly. Aim assist helps you steady your weapon on other players. It even puts an extra trigger button on the left side of the screen so you can aim with one thumb and fire with the other.

The elephant in the room is Fortnite: Battle Royale, the mobile version of which is trickling out by invite to iOS gamers. Fortnite’s take on the PUBG formula recently overtook PUBG on PC and consoles. And with its mobile launch, it could do the same on this platform. But here PUBG actually has several advantages.

For one, Fortnite isn’t available to everyone at the moment. You need to request an invite code and wait for it to arrive before you can play. It’s also only available on newer iOS devices, while PUBG Mobile works on a wider swath of iOS as well as Android devices. And while Fortnite has an added layer of strategy with its building mechanic, it can quickly become a headache on the touchscreen interface.

On the other hand, Fortnite supports cross-platform play, while PUBG Mobile doesn’t. Even so, both games are worth trying if you have a device that can run them.