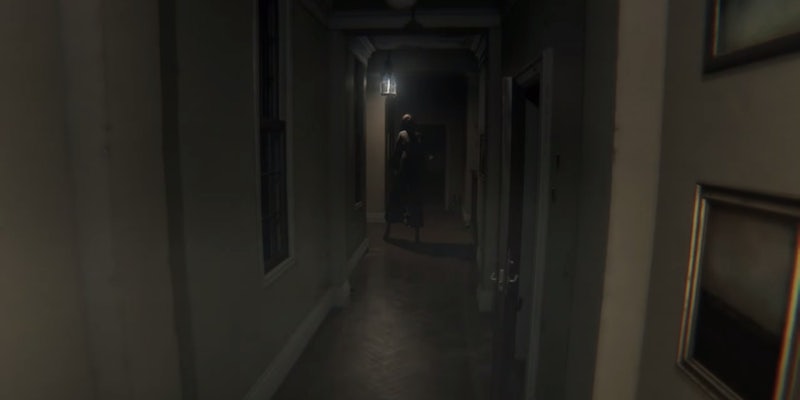 People are selling PlayStation 4 consoles with P.T. installed for $1,500

If you don’t have the Silent Hills Playable Teaser installed on your PS4, you will never play it again.

One of the most compelling, talked-about games of the eighth console generation is gone forever for new customers. But if you have the game installed on your PlayStation 4 console, you can make big money.

The Playable Teaser for the now-canceled Silent Hills survival horror game, that would have starred Norman Reedus and been co-produced by Guillermo del Toro, was terrifying. Photorealistic graphics, a twist of impossible physics, demonic images, and spine-chilling sound design hinted at how satisfyingly scary Silent Hills might have been. P.T. was pulled off the PlayStation Store on Wednesday, which means if you don’t have the game on your PS4, you never will.

That also means a console with P.T. installed is officially a commodity, and some eBayers are actually asking for as much as $1,500 for a PS4 with the Playable Teaser installed to the console’s hard drive.

Though $1,500 seems to be the highest recurring price for a PS4 with P.T. installed. $1,000 is more common. And what may be driving prices is the suggestion that Konami, publisher of the Silent Hill franchise, and a successful video game publisher since the days of the Nintendo Entertainment System, may be planning on leaving the console game development business altogether.

At least that’s what GamesIndustry.biz suggests in an article recounting a trifecta of events that might lead an industry observer to believe Konami is on its way out. First, famed game designer Hideo Kojima’s long standing ties to the company were severed. Then Silent Hills, which was as close to a guaranteed hit as one gets in the video game industry, was canceled. Finally, Konami delisted itself from the New York Stock Exchange.

The idea that Konami might bow out of the console game development is speculative at best. The suggestion still might be enough to make some eBayers think that getting a PlayStation 4 with a copy of P.T. installed might not only be guaranteeing access to a fantastic experience, it might also turn out to be the preservation of an end to a legacy.

That sounds like a more reasonable explanation, if there actually is one, for why someone would pay almost four times the retail price of a PlayStation 4 console for what is in actuality not even a video game, but an interactive advertisement for a game. It was a hell of an advertisement, though.