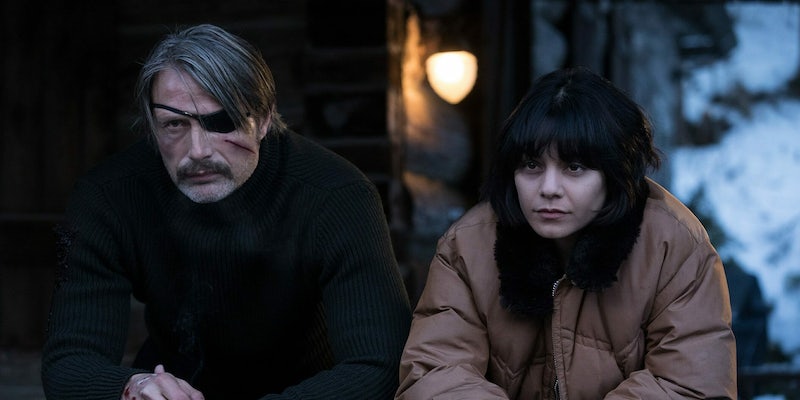 ‘Polar’ is like ‘John Wick’ crossed with a Katy Perry video

Mads Mikkelsen stars as an aging hitman who just wants to retire in peace.

If Netflix’s Polar wasn’t so sexist, it would be amusing, trashy fun. Directed by Jonas Åkerlund (best known for making music videos like Lady Gaga’s “Paparazzi” and “Telephone”), its candy-colored aesthetic feels like Quentin Tarantino by way of Katy Perry. It’s adapted from a 2012 webcomic, but the comparisons to John Wick are obvious, introducing a cartoonish world of elaborately costumed assassins.

Mads Mikkelsen stars as Duncan “Black Kaiser” Visla, an aging hitman. He gives an intense and engaging performance, although that goes without saying. Mikkelsen is consistently brilliant in everything; it’s his taste that’s the problem. For every gem like Hannibal or Arctic (his other new film this year, a nail-biting survival thriller) he’ll make a dubious choice like Clash of the Titans. This time around, Mikkelsen apparently felt the need to produce and star in a misogynistic action movie featuring gratuitous sex scenes with women half his age.

Written by Jayson Rothwell, the plot is ostentatiously silly. The Black Kaiser just wants to retire in peace with his criminal pension (an oddly paltry $8 million), but his former boss (British comedy star Matt Lucas) is having financial difficulties, so he sends a team of assassins to kill Duncan and get the money back.

Polar feels like two separate movies stitched together. While the evil assassins go around slaughtering random civilians or shaking their butts for the camera, the Black Kaiser moves to a small town and befriends a nervous local woman called Camille (Vanessa Hudgens). We know he’ll end up protecting her from something, because it’s that kind of movie. While the female villains dress like Sin City characters, Camille is vulnerable and wears modest cold-weather gear.

Mikkelsen’s half of the film is a stylish, monochrome story with a morbid sense of humor, as the Black Kaiser tries and fails to settle into quiet retirement. I’d happily watch just that storyline, but as soon as the film cuts back to his enemies, it becomes too gratuitously crass to overlook. Overshadowed by fatphobia, exploitative use of women’s bodies, and an unnecessarily extensive torture sequence, the good points just aren’t enough to balance things out.

Polar arrives on Netflix on Jan. 25.