This image has a lot of history behind it.

Jack Kirby’s cover for Captain America No. 1 is arrestingly memorable, a colorful image of Cap punching Adolf Hitler in the face while a Nazi bullet richochets off his stars-and-stripes shield.

This scene is now an iconic image in superhero comics, but at the time it was more controversial than you might think. In 1941 the U.S. had not yet entered WWII, and some readers actually sent hatemail to Captain America’s creators for depicting the superhero in such an overtly political light. 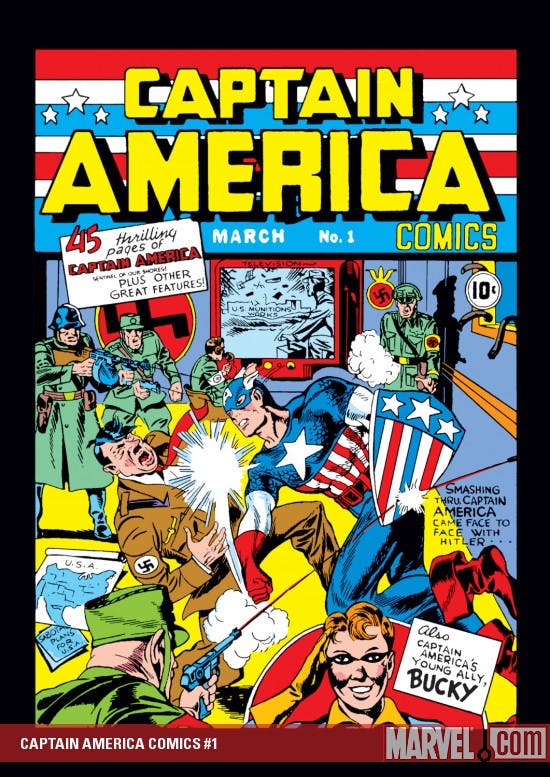 Ms. Marvel was an unexpected smash-hit for Marvel Comics last year, outselling many of the publisher’s established titles and bringing in hordes of new readers. As America’s most famous Muslim superhero, some fans felt that she would make an ideal foil for Donald Trump, who recently called for a “complete and total shutdown” of Muslims entering the U.S. 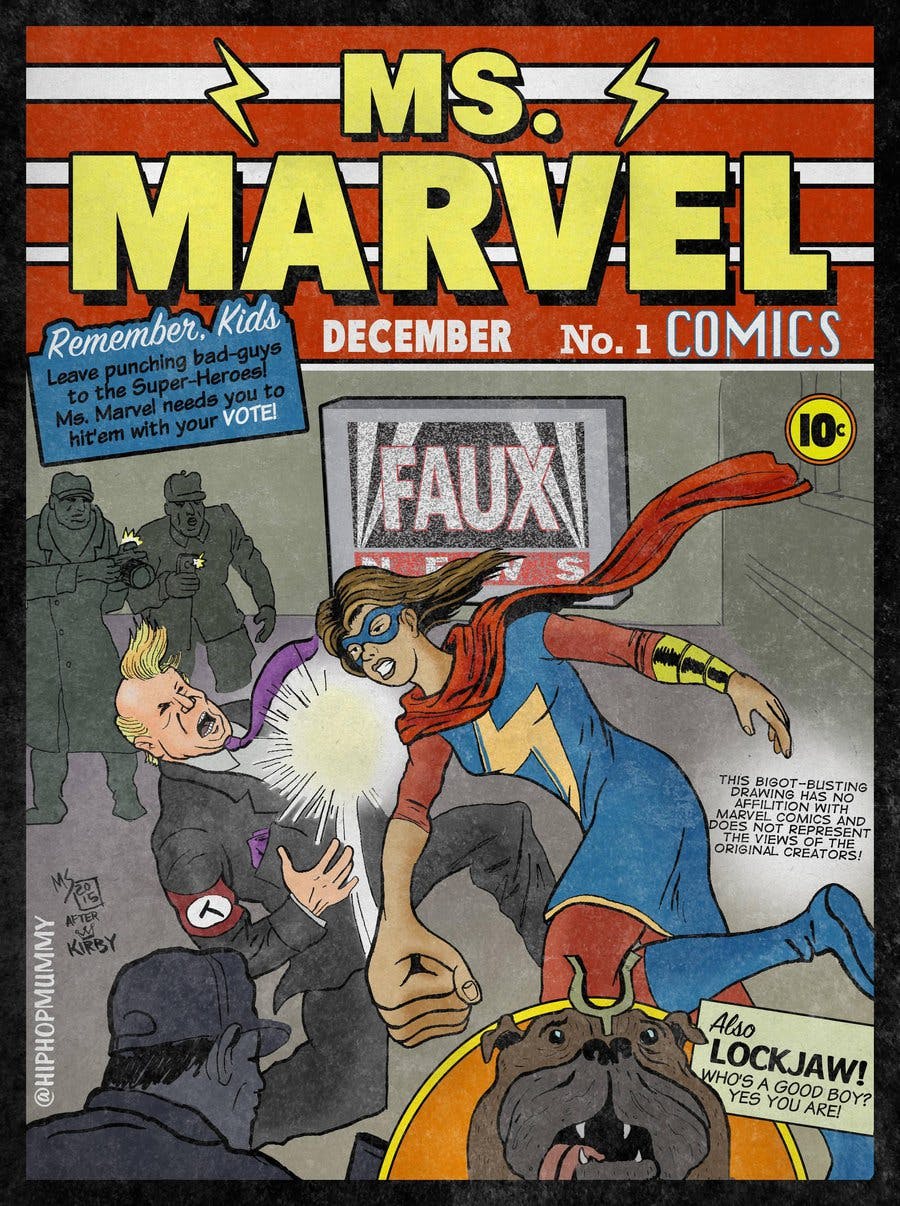 Speaking to the Daily Dot via email, illustrator Matt Stefani told us what inspired him to create the Kamala Khan/Donald Trump parody poster.

“After Trump made those comments about requiring all Muslims to wear ID cards and be heavily monitored, there were a lot of comic fans asking specifically for Kamala Khan v. Trump in the style of Kirby’s Captain America no.1. Not my original idea, but when I saw the outcry for it, I knew I could take a decent crack at realizing the image.”

Stefani usually draws Fallout fanart, inspired by the game’s retrofuturistic aesthetic. “Fallout has this great atomic-age, 1950’s art direction with the fonts and layouts and wording,” he explained. “It’s right up my alley to combine that stuff with my actual drawings.” He lists Norman Rockwell and Gil Elvgren (“the godfather of cheesecake pinups”) as artists he “cribs from” when he’s working on Fallout art, so the idea of a 1940s-inspired Ms. Marvel really was a perfect fit. 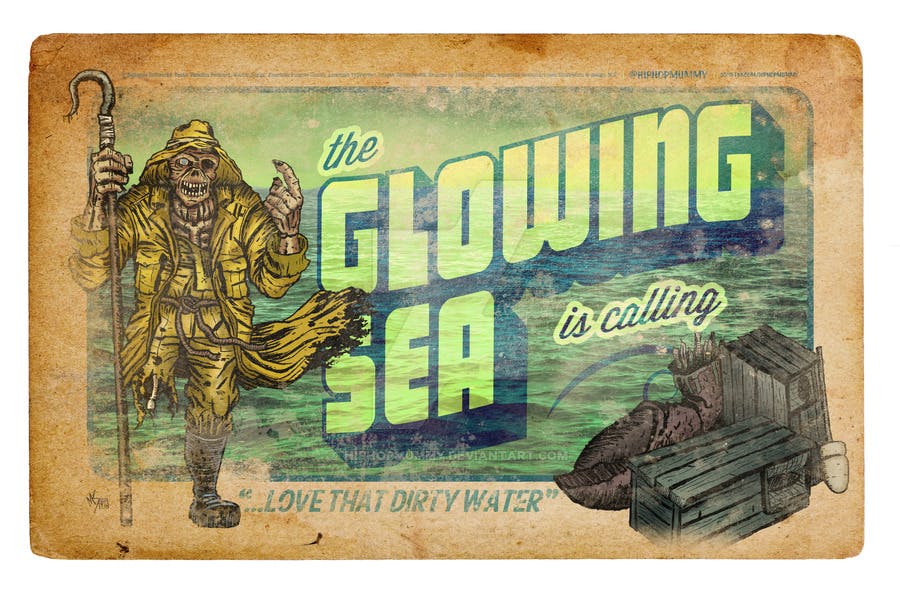 Ms. Marvel is a less openly political comic than Captain America, so we’re unlikely to see this type of homage make an official appearance. However, Captain America’s Hitler-punching spirit remains alive and well in the new title that began this year, Captain America: Sam Wilson. The first issue earned the ire of Fox & Friends by casting a violent anti-immigrant militia as Wilson’s main enemy, a decision that Fox host Clayton Morris described as “going up against conservatives.”

Of course, it’s worth remembering that Donald Trump has a canonical presence in the Marvel Comics Universe. We can’t rule out the possibility of some writer or artist getting election fever in 2016 and giving him a cameo role.