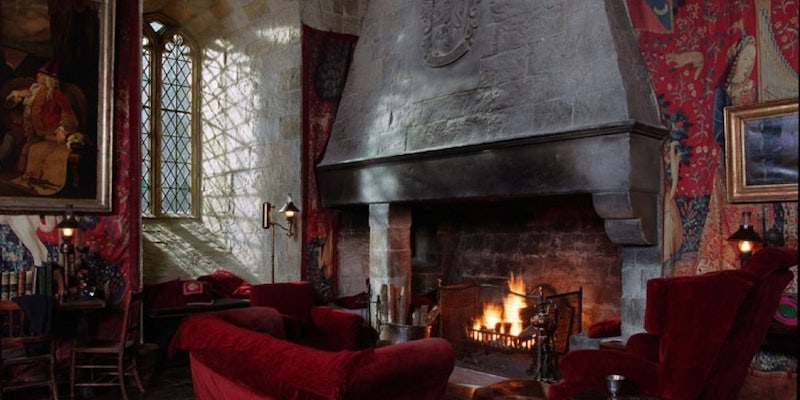 Ditch your white-noise machine for the dulcet tones of Hogwarts

Fans are mixing their own sounds on Ambient Mixer to create the perfect background noise.

“You’re sitting in a comfortable chair in front of the fireplace in the Gryffindor common room as the evening wind swirls against the windows. You’ve got a book to read and a cup of tea that you’ve charmed to stay warm and stir itself on occasion, and even though you have some homework left to do, you feel very much at ease.”

Are you on set for one of the Harry Potter films?

No—you’re online, at a website called Ambient Mixer, where an increasing number of fans have flocked recently to create their own ambient sounds.

The description above comes from an ambient sound mix called “Studying at Hogwarts.” Mixing the faint murmur of people with the sound of flipping pages, a strong wind, and a crackling fireplace, it’s a brilliantly simple way to call to mind the atmosphere of the wizarding castle itself. And it’s just one of an entire sub-category of ambient sounds devoted to the Potter universe. Others include customized sounds for each of the four Hogwarts common rooms, the Quidditch World Cup, and a grim mix we couldn’t bring ourselves to click on featuring sounds from the bleak wizarding prison, Azkaban.

Users can adjust the mixes they hear or customize their own mixes, adding up to eight different sounds with details like “train wheels” and “old castle sounds” to get the precise auditory feel they’re looking for. There’s even “thrilling screams,” for those who like their ambient sounds on the dire side.

Many of the Harry Potter sounds have been created more recently. This is perhaps due to a recently viral post about the website on Tumblr from user dukeofbookingham. In the wake of the post, more and more fandoms have been cropping up on the website, including:

–Supernatural. Choose from “Research with the Winchesters” and “Crowley’s Office.”

–Doctor Who. When you need to buckle down and get serious, take a ride on the Scary Tardis.

–Star Trek. Numerous sounds are devoted to capturing the whir of a star ship as it cruises through deep space.

–Lord of the Rings. Rest a while on the Shores of Valinor, visit Bilbo Baggins or Tom Bombadil, or travel through each of the realms of Middle Earth.

–Attack on Titan. This mix, appropriately called “Total Destruction,” features the screams of the dead, weeping children, and the encouragement to imagine yourself in the first five minutes of the anime.

Many of the ambient sounds also come with their own built-in story to enhance the mood, like this spine-tingling description for “Slender Forest.”

As the trees close in around, you look up to see their black silhouettes, jagged across the darkening sky. The wind whines and howls, rustling the leaves and causing the trees to groan in pain. It’s hard to say if you’re truly alone. You hear no birds, no insects, no life of any kind and yet…. the undesirable urge to look behind you prickles your body. A lump grows in your throat and your stomach turns causing you to go weak at the knees.

Your fight or flight response is kicking in and you know that in this darkness, so lost and vulnerable, you stand no chance.

You step forwards and falter, legs buckling you crash to the floor. You can feel it right behind you, mere inches away. You close your eyes and a tear breaks free and slides down your cheek, you can feel it staring at you. DO NOT TURN AROUND!

You are, of course, in the lair of the Slender Man.

It’s clear that the sounds are doing their job. “Listening to this while writing Harry Potter fanfiction is perfect,” wrote a user named ravenclawhovian on the mix for “Gryffindor Common Room” last week.

If you’re not picky about a particular fandom but you’re into fantasy, sci-fi, or horror, the website has a vast collection of auditory landscapes to match. There’s even a whole subsection devoted to Dungeons and Dragons and other RPG-related sounds.

Sure, it’s not quite the same as slaying a dragon, traversing a steampunk city, or tasting the heat of a post-apocalyptic desert. But it’s the next best thing. And who knows? It just might give you the inspiration you’ve been needing to finish that latest fanfic.