This Kickstarter for a hardback book of 'Hannibal' fanart has found its perfect audience.

Hannibal may have suffered an untimely death at the hands of NBC this year, but the show’s fandom is thriving. In fact, it’s doing well enough to fund a $35,000 Kickstarter to publish a book inspired by the show.

Organized by illustrator Aimee Fleck and edited by Tea Fougner, a group of fannibal artists and writers have joined forces to produce RAW, an anthology of fanfiction, comics, and art. 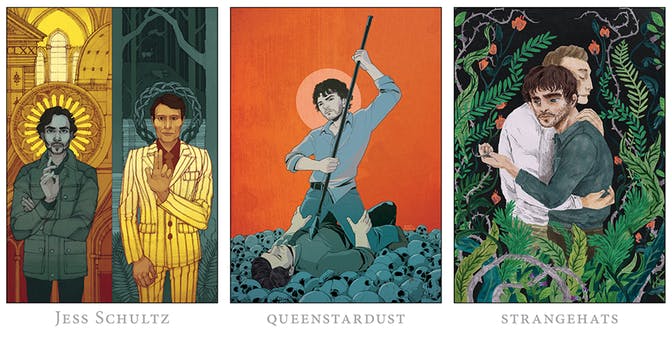 Even by the high standards of fan culture as a whole, Hannibal fandom is extraordinarily creative. The show’s rich visual and narrative symbolism has inspired intense analysis, and the RAW Kickstarter campaign follows in the footsteps of other projects like Hannibal themed dinner parties. It also harks back to the pre-Internet era of print fanzines, although none of those classic Star Trek and Man from U.N.C.L.E. zines came in the form of 200-page hardback books.

“I’ve always been interested in the intersection of publishing and fandom,” RAW organizer Aimee Fleck told the Daily Dot. “But I think the idea of doing a serious anthology solidified for me at the launch for [Captain America fanzine] BROOKLYN last year—one of the attendees, Deb Walsh, brought her phenomenal collection of classic fandom zines, including some of the very first Star Trek ones. I was blown away!”

Like RAW, BROOKLYN was a slash anthology, aimed specifically at fans of Steve Rogers/Bucky Barnes fanfic and art. RAW expanded on this idea by including prose fanfic about the Will Graham/Hannibal Lecter romance that became such a driving force among Hannibal‘s audience. 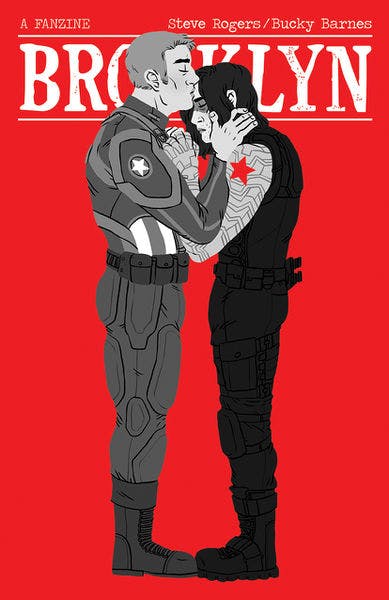 Fleck describes BROOKLYN as a cross between a curated art book and a Big Bang, a popular type of fanfic challenge where writers and artists collaborate on novella-length illustrated stories. “I wanted to do something… where there’s space for all the participants to talk to each other and help each other and have fun, but run similarly to an illustration or comics job.”

After taking applications from around 150 fans, Fleck and her co-editor Fougner selected 50 writers and artists to work on RAW. Most of them are only known within Hannibal fandom, making this one of those lucky crowdfunding campaigns whose product and audience are in perfect alignment. A $20 hardcover book of cannibal romance art is a pretty niche item, but the target audience was already handily collected in one place: Tumblr. 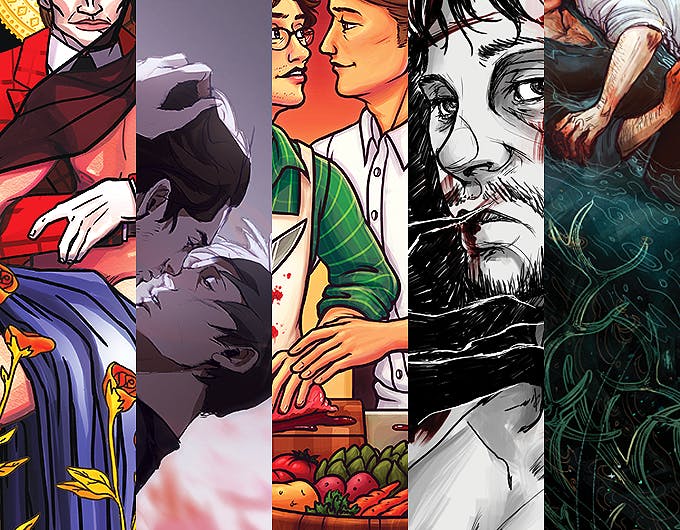 In the world of fanworks, RAW‘s runaway success raises inevitable questions about copyright. While fanart is frequently sold online and at conventions, making money from fanfiction is considered a serious no-no, especially among fans themselves. So, is RAW profiting from characters that belong to Thomas Harris and NBC?

Basically, no. The Kickstarter is non-profit, with the proceeds going straight toward paying for the book and various stretch goals like lapel pins and bookplates. However, the issue of payment is still complex, because as Fleck points out, “creative and artistic labor is real labor.”

“Both myself and my co-editor Tea feel really strongly about paying artists and writers,” she explained, but as a compromise to copyright fears and the community’s discomfort with for-profit fanfic, RAW‘s participants are being compensated with five to 10 copies of the book instead of a typical commission payment.

The popularity of RAW  and BROOKLYN makes us wonder if we’re entering a new era of print fanzines—or if we’re there already. Ten years ago, when the fanfic and fanart sides of fandom were divided between Livejournal and Deviantart, propped up by fanfic archives and private sites, a project of this scale was virtually impossible. But with the virality of Tumblr and the reliability of sites like Kickstarter, zines might just have a chance again.