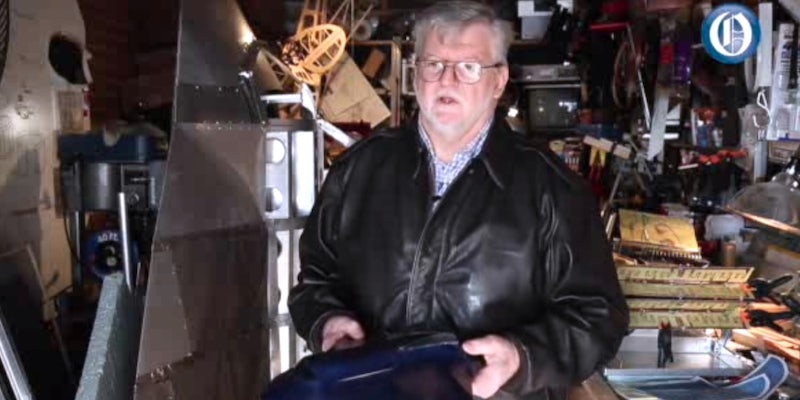 In Omaha, Neb.—a mere 263 miles from the (future) birthplace of Captain James T. Kirk—a dedicated Star Trek fan and adjunct science professor at the University of Nebraska at Omaha is attempting to build what no one has built before: a working warp drive.

According to the Omaha World-Herald, David Pares is bringing the pieces of what could be Earth’s first warp core together in his cramped garage. His very amateur machine involves a motor that is, with only 100 watts of power, slowly able to compress space around a set weight, thus moving it forward.

While the project seems far fetched, it’s actually got some support from scientists in the field.

Retired University of Nebraska at Omaha physics professor Jack Kasher told the World-Herald, “A lot of people are going to flat-out dismiss it off the top, but I think he’s crossed some kind of bridge here. Just showing this is possible with reasonable energy. It wouldn’t surprise me if NASA latches on to this.”

That’s good news for science fiction fans who dream of shipping off to unexplored galaxies.

Pares is several decades ahead of Zefram Cochran, who, according to Star Trek canon (and as specifically outlined in Star Trek: First Contact), first attracted the Vulcans to Earth with his own warp drive.