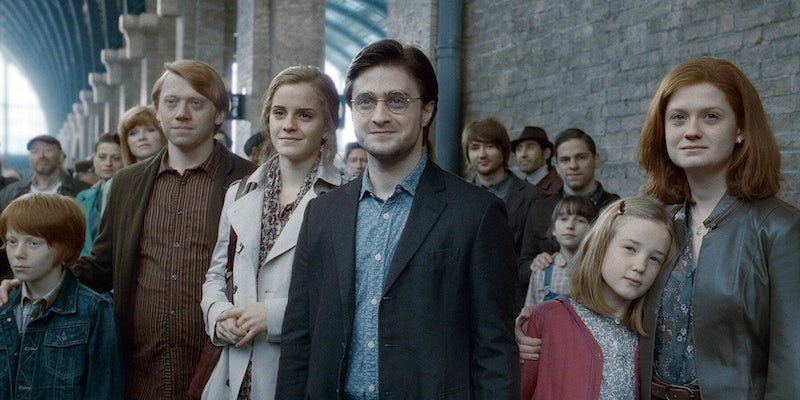 All your old ‘Harry Potter’ fanfic is moving

Beloved 'Harry Potter' fanfic site FictionAlley to merge with Archive of our Own.

If you were around during the heyday of Harry Potter fandom in the early 2000s, there’s a good chance you used FictionAlley.

Launched in 2001, FictionAlley was a hub for Harry Potter fanfic and discussion forums, split into four “houses” for different genres: “Schnoogle” for novel-length fic, “the Dark Arts” for darker stories, “Astronomy Tower” for romance (referencing the trope of Hogwarts students using the Astronomy Tour as a makeout spot), and “Riddikulus” for comedy. After 17 years, the entire archive is moving to a new location at the fanfic behemoth Archive of our Own.

Ao3 is a massive, fan-built archive, and has absorbed several other vintage archives with its Open Doors program, preserving fanworks that might otherwise have vanished offline. Open Doors and FictionAlley co-creator Heidi Tandy posted this statement, explaining that fic and art will move to AO3, while other vintage content will remain at FictionAlley

“In JKR’s Wizarding World, one comes of age at 17; as FictionAlley has reached its 17th year, it’s time for the fic and art to move to a larger database – the Archive Of Our Own. Forums/Park posts, blogposts, tutorials and pre-2006 essays are still hosted at FictionAlley.org.”

For a lot of millennial Potter fans, this will be a blast from the past. FictionAlley was home to a lot of nostalgic faves (and embarrassing pre-teen writing), and this gives fans a chance to revisit some classic works.

Harry Potter was a turning point for fandom in general, bringing fanfic into the mainstream, and plenty of fans are still writing fanfic elsewhere—or are now bestselling novelists. You can find a full history of the archive at Fanlore, including interviews with some of its creators.

Of course, if you’re less than enthusiastic about your ancient Harry Potter fic seeing the light of day, you can message Ao3 and make sure your work doesn’t get transferred. All you need is your old FictionAlley username and email, and you can request that the fic be deleted or reposted anonymously. The big move is due to take place on Sept. 1—the start of the Hogwarts school year—so you still have a while to make your decision.