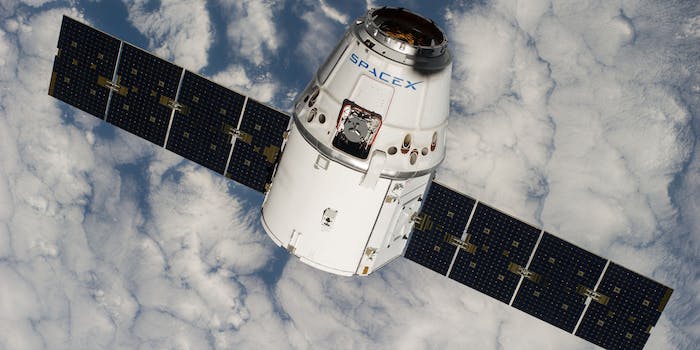 There is now a SpaceX drone ship called "Of Course I Still Love You."

SpaceX founder Elon Musk shared the names on Twitter, saying that one of the autonomous spaceport drone ships (presumably the one that was damaged during the recent Falcon 9 landing mission) had just been named “Just Read the Instructions,” while another is called “Of Course I Still Love You.”

The SpaceX drone ships were named after two such vessels, although those are not the strangest names they could have chosen. Among others, the Culture series includes starship characters named Kiss My Ass, Screw Loose, and Youthful Indiscretion, which wouldn’t sound nearly as majestic as SpaceX’s current choices.

Iain M. Banks passed away in 2013, and is widely regarded to be one of the greatest science fiction writers of his generation. Elon Musk confirmed in a later tweet that the drone ship names were intended to honor the author’s legacy.