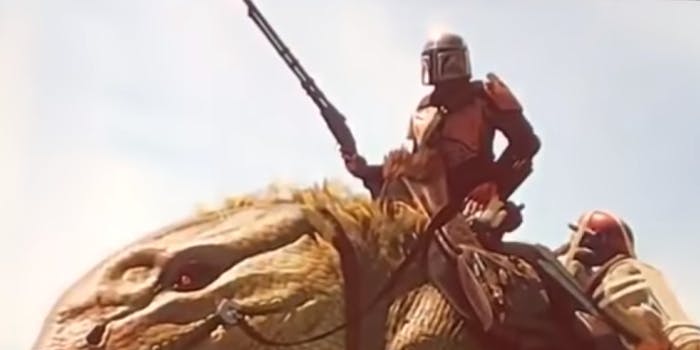 While many fans welcome any new Star Wars addition with open arms, some recent installments of the franchise have viewers approaching with caution. When Disney announced The Mandalorian in late 2017, even longtime Star Wars fans were uncertain. News that Disney and Lucasfilm spent a massive amount of money to create the series, however, has some fans re-thinking their apprehension.

Each episode of the upcoming series cost approximately $15 million to create, according to the Wall Street Journal. That’s nearly the same amount HBO spent on the most recent season of Game of Thrones.

While better funding doesn’t always equal better quality, the news was met with enthusiasm from fans. Star Wars is too ambitious to do right without proper funding, and pulling off a show like The Mandalorian was never going to be easy.

The upcoming series takes place five years following the events of Return of the Jedi. It will follow a lone Mandalorian fighter, played by Game of Thrones’ Pedro Pascal, on his adventures through the galaxy.

The Mandalorian will be released on November 12 on Disney+.