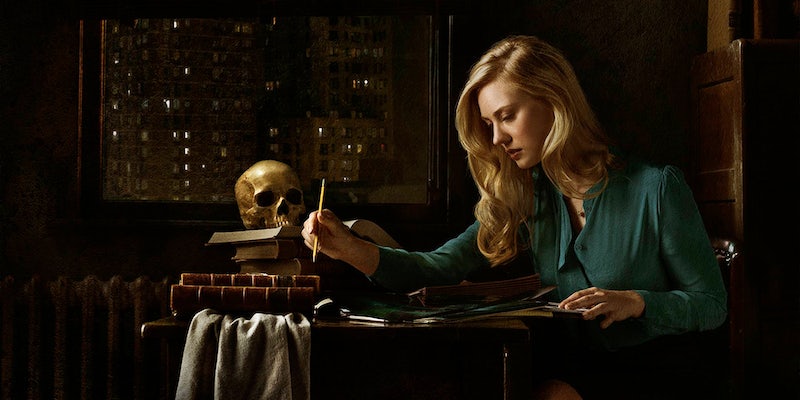 The posters for 'Daredevil' season 2 are full of Catholic imagery from artists like Caravaggio and Michelangelo.

Daredevil prides itself on being a sophisticated alternative to network superhero shows, and that includes launching a rather lofty advertising campaign.

Inspired by the work of artists like Michelangelo and Caravaggio, Daredevil‘s season 2 posters are packed with religious imagery. After coming across an Imgur post comparing three of those posters to their historical counterparts, we decided to take a closer look.

Karen’s poster is the most obvious, thanks to the unexpected presence of a skull on her desk. It’s clearly inspired by Caravaggio’s “Saint Jerome Writing,” whose title is self-explanatory: The Catholic saint is hard at work at his desk, accompanied by a skull as a memento mori—a symbolic reminder of death and mortality.

Caravaggio is a very appropriate choice for Daredevil, as his work is both passionate and steeped in Catholic imagery. Matt Murdock’s Catholicism, of course, is one of the ongoing themes in the show. As for Karen, she spends a lot of time digging through paperwork for clues on Nelson & Murdock’s latest case—and, as the skull implies, she has a dark and mysterious past.

The second Caravaggio-inspired poster belongs to the Punisher, the lethal vigilante who will make his debut in season 2. Unlike Karen, who is depicted as a scholar with a specter of death in the background, the Punisher gets a more warlike pose: David holding the head of Goliath. 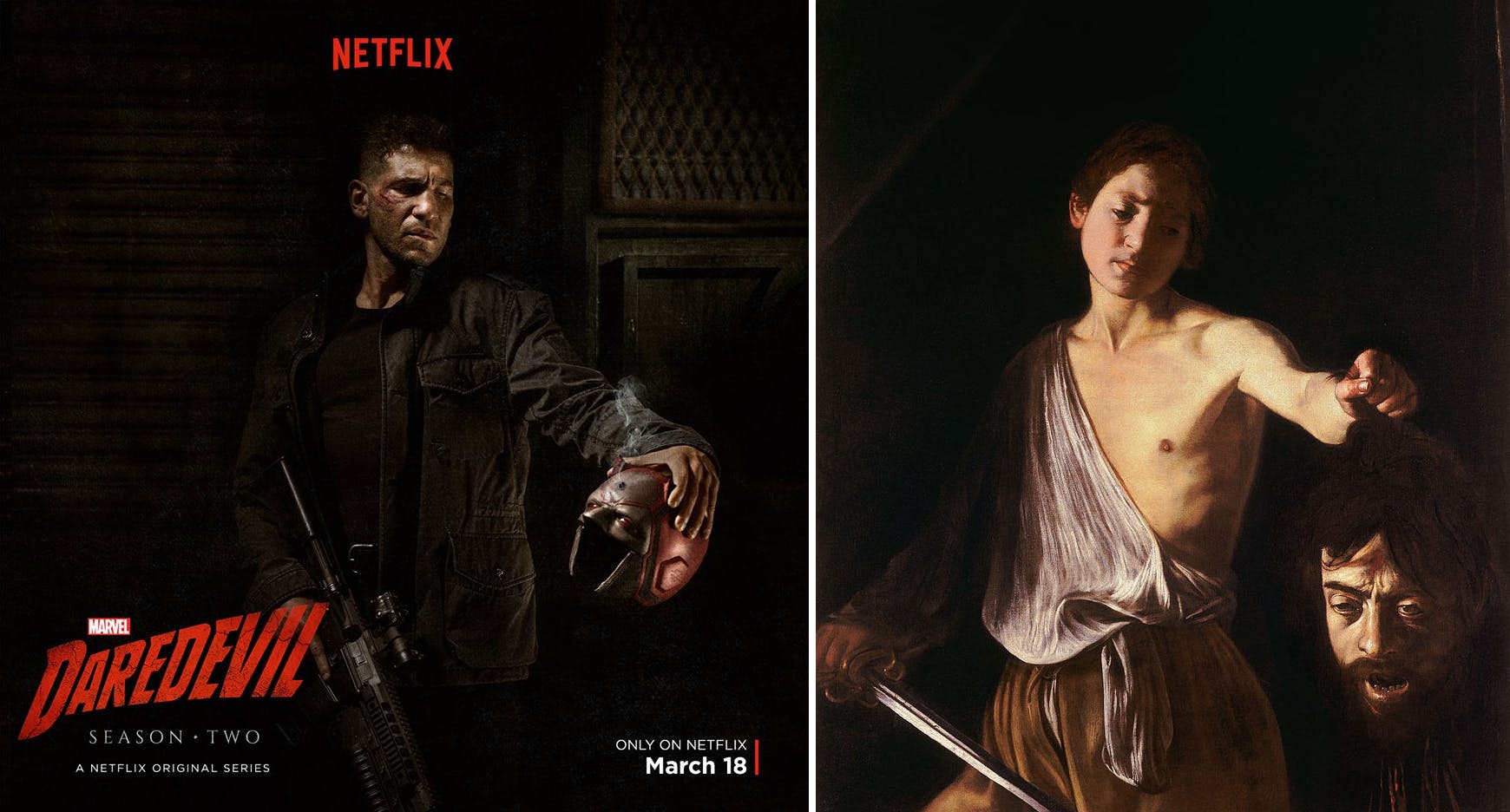 The mythology doesn’t quite line up here—is Daredevil really Goliath to the Punisher’s David?—but it’s certainly effective. Worryingly, Daredevil’s helmet has a smoking bullet-hole in the forehead, much like the killing blow from David’s slingshot. Look out, Matt Murdock.

Daredevil’s own poster is a little harder to identify, although we’re pretty sure it’s Saint Sebastian. The original Imgur post links it to a painting by the 17th century Flemish artist Peter Paul Rubens, but there are plenty of Saint Sebastian paintings to choose from. Whichever one it is, Saint Sebastian is a fitting choice for Matt Murdock: a beautiful, tormented martyr. 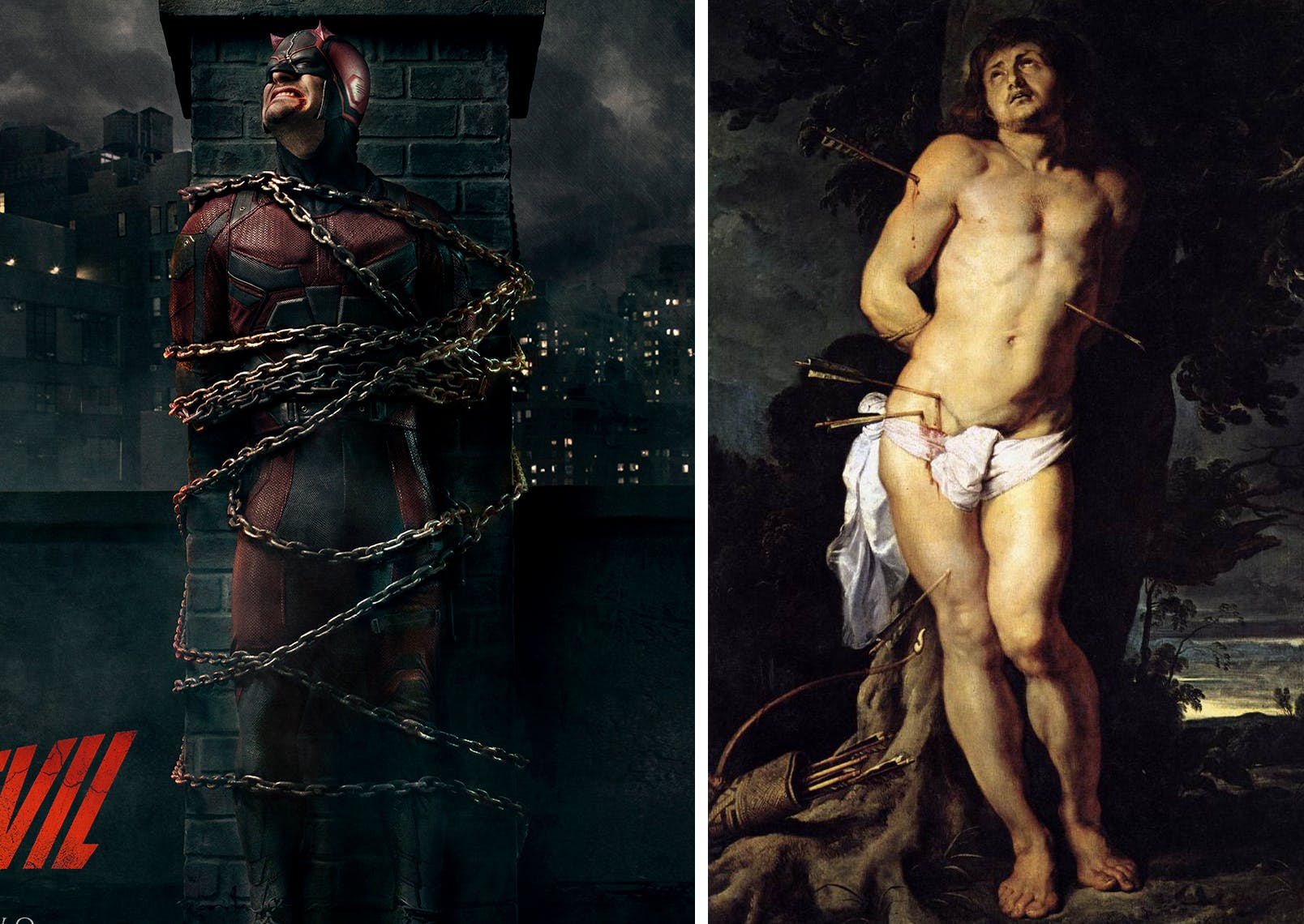 For a more complete guide to Sebastian-related art, we recommend Mallory Ortberg’s piece in The Toast: “The Martyrdom Of Saint Sebastian, In Ascending Order Of Sexiness And Descending Order Of Actual Martyring.” Despite his actual role of being shot with arrows while tied to a tree, Saint Sebastian became something of a homoerotic icon in religious art, depicted as mostly nude and oddly unbothered by his impending death.

There are still a couple of posters we haven’t identified (Foggy Nelson waiting in the street, and Elektra standing over her defeated enemies). 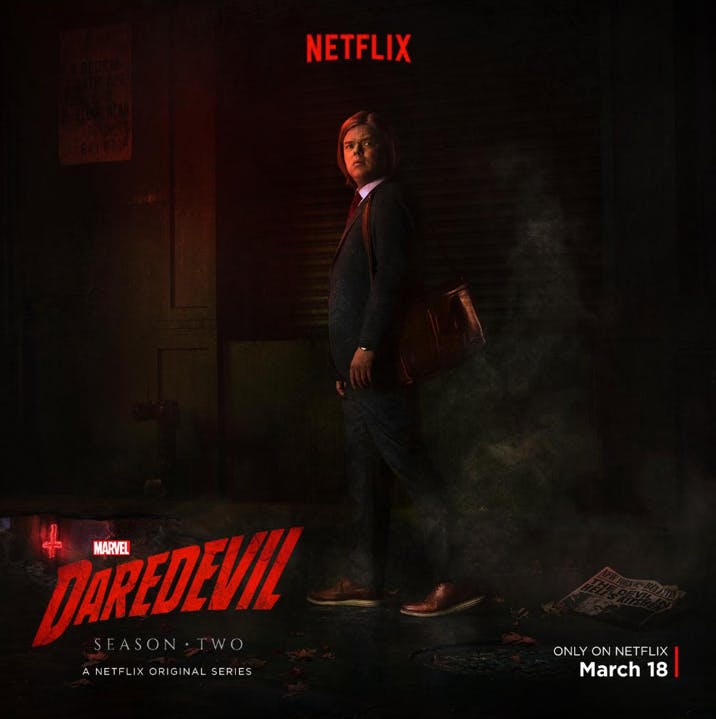 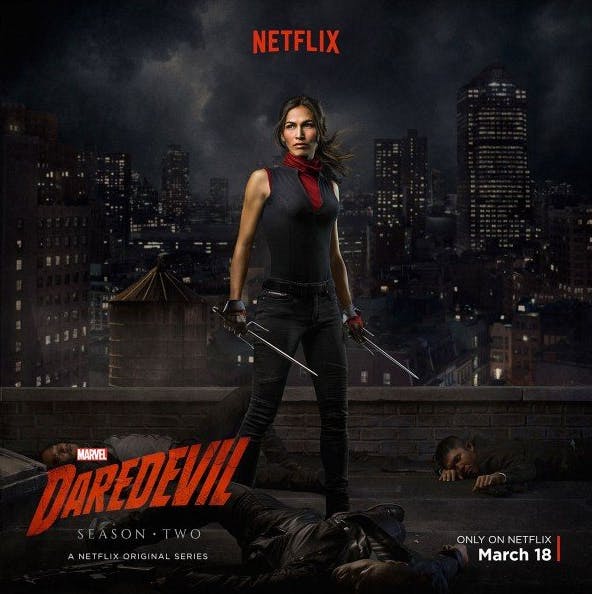 We know, however, that the main poster for season 2 was inspired by Michelangelo’s Last Judgement. 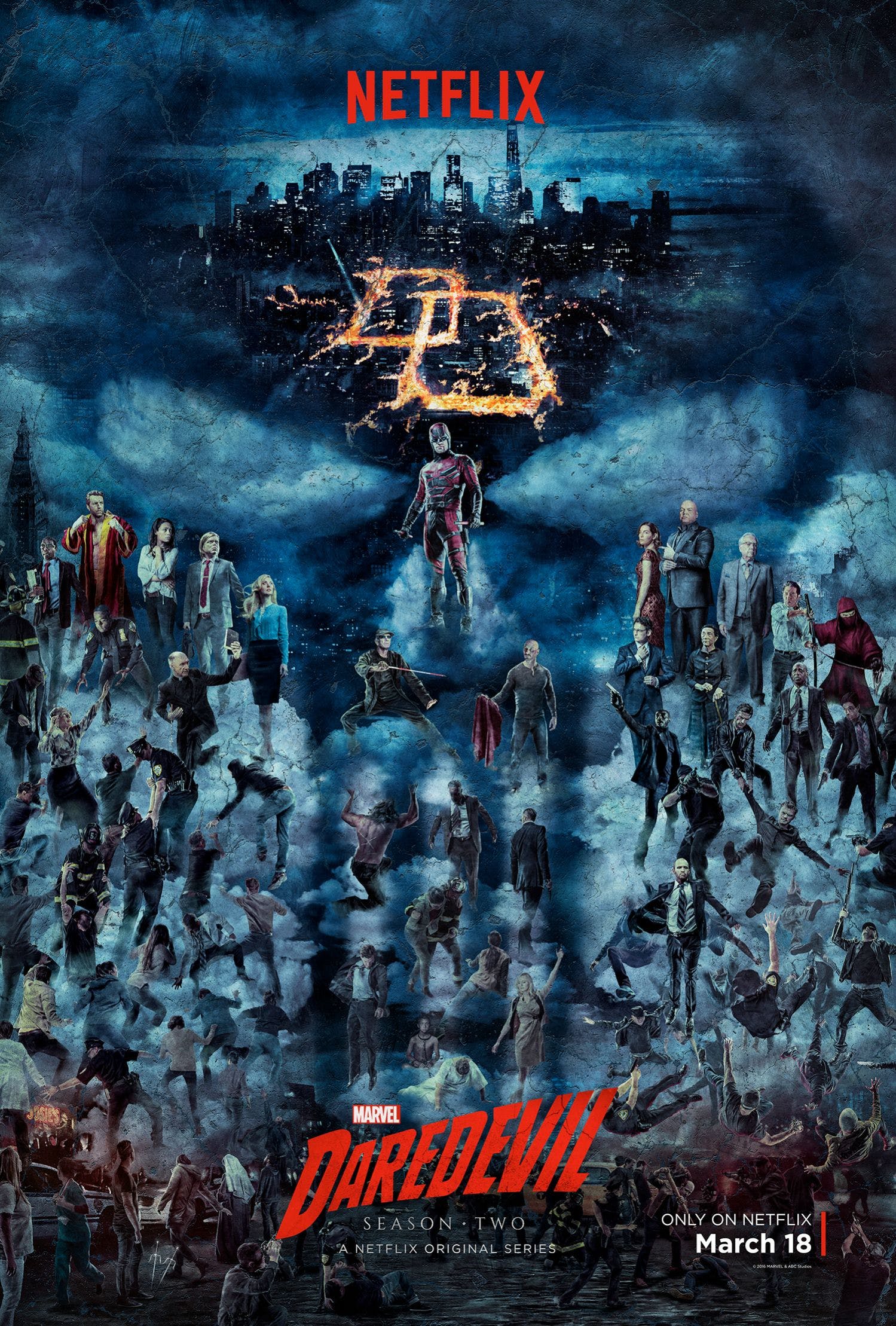 While it may look a little overcomplicated for a TV poster, it’s an interesting take on Michelangelo’s fresco in the Sistine Chapel, which shows the second coming of Christ. The Daredevil poster includes key characters from both seasons, including people like Ben Urich and Wilson Fisk (who are now out of the picture), and hints of new characters like Elektra (whose sai blades have been stabbed into the ground.)

In the Last Judgement, Christ is pictured in the center, with people rising to heaven on the left hand side and descending to hell on the right. In a similar vein, Daredevil‘s good guys and innocents are on the left (some of whom are “saving” other citizens by pulling the upwards), while the villains, gangsters, and corrupt cops are on the right, plummeting to their doom.

Daredevil stands over everyone in judgement, which is precisely the kind of imagery that Matt Murdock would find deeply uncomfortable as a lifelong Catholic. But hey, he made his crime-fighting bed, and now has to lie in it.