Photo via Magic: the Gathering

The late, legendary fantasy artist behind some of Magic: the Gathering’s most iconic cards

The following is an excerpt from A Brief History of Magic Cards, a new book exploring the the real-life, human history of Magic cards, currently wrapping up funding on Kickstarter.

Christopher Rush (1965-2016) was one of the original artists for Magic: the Gathering, which

phenomenon that has grossed well over a billion dollars. Rush did the art for 120 Magic

phase”—earning him handsome royalty checks, as well as widespread acclaim and

recognition as a preeminent fantasy artist.

history. With his other game credits including Pokémon, Rush made a living as a

freelance fantasy artist. At his passing, in February 2016, he was hailed as a genius and

a legend by sites like Whatsageek.com, Neogaf.com, and of course, magic.wizards.com.

I caught up with Rush in early November at Magic’s 2,012-person tournament, Grand Prix SeaTac, for what would unfortunately be one of his final interviews. 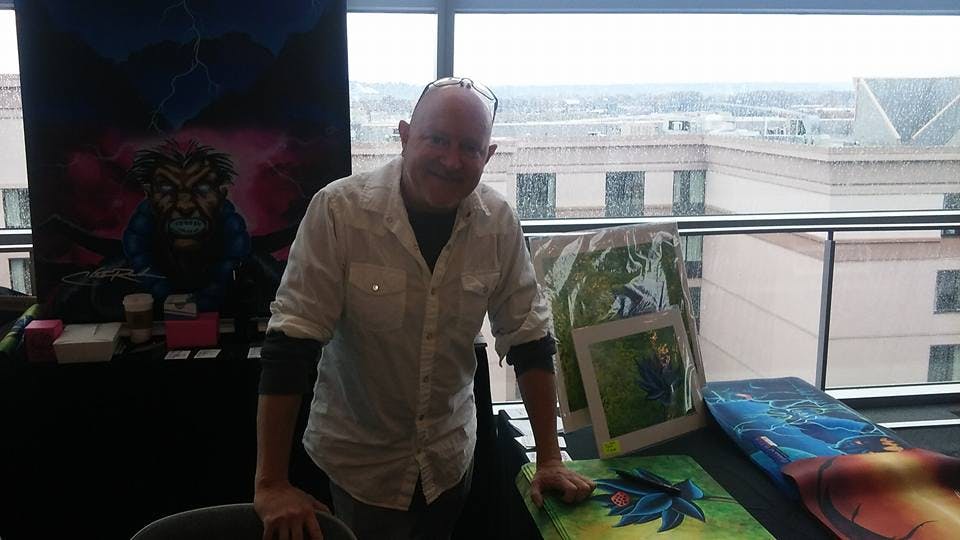 What was it like illustrating for Magic in the beginning?

We were in Peter Adkison’s basement. For Alpha, we were paid $50 per piece. Some of us had to make 25 pieces of art, just so the game could get published on time. I got lucky that some of the cards I illustrated (Black Lotus and Lightning Bolt) are iconic and played to this day, but we all got lucky that they paid us with stock and royalties.

How did that work out?

Does Wizards [of the Coast, Magic’s parent company] still do this?

No—they stopped doing this around Mirage, in 1996.

What else has changed since then?

It was in 1997, around Weatherlight, that Wizards first published a style guide, since they decided they were trying to make a story within the game. That changed everything. 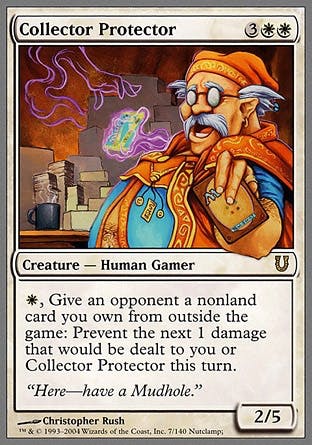 How does the current art get done?

How much do they get paid?

The pay is roughly $1,200 per piece, which is one of the best rates in the fantasy business.

When did you stop?

I last illustrated for Magic in Coldsnap and Time Spiral, in 2006.

Why did you stop?

They were taking the art in a different direction, with a bigger emphasis on photorealism. I’d come back if I got to do things that were more my style.

Help A Brief History of Magic Cards reach its stretch goals! Give to the Kickstarter by