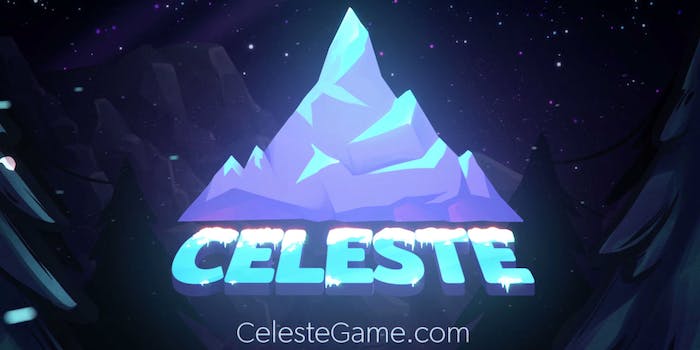 The developers have yet to confirm the online fan speculation.

Celeste’s ninth and final chapter, titled Farewell, was released on Monday to cap off the narrative of the critically acclaimed platformer, created by developers Matt Thorson and Noel Berry. Eagle-eyed online sleuths have noticed details in the chapter’s final moments that may point to a radical development for the main character’s backstory.

In one of the ending screens for the DLC, Madeline is shown to have both a Pride and Transgender flag by her computer monitor. In addition to this, Madeline’s nightstand has a photo of her with a woman, and she has notably shorter hair. The last piece of possible evidence that fans are theorizing over is a prescription pill bottle, which may be medication for the anxiety and depression Madeline canonically grapples with or hormone replacement therapy drugs as some are now speculating.

Some online are saying that the flags on Madeline’s desks could merely represent Madeline’s allyship or signal support directly from the developers for the LGBTQ+ community.

Additionally, critics are also stating that lack of confirmation from the developers surrounding Madeline’s backstory relegates the possible great example of representation to just queerbaiting. The term “queerbaiting” refers to creatives intentionally approaching the subject matter of their characters possibly being queer to attract an audience without actually making the character’s queer status definitive or relevant. J.K. Rowling has often been criticized for retroactively queerbaiting her work by stating that a character such as Dumbledore was always gay without having that information hold any relevance to the narrative.

Lead developer Matt Thorson did not immediately respond to the Daily Dot’s request for comment. Therefore, any speculation on Madeline’s queer status is simply that: speculation. However, it might be a calculated decision on their part.

By hiding the details in a sort of Easter egg format at the end of the game, the developers are somewhat avoiding the attention of bigots who would engage with Celeste solely to bash the inclusion of a transgender protagonist. Recently, the mere jovial suggestion that the bee from Minecraft may be trans attracted the ire of several fans who would not let this be.

Celeste is currently available for Nintendo Switch, Playstation 4, and Xbox One. It is also on Steam and the Epic Games Store.