Where all the Marvel characters stand after ‘Captain America: Civil War’

After 'Civil War,' the Avengers are in disarray. Here's where everyone stands now the dust has settled.

Captain America: Civil War ends with the Avengers in disarray, and the conflict over the Sokovia Accords completely unresolved. The film’s epilogue is basically a montage of open-ended questions, leaving us to speculate during the two-year wait between now and Avengers: Infinity War, Part 1.

So, in the wake of Civil War, where do all the characters stand?

At this point, where Tony Stark should be is in therapy. Lots of therapy. On top of the PTSD that contributed to his decision to build Ultron, he still hasn’t dealt with the death of his parents. The Winter Soldier assassination plot twist was a huge shock to Tony, but his most illuminating scene was his speech at MIT.

Instead of talking about his issues with a professional, Tony spent hundreds of millions of dollars building a virtual reality machine to relive the last time he saw his parents, altering events to provide a more idealized outcome. This is basically the living definition of “not coming to terms with your problems.” 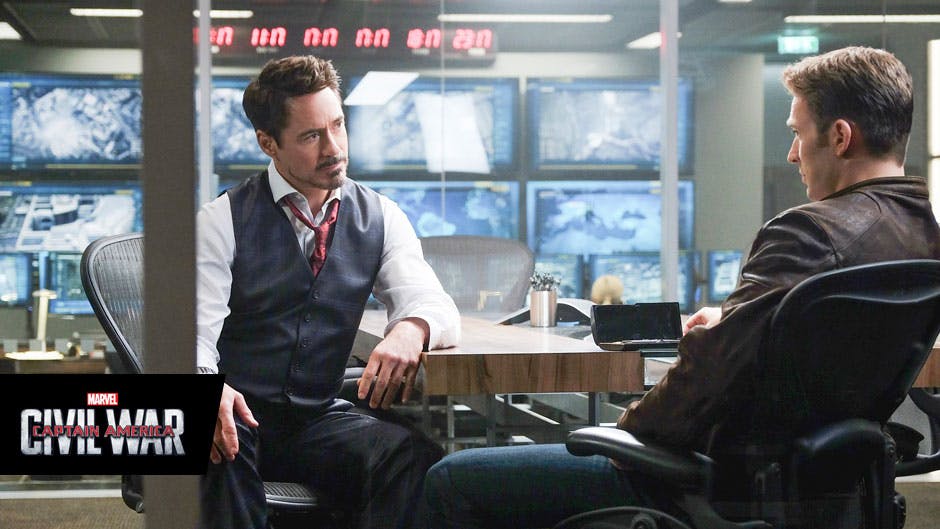 Civil War saw Tony Stark try and fail to improve the world through politics, partly motivated by guilt over the deaths he caused by creating Ultron. He has every reason to support superheroes being guided by a greater moral authority, but the Sokovia Accords blew up in his face. He’s now the public face of a law that he’s already flouting in private, first by going after the Winter Soldier, and later by accepting Steve’s emergency burner phone at the end of the movie.

Tony’s next appearances is a cameo in Spider-Man: Homecoming next year, but we’re mostly interested in what he does in Infinity War. Will he still be operating as the leader of the Avengers under U.N. oversight, or will this storyline fade into the background?

After abandoning his shield in Siberia, the implication is that Steve has abandoned his identity as Captain America. This raises interesting questions about whether he’ll resume that role in Infinity War, or if Bucky Barnes or Sam Wilson will pick up the mantle instead.

One tempting (if unlikely) possibility is that he’ll start calling himself Nomad, a persona Steve Rogers sometimes adopts in the comics. If he does, we hope he starts using this incredible costume: 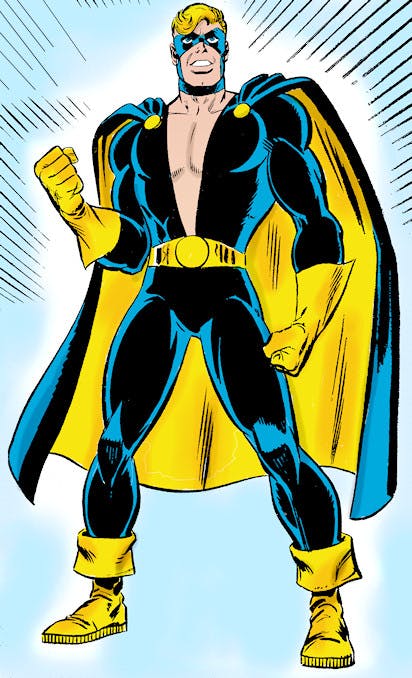 Following the trend of the first two Captain America movies, Steve finishes Civil War in an unhappy place. He’s partly responsible for splitting the Avengers team, and while he succeeded in his mission to reunite with Bucky Barnes, Bucky then decided to go straight back into cryostasis. The only hint of happiness is his blossoming romance with Sharon Carter, the MCU‘s most unpopular and baffling relationship since Hulk and Black Widow in Age of Ultron.

The shawarma scene at the end of The Avengers was a nostalgic nod to the comics, where the Avengers are a family of fun-loving pals who live together in a team mansion. Unfortunately, things went downhill from there.

The official Avengers team now consists of a sad android, a semi-paralyzed veteran, and Tony Stark, and is widely distrusted by the public and the government. Rhodey is one of the few characters who survived this movie with his own integrity intact, remaining a staunch defender of the Sokovia Accords. Since Vision accidentally paralyzed him during the Avengers’ pointless brawl in Berlin, you can see where he’s coming from.

Black Widow and Black Panther, the two remaining members of #TeamIronMan, probably won’t be joining Tony’s Avengers. Black Panther’s solo movie comes out in February 2018, three months before Infinity War begins, and will likely focus on T’Challa assuming the throne as King of Wakanda. Meanwhile Black Widow is a lone wolf once again, perfectly primed (for the fifth time) to launch a solo franchise that just never seems to happen.

Bruce Banner doesn’t appear in Civil War, which is probably for the best. Despite their friendship in the two Avengers movies, Tony essentially betrayed him by joining forces with Secretary Ross, who spent years pursuing the Hulk. Bruce’s next appearance is in Thor: Ragnarok in 2017, but it’s hard to imagine him moving into Tony’s Avengers Compound after all this. 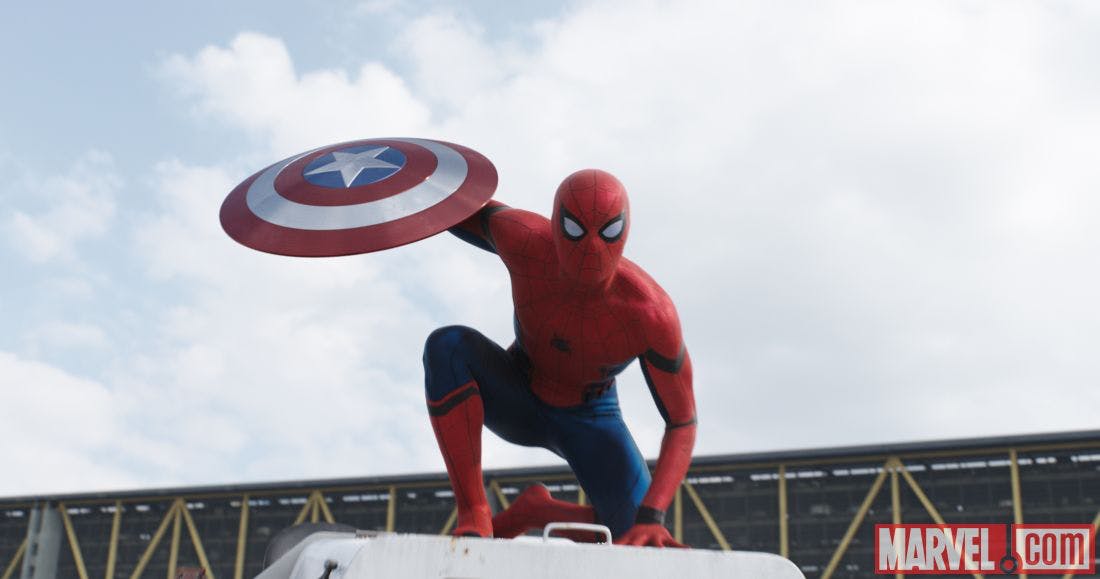 As for Spider-Man, he’s getting his own solo franchise. We know that Robert Downey Jr. will film a cameo, but aside from that, Spider-Man: Homecoming won’t be heavily influenced by the rest of the MCU—partly because a teenage Spider-Man works better as a solo act, and partly because his franchise is owned by Sony.

Now Hawkeye, Scarlet Witch, Falcon and Ant-Man have escaped Secretary Ross’s underwater prison, the MCU has a perfect opportunity for the Secret Avengers, a squad of outlaw heroes. Luckily Infinity War is written and directed by the same creative team as Civil War, so this might actually happen.

This isn’t really acknowledged in the film, but Hawkeye was dealt a pretty bad hand by Civil War. Unlike Cap or Scarlet Witch, who barely have personal lives outside the Avengers, Hawkeye has a family. Despite his minimal role in the conflict, he gets thrown in jail without trial, and is now presumably on the run. And unless his wife and kids are a complete secret from the authorities, he can’t go home.

Ant-Man is in a similar situation, but his super-suit is the perfect tool for arranging sneaky visits with his daughter and ex-wife. Infinity War probably won’t have time to dwell on his personal life among its cast of thousands, but Ant-Man and the Wasp is due out two months later, in July 2018.

One of the biggest questions after Civil War is what will happen to Bucky Barnes, whose role was disappointingly inconclusive. Sebastian Stan signed up for nine movies, so it’s not impossible that Marvel will save his redemption arc for a solo film. Until then, we predict that he’ll either have a supporting role in Black Panther, or will be woken up in the film’s post-credits scene, ready for Infinity War.

The relationship between Marvel’s movie and TV properties is kind of a one-way street. Agents of S.H.I.E.L.D. and Netflix‘s Defenders franchise are packed with references to the Avengers, but the movies haven’t even acknowledged the existence of the Inhumans, the mutant-like superhumans who we previously assumed would influence the superhero registration arc of Civil War.

In Civil War, the Sokovia Accords refer specifically to the Avengers. They only mention current members of the official team (including Hawkeye and Black Widow, who don’t even have superpowers), but Secretary Ross is happy to arrest Ant-Man, whose only crime was property damage in a Berlin airport. It seems that while the Accords were designed to keep the Avengers under the control of the U.N., the law also covers any superpowered person—and, potentially, people who style themselves as superheroes without actually having powers.

Judging by the last few episodes of Agents of S.H.I.E.L.D., the U.S. government is already encouraging Inhumans to register themselves, a position that Director Coulson opposes. (Somewhat hypocritically, considering his long history of tracking and monitoring superhumans for S.H.I.E.L.D.)

Hopefully the Accords will at least be mentioned in future seasons of the Netflix franchise, because superhuman registration would add some interesting conflict once the Defenders team up. Daredevil is a clear choice for #TeamCap, but Jessica Jones would almost certainly volunteer for registration because she operates openly, using her own name. As for movie appearances, Marvel Studios still hasn’t confirmed that the Defenders will appear in Infinity War, but we’re still holding out hope for that Avengers/Spidey/Daredevil team-up.