They're adorable, weird, and everything we love best about Japanese characters.

We are living in the best decade to be a Japanese mascot.

In 2010 we were gifted the inaugural Yuru-chara Grand Prix—an annual contest where it’s up to the public to decide which mascot is the best in the land. Winners have been fêted internationally, helping to bolster tourism in their respective regions and interest in the activities they represent.

These characters (known as yuru-chara or yuru-kyara) serve as mascots for public services, prefactures and towns, as well as sports teams and historical sites. Though they rarely, if ever, talk, a yuru-kyara’s image certainly says a lot about the caliber of a mascot. The seven best Japanese mascots are success stories in the making: winners of the annual Grand Prix and beloved cult heroes taking over the world one appearance at a time. 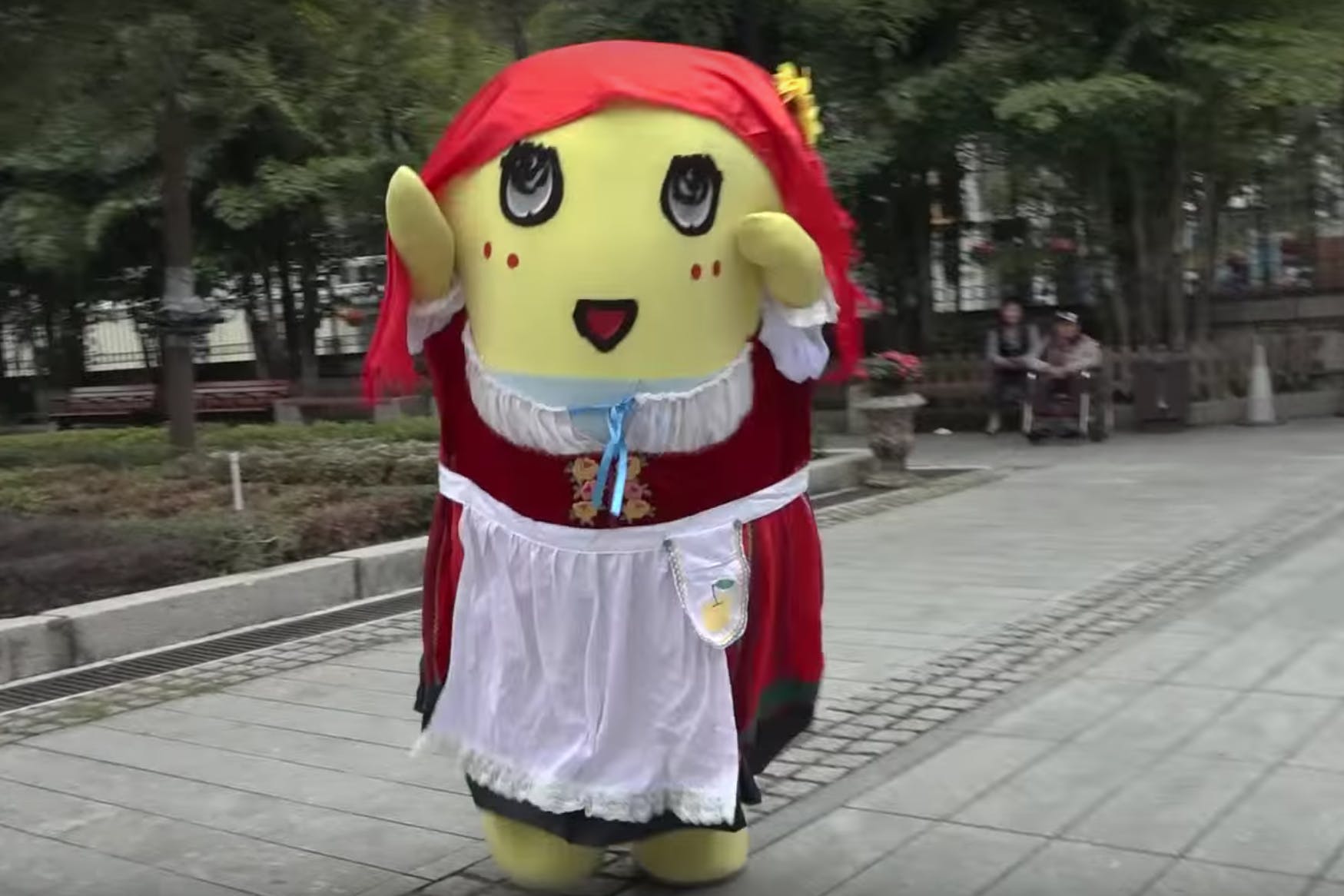 Funassyi is a jet-setter. Though the anthropomrophic pear fairy calls the city of Funabashi home, its capacity as a mascot is unofficial. What that means for the heavy metal-loving mystical ancient fruit is that it’s free to travel as it pleases, spreading joy and goodwill to mascot lovers the world over. In fact, Funassyi was created as a morale booster by a Funabashi local in 2011. Since then, Funassyi has brightened the spirits of Japanese citizens by starring in a short anime series, releasing an album, and even making the pages of the Wall Street Journal, which proclaimed that Funassyi’s trademark is “manic energy. Its dumpy yellow body can be seen on TV specials or at local events hopping up and down and waving its undersized arms.”

That dumpy body has probably more passport stamps than you could dream of. Funassyi has crafted such an aggressively successful merchandise machine that it partnered with Sanrio for a Summer 2015 collaboration and introduced its brother to the world a year prior. If the rumors hold true and Funassyi is indeed one of 274 such pear fairy siblings, Japan could soon be inundated with Funassyi orchards. 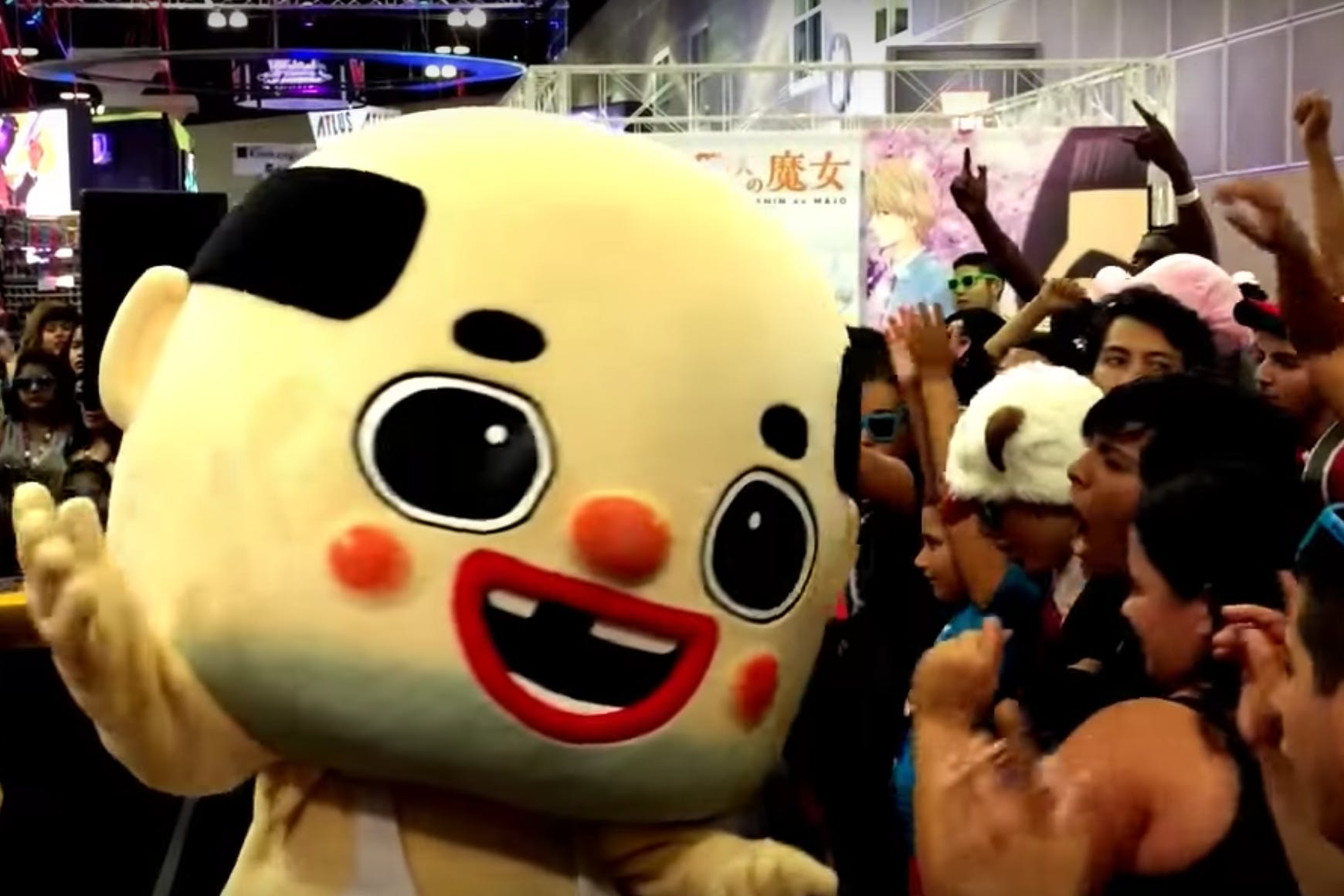 Another unofficial mascot turned international superstar, Chicchai Ossan (or small middle-aged man as he’s known in English) is Funassyi’s best friend. He represents the century-old city of Amagasaki, nestled betweeen Kobe and Osaka. As with his pear fairy friend, Chicchai Ossan talks and certainly has a whole lot to say. His distinct accent belies the region he’s from and his words are mostly wisecracks. A happy-go-lucky yet slovenly gent, he’s an identifiable family man in a sea of seriously bizarre yuru-kyara. He’s also a bit of a talisman. Rubbing Chicchai Ossan’s head is said to bring good luck. 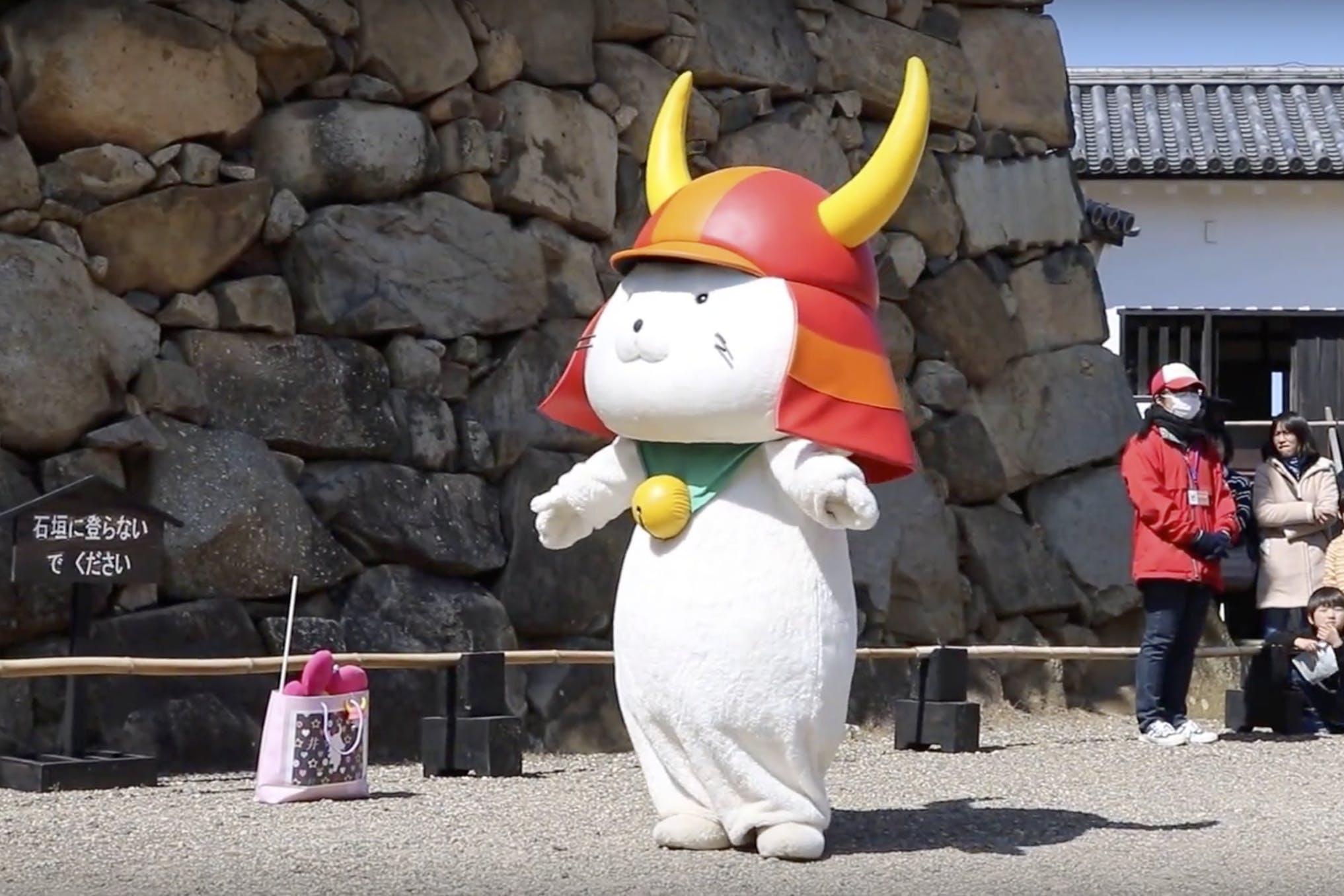 Hikonyan is truly the king of his castle. No, really, the 16th century-inspired cat mascot represents Hikone Castle and was created to mark the Edo-era structure’s 400th birthday. Hikonyan won the inaugural Yuru-Chara Grand Prix and has helped usher in hundreds of thousands more tourists per year to Hikone Castle following his 2007 debut. The cat has made his way across Japan and has even visited Taiwan, though he tends to stay close to home due to his official responsibilities.

Kumamon is basically the Rob Ford of Japanese mascots. A harmless but admittedly overweight bear officially representing Kumamoto Prefecture, the mascot is known to be more than a little bumbling. Its official song warns against becoming “Metabo,” a reference to the weight-shaming laws that compel Japanese men to have their waists measured annually. The less official video clips featuring Kumamon? Well, let’s just say the 2011 Yuru-Chara Grand Prix winner is more of a blooper reel than a beauty queen. The above video features some of Kumamon’s best fails, which include it destroying a soccer net, eating shit in a foot race, and bungee jumping. 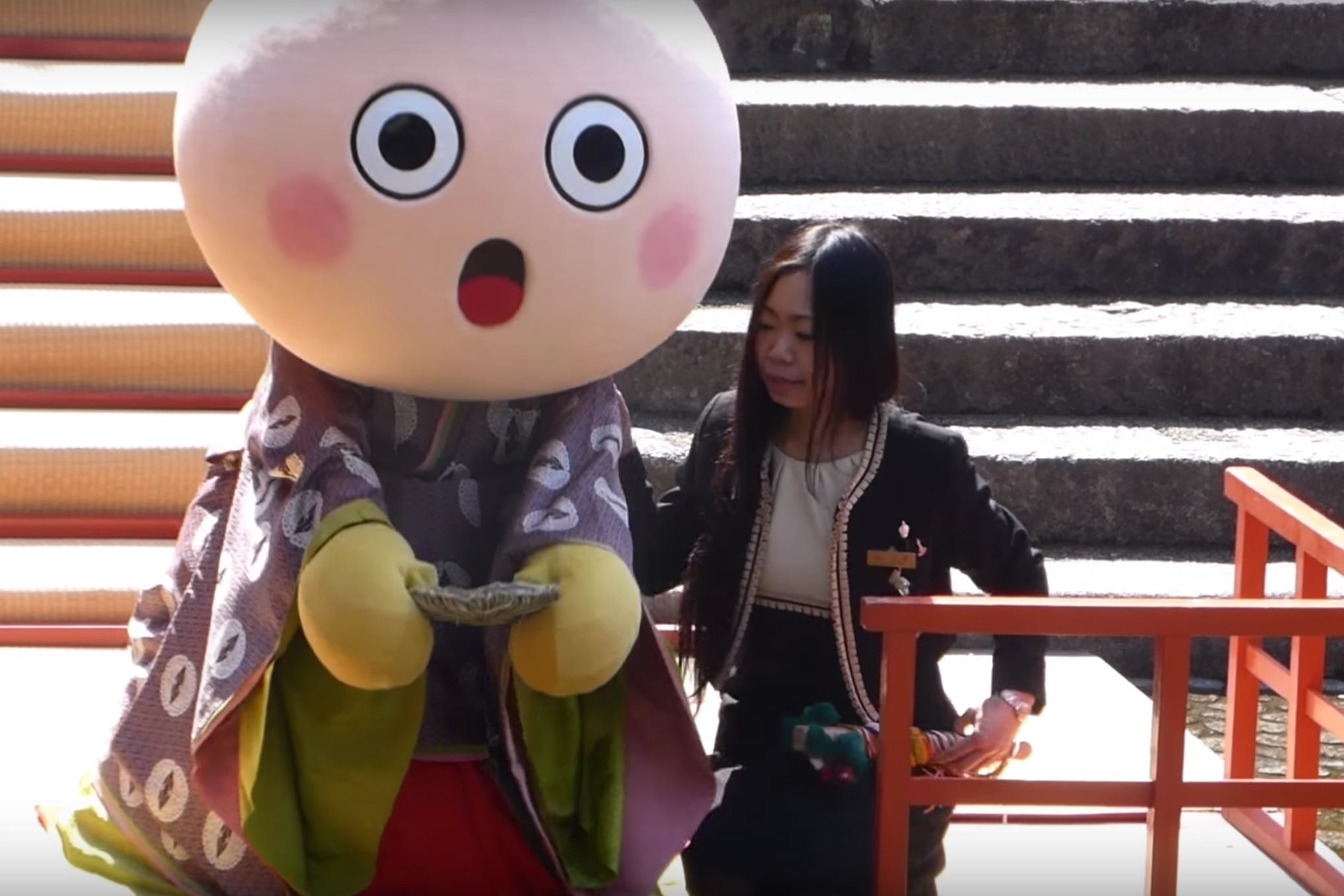 This 12-year-old mascot embodies the exact definition of yuru-kyara, which is loose character. This isn’t to say Tawawachan is some type of sleazy pickpocket, but rather a vague interpretation of the object it represents: Kyoto Tower, a 430-foot-tall tower that is the largest such structure in the city. Tawawachan makes weekend appearances on the tower’s observation deck, where she looks out towards Kyoto Station, her birthplace. Not only is Tawawachan meant to depict the tower but also the “traditional stately image of a beautiful Kyoto woman,” according to local electronics company Rohm. Though Tawawachan certainly looks like she could elicit a mean yodel she stays silent and instead is said to be a talented harp player. 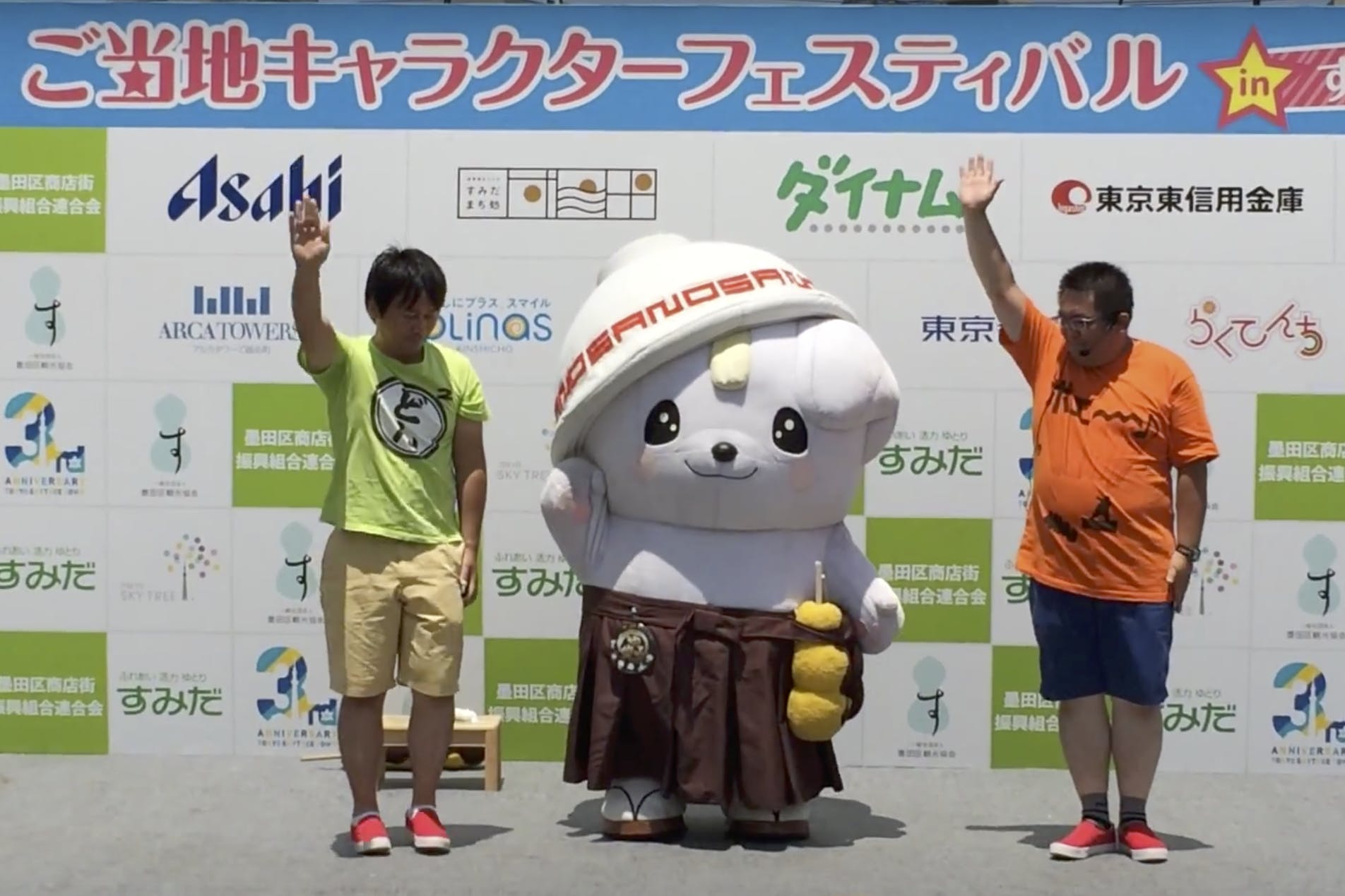 The 2013 Yuru-Chara Grand Prix winner, Sanomaru is perhaps the most well-fed samurai you will ever see. Armed with an imo-fry sword and rocking an upturned ramen bowl on his head, Sanomaru is the living embodiment of Sano City’s most iconic dishes and also a dog. The official mascot couldn’t help but inspire hundreds of votes thanks to his delectable get-up. It’s also one of the least controversial of the over 1,500 strong yuru-kyara out there. Who can say no to a well-behaved dog carrying a piping hot bowl of ramen and potato fries? 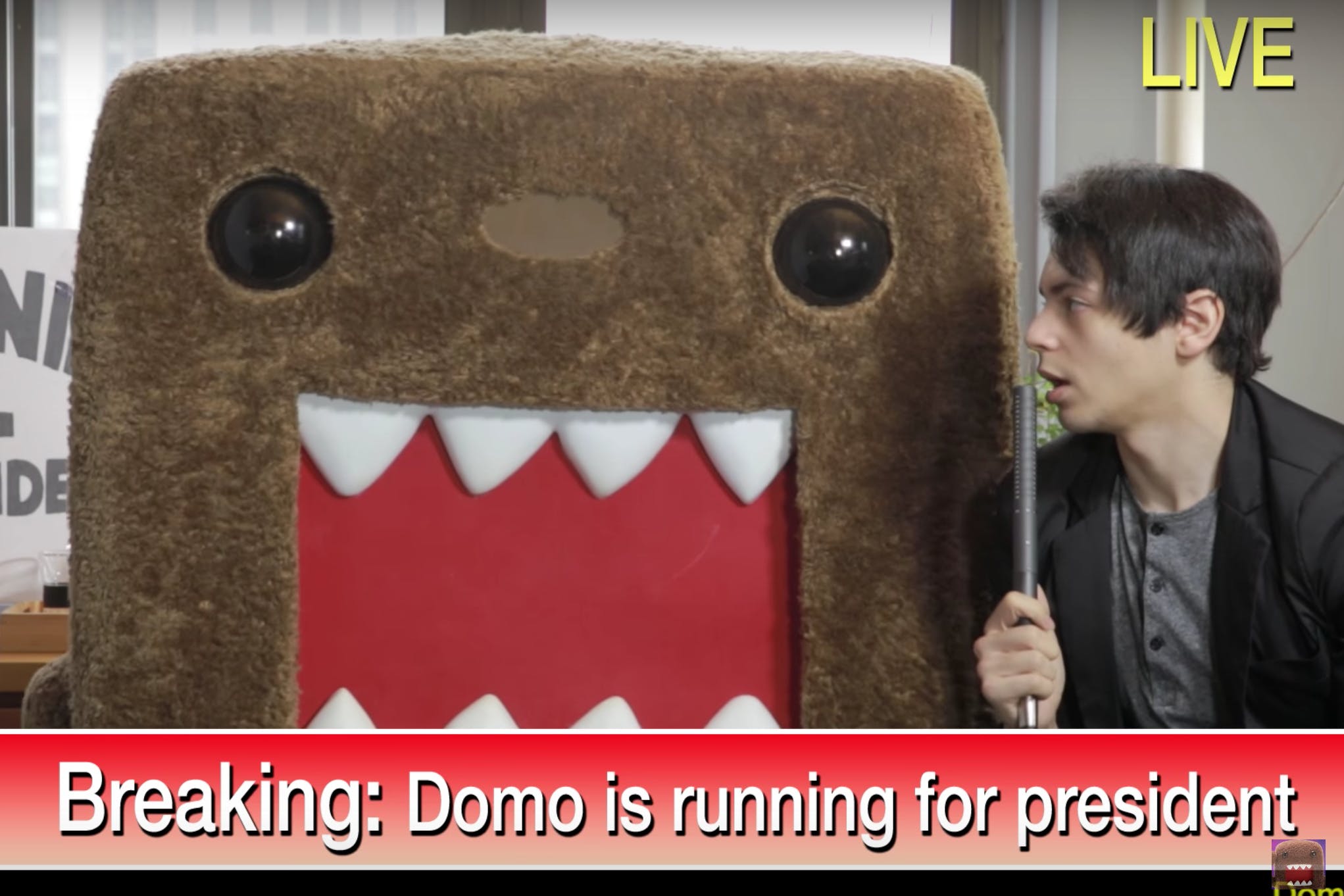 One of the most iconic mascots not only stands a world apart from its Yuru-Chara Grand Prix-participating brethren but is also running for president. Domo-kun already has a stronghold on one nation as the official mascot of Japan’s NHK nationally broadcast station. Introduced in 1998, Domo has spent nearly two decades boisterously shouting at Japanese television viewers. He lives in a sweet underground cave where he dines on nikujaga (his favorite food) with his cave-mates, a wise rabbit and two bats, one of whom has an alcohol problem. Domo hates apples because it killed his ancestors, who were also hatched from eggs. If this rich biography doesn’t convince you that mascots are living their best bizarre lives, I don’t know what will.