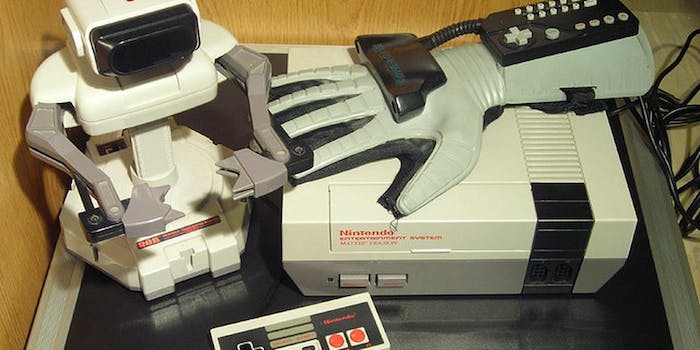 There’s a reason why today’s Nintendo advertisements are more reasonably tame than the ones in the ’90s. In the glory days of the NES, SNES, and earlier Game Boy products, advertisements needed extraordinary copy and visuals to wow their consumers in buying their latest game or console.

Some of Nintendo’s earlier advertisements were wildly inappropriate or just plain wrong.

It’s ridiculous enough to stuff a ferret down your trousers, but to have the ferret be in that position? Just plain weird.

If this advertisement isn’t discriminatory, we sure as hell don’t know what is!

This Nintendo advertisement encourages you to ‘play all your favorite American and Japanese games.’

Nintendo should have narrowed down the context for this one. A woman wearing lingerie with her hands tied to the bedposts? Really?!? We’re pretty disappointed just like the expression on her face.

It seems as if Nintendo supports criminal behaviour with this advertisement. Running and jumping while stabbing and looting? Let’s not forget Nintendo’s official golden seal of quality!

6) ‘The Untouchables’ for Nintendo Entertainment System — 1990

In other words, you’re just asking us to be killed. Thanks Nintendo.

For a gaming explosion, NUKE your Game boy.

The key phrase here is: ‘or anywhere else you want.’

Clearly, the writers of the advertisement have THEIR brains upside down.

It’s a Game Boy Color! Not some sugary candy that will stain your tongue — rather, you’ve stained your precious eyes from seeing this freaky advertisement.