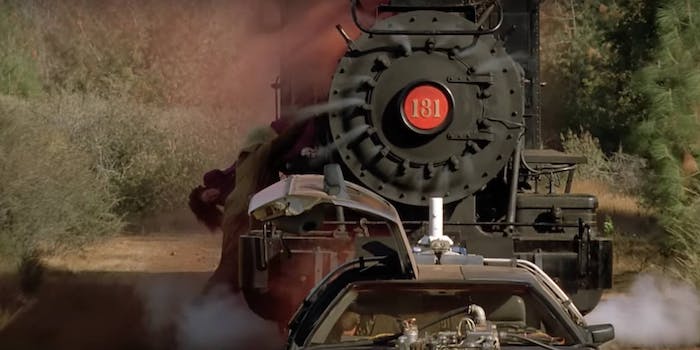 Back to the Future III turned the franchise on its head with an unexpected Western as well as the compelling love story between Doc and Clara. Its locomotive focus was an instant hit with audiences, earning the film $244.5 million worldwide. And it’s still a fascination with fans, especially its reliance on trains.

The movie finally got its scientific and historical comeuppance on Reddit this week. Redditor anthropology_nerd wanted to know just what the top speed of a locomotive was in 1885—the year Doc had somehow gotten stuck in as the movie begins.

Turns out that 88mph was not only possible but slyly highlights the ensuing speed wars that countries like Britain were committed to when train travel was the hottest way to get around. Redditor Interurban_Era was happy to provide a detailed answer.

Sadly, the train that the movie version was modeled after didn’t come into existence until six years later. Two years after that, a modified train reached speeds in excess of 100mph. So, totally possible so long as Doc and Marty were willing to wait a few years! 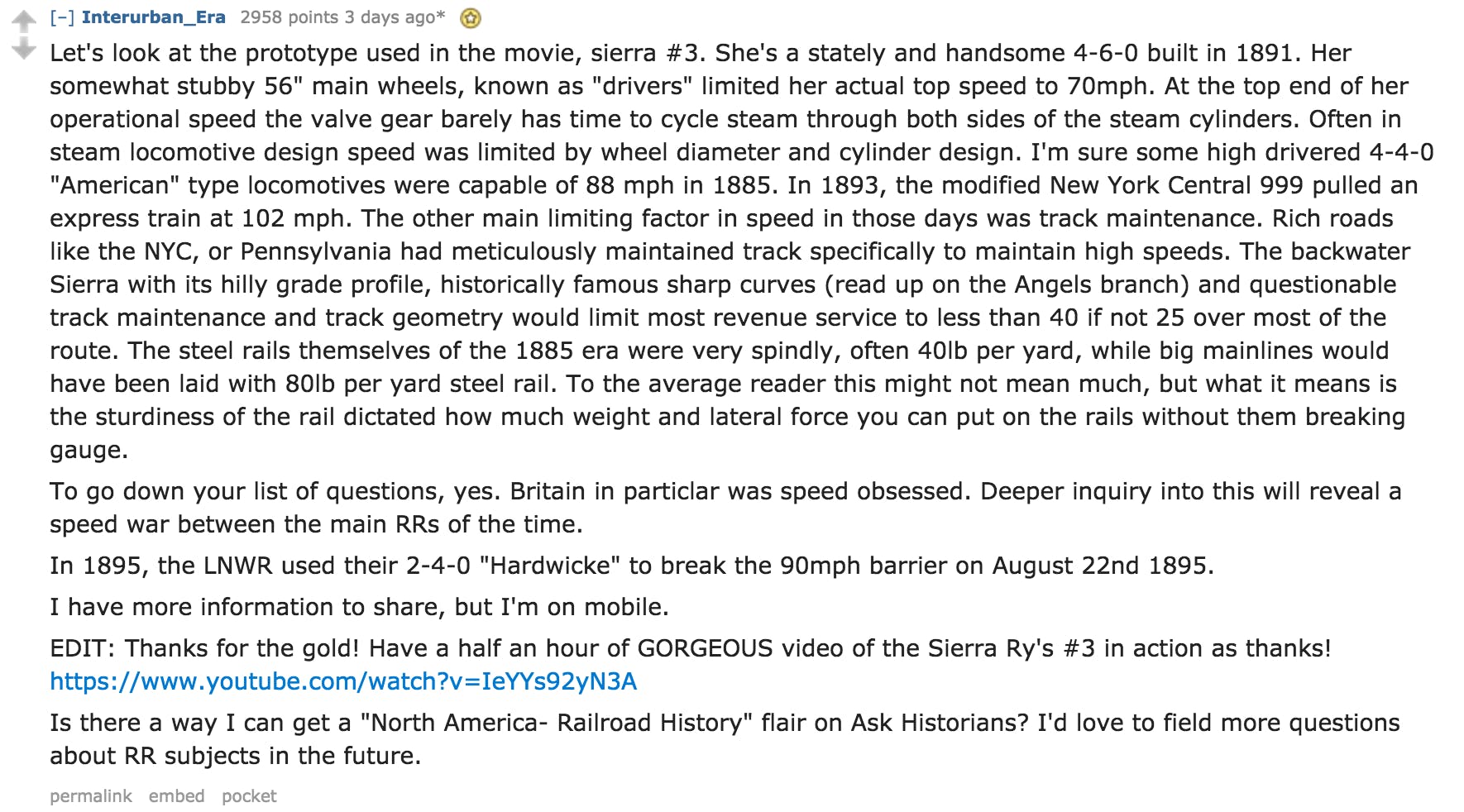 Not only was Interurban_Era incredibly gracious with his time and knowledge but he’s hoping to do it again in the future. Time to ready those Snowpiercer questions.