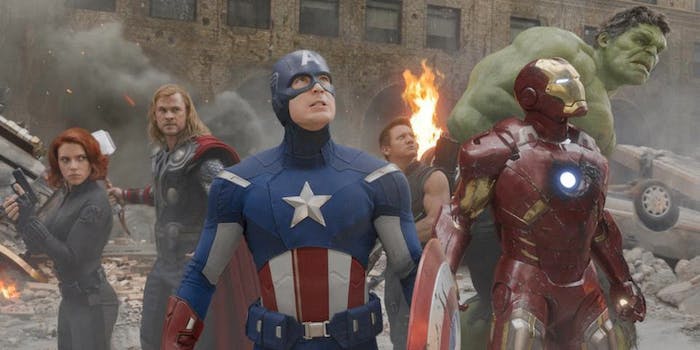 Graphic artist Alice Wieckowska created an infographic showing the most popular fandoms on the site.

Just over four years after fanfic site Archive of Our Own opened to the public, it’s reached the milestone of 1 million fanworks.

Even taking into account AO3’s ever-growing popularity (it actually made Time magazine’s list of top 50 websites last year), this number is pretty impressive. When compared with sites like fanfiction.net and Wattpad, AO3 has gained a reputation for quality over quantity, so the 1 million fanworks stat may come as a surprise to some.

According to AO3’s post celebrating the milestone, the site boasts over a quarter of a million registered users, with about a million unregistered users visiting every day. That’s a pretty serious audience.

To break down those stats a little further, we turn to graphic artist Alice Wieckowska, who created an infographic showing the most popular fandoms on the site. This is what a million fanworks looks like. 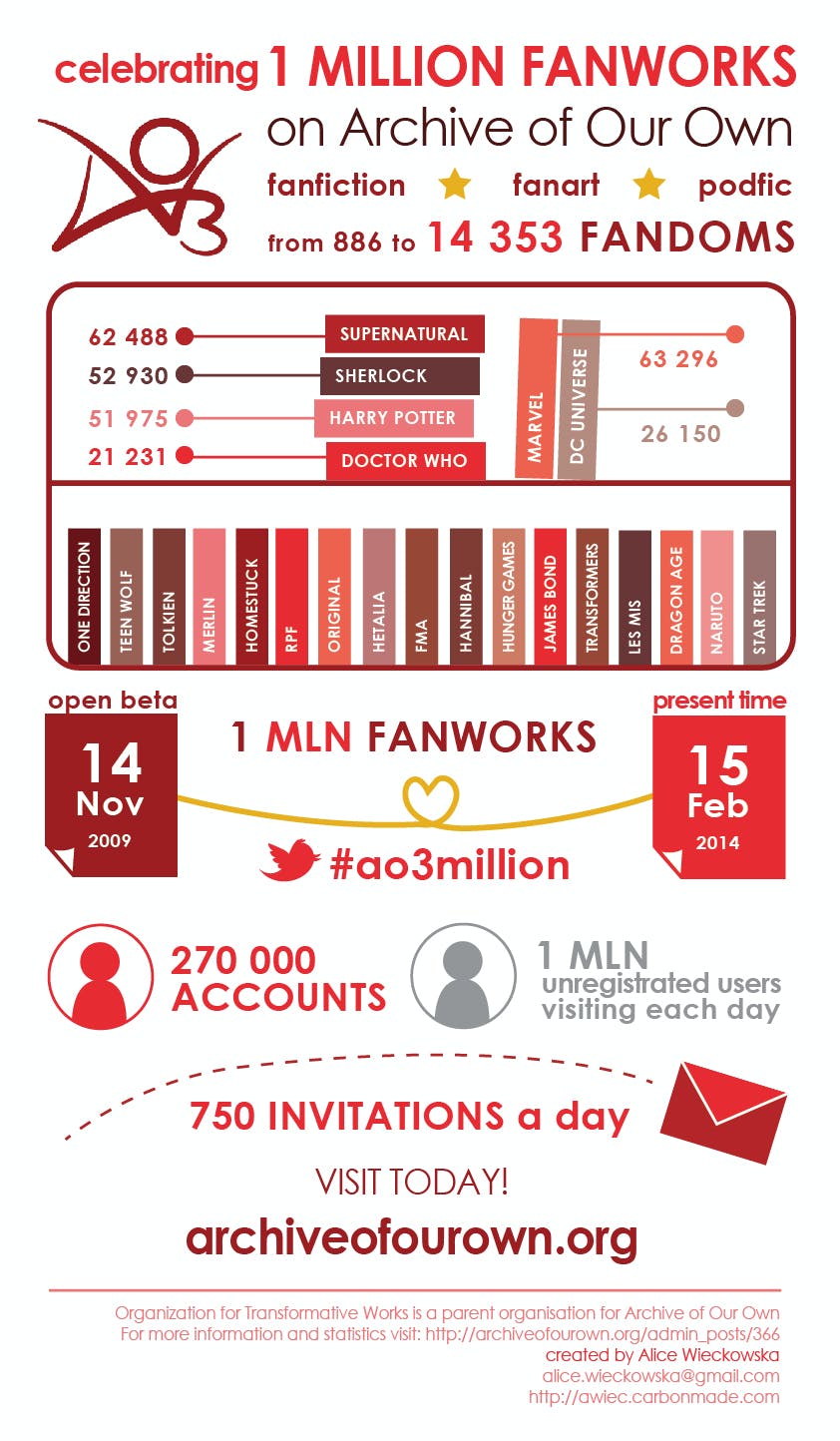 The domination of Superwholock over other fandoms is not exactly a huge surprise, although Harry Potter is a little unexpected. AO3 opened its online doors in 2009, well after the peak of Harry Potter’s popularity, meaning that most of those 51,975 fanworks were most likely created after the book series had already finished.

The biggest AO3 fandom is the Marvel universe, some more proof to help thwart the widespread delusion that women aren’t into the superhero genre. The world of fanfic is still predominantly female, and those readers and writers have spoken: They love Marvel, to the tune of about 63,000 fanworks—almost three times that of the DC Universe. Batman just doesn’t inspire as much fanfic as the Avengers, it seems.