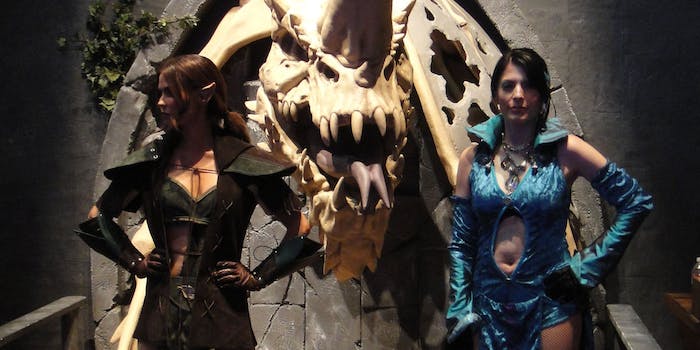 Adult women are now the largest demographic in gaming

It's time to flush your stereotypes down the drain.

Congratulations, gamer girls—you’re officially at the top of the food chain when it comes to games. A new study released by the Entertainment Software Association has revealed that adult women now occupy the largest demographic in the gaming industry. Women over 18 made up a whopping 36 percent of the gaming population, followed by adult men at 35 percent.

Teenage boys, who are often stereotyped as the biggest gamers, now lag far behind their older female counterparts, making up just 17 percent of the gaming demographic.

The picture that emerges from the study is one of expansion across the board. More people are playing more games of various genres across more platforms, with social games on mobile and casual games on PCs emerging as huge leaders.

According to the study, last year saw a significant boom in women over 50—their numbers jumped by a whopping 32 percent between 2012 and 2013. The study also revealed that 59 percent of Americans play games, with gaming consoles present in 51 percent of all U.S. households.

All of that means that stereotypes are breaking fast in the gaming industry, particularly the longheld stereotype of the adult woman as an outlier who sticks to mobile games and “social” games on Facebook while the more hardcore gamer, the “serious” (male) gamer, goes for console games.

Though this stereotype has long persisted, and even been used as a hiring tactic, the new data suggests there’s little if any truth to it—especially not when you consider that the average adult woman has been gaming for 13 years.

Sorry, male gamers of Reddit and 4Chan, but Angry Birds only came out five years ago. Unless you want to try to argue that women have just been playing Bejeweled for the last 13 years, the math just doesn’t add up. Screengrab via The ESA

So what games have women been playing all these years, now that we know they haven’t just been wasting time trying to get their Facebook friends to give them free lives on Candy Crush?

Casual computer games, mostly. The report ranks online and mobile puzzle games, board games, trivia games, and card games as coming in second to the boom in social games, which more than doubled in popularity between 2012 and 2013.

The study also took a close look at parental behavior regarding monitoring the gaming activity of their teens and children. The study indicated that parents seemed deeply engaged when it came to monitoring the kinds of games kids played. Additionally, 47 percent of adults who play games with their kids said they do it because they love gaming as much as their child does.

And it’s easy to see why. While the study didn’t assess the age or gender demographics of specific games, the titles of the bestsellers attest to the diversity of the games themselves: Pokemon X. Final Fantasy XIV. NBA 2K14. Bioshock Infinite. World of Warcraft. Just Dance 2014.

Whether you play Diablo or Pet Rescue, you can rest assured that you’re in good company.