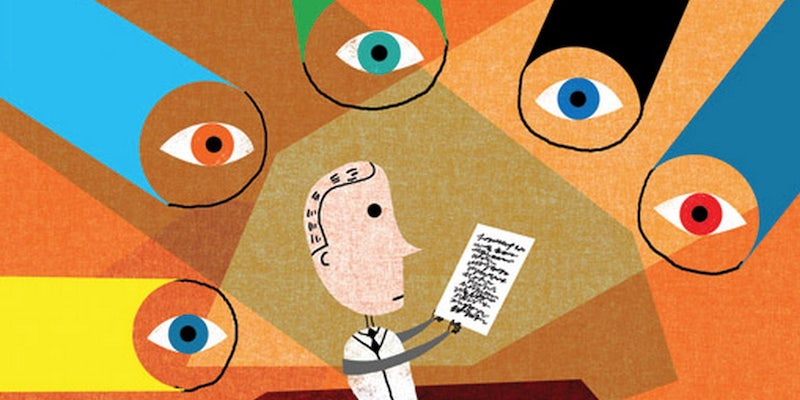 It’s no secret that you can fake just about everything on the Internet: fake job references, fake news, fake audiences, fake academic credentials, and fake science.

But what happens when academic journals which distribute important research from the world’s universities begin to be subject to these same kinds of fake influences?

That’s the question researchers and scholarly editors are grappling with thanks to a run of fake peer reviews that have proliferated in academia recently, leading to a whopping 250 retractions over the last three years, according to the noted academia watchdog site Retraction Watch.

At the center of the retractions appears to be a system of peer-review “rings” in which researchers and people posing as researchers agree to review one another’s papers.

The presence of fake entities and faked research is nothing new to academia, but in recent years, in conjunction with the rise of open-access scholarship, reports of fraudulent research have been gaining more and more attention. In 2011, the news that a Dutch psychologist had spent years fabricating his research made international headlines. Last year a study related to gay marriage made the rounds on news sites, only to be revealed this spring as a complete fabrication. Also last year, the International Journal of Advanced Computer Technology (IJACT) attempted to publish a fake paper, created years earlier as a joke, comprised entirely of obscenities. By attempting to publish the paper as a legitimate work of research, the journal outed itself as a scam.

The IJACT isn’t an outlier. More and more scams are masking themselves as academic journals which request payment to accept and publish papers without any form of peer review whatsoever. These journals are usually easy to spot. But now there’s a new problem: The peer review process itself is being hacked thanks to third-party services that can be paid to fabricate peer reviews for papers.

In many cases, identity theft is also involved. The fake peer review accounts usually steal the names of real scientists—whether or not they’re actually involved in the field of research of the paper in question. These real scientists often never know that their identity has been stolen for the purposes of issuing false peer reviews.

Ordinarily, peer review works like this: After submitting a paper to an academic journal, the editors will assign a group of independent reviewers to examine, evaluate, and critique the research. Often the person submitting the study will be able to suggest names of other researchers in their field who are best qualified to review the material, but the ultimate decision about who to appoint to the task typically rests with the journal editors.

Peer reviewers investigate the research methodology used in studies and make suggestions for ways to improve the paper. They can also vote to reject a paper if the research is unsound. Reviewers typically have no contact with the researchers directly, communicating their feedback, criticisms, and concerns to the editors of the journal, who then decide based on the consensus whether or not to accept the paper for publication.

The peer review process is crucial to the integrity of academic publications, and is a key way to ensure that the information they publish has been thoroughly vetted and is as accurate as it can be.

But a recent trend that allows paper authors to recommend other researchers to do peer reviews of their work has led to a flood of corruption in the system. Sure, it allows sincere authors to point editors toward researchers who are qualified; but it also allows the unscrupulous to divert their papers to fake reviewers who will return positive feedback without actually doing their jobs.

“Peer review is supposed to be done by, well, peers,” said Retraction Watch co-founder Ivan Oransky, speaking to the Daily Dot by email.

“You want an outside expert to kick the tires on a study, beat it up a bit, to improve it. If a journal claims that the papers it publishes are peer-reviewed, that’s supposed to give readers a degree of confidence that an expert has passed eyes over those manuscripts, and that they pass muster. But if those peer reviews were fake, that means you can’t trust the paper.”

Oransky noted that fake peer reviews, usually either rings of reviewers or one person claiming to be many reviewers, have been responsible for “about one in six retractions” over the last three years. “So this isn’t an isolated phenomenon.”

Last year Nature reported that as part of one scheme, a publication software and management service, ScholarOne, had been used to link more than a hundred false accounts of fake peer reviewers, all of which led back to a single author in Taiwan.

The 14-month investigation ultimately led to the retraction of 60 articles and the resignation of Taiwan’s education minister, who had apparently been added as a co-author of many of the papers without his knowledge.

Though ScholarOne was the exploited system in that case, other publishing management systems like Elsevier are also vulnerable, though many are working to close loopholes that allow users to add fraudulent accounts, or to hack into editor accounts and assign them to fraudulent reviewers.

Yet despite the heightened security measures, the number of retractions keeps climbing. In March, the publisher of numerous open-access medical journals retracted 43 papers after finding that they were all peer reviewed by fraudulent entities, possibly generated through a paid third-party service. This month, two more publishing companies followed, including SAGE, the company that launched the original investigation into the fake ScholarOne accounts last year. Several of the papers had been widely cited by others in the same field of research.

Money isn’t always involved in the proliferation of false reviews, and it’s not only the authors of the papers that engage in the fraudulent activity. Many of the papers are legitimate research, and their authors may have no hand in the fraudulent peer review process. These authors are victims of the system of peer review, rather than the beneficiaries of it. Once their papers are retracted, it will be extremely difficult for them to publicize the results of their work again.

In July, an ongoing investigation by one publisher found that no less than three of its editors had been creating fraudulent reviewer accounts and then assigning legitimate research papers to them.

As the number of peer review scams has increased, so has the watchdogging. Scholarly Open Access is an open-access site designed to watchdog and critique the booming crop of open-access academic journals—many of which are scams. Its examination of peer review processes finds many journals offering fake peer reviews, and in some cases real peer reviewers trying to scam authors out of money in exchange for good reviews. The Committee on Publication Ethics, COPE, has likewise denigrated the presence of paid third-party peer reviewer outlets, noting their “inappropriate attempts to manipulate the peer review process”:

We are unclear how far authors  of the submitted manuscripts are aware that the reviewer names and email addresses provided by these agencies are fraudulent. However, given the seriousness and potential scale of the investigation findings, we believe that the scientific integrity of manuscripts submitted via these agencies is significantly undermined.

Still, the total number of papers with fake peer reviews only makes up 15 percent of the total number of retractions that Retraction Watch has noted since 2012—which is far, far less than the many thousands of scholarly papers that get published year to year.

So don’t write off the institution of peer reviewed academic research just yet.

But if you’re publishing in a scholarly journal, especially one that’s open access, you’ll probably want to review the peer review process yourself. Just because the name of the reviewer assigned to your work sounds legitimate doesn’t mean it actually is.

Illustration via ajc/Flickr (CC BY SA 2.0)