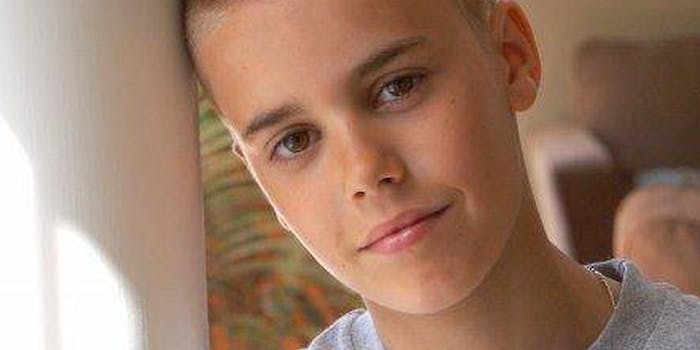 Hoards and hoards of Justin Bieber devotees got thrown for a loop this week after a couple bad apples on the Internet had the brilliant idea to start a rumor that the pop prince had cancer.

“I was there when we started this shit,” added one of the conspirators, redditor ErroneousDylan. “Somebody made a few twitter accounts, we edited Wikipedia, we spammed chat rooms, and we even posted here on Reddit (but it was deleted for lack of evidence). Somebody made a few fake news posts too which were convincing but without a link it wasn’t strong enough.” 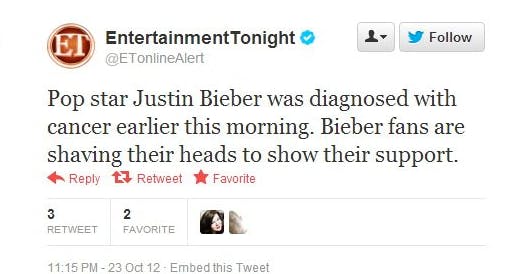 The hooligans made tribute videos played out to the tune of Biebs’ big hit “Baby,” and they campaigned for support.

They created Facebook pages that read “Justin Bieber has cancer!!!!!!!,” and they attracted upwards of 800 allegiants together to debate the implications of a worldwide pop star having cancer.

At one point, one 4channer created a #BaldforBieber hashtag on Twitter and started pushing for fans to shave their heads in solidarity. 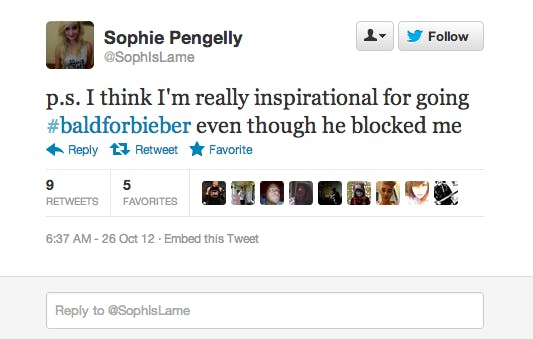 Naturally, Justin’s foremost Beliebers bought in. Bald For Bieber websites were created. More than 900 people tweeted #BaldforBieber over the past week, with some going so far as to include pictures of their own shorned scalps as a gesture of support. 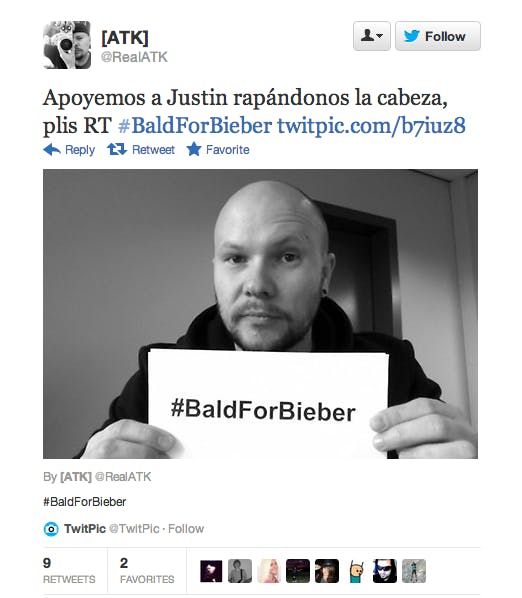 But as Gawker points out, the fun was short-lived. On Reddit, one 4channer confessed that “people killed the joke pretty quickly by tweeting ‘LOL Best PRANK EVER GO 4CHAN #baldforbieber.'”

So, so much for that.

Bieber himself hasn’t done much to make mention of the hoax. The 18-year-old wunderkind has actually championed his support for Breast Cancer Awareness in the interim, but his ever-popular Twitter feed has mostly been consumed with brown-nosing retweets and Instagrams of he and Oprah “swaggin it out.”

Photo via Justin Bieber has Cancer/Facebook