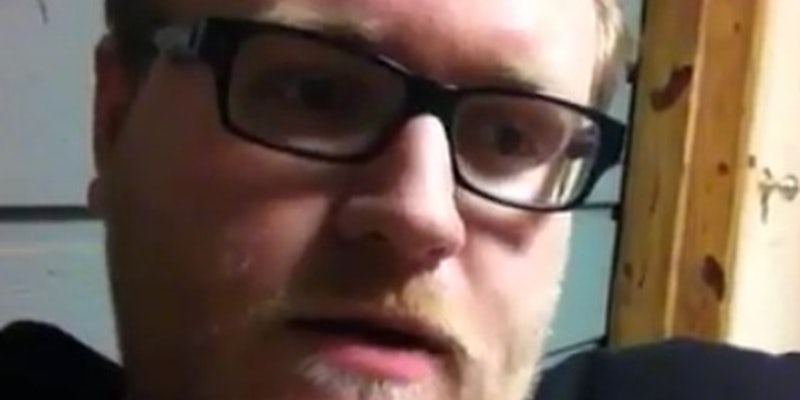 Popular YouTuber TJ Kincaid started a "flame war" after mocking and threatening a rape victim on Reddit, then deleted his account.

Once semi-loved by the social news site, Kincaid got into an argument with various redditors on Wednesday after he mocked a self-described rape survivor’s pain and admitted to trying to trigger the user’s post-traumatic stress with his threats.

Outraged by the comments, redditors proceeded to downvote and mock the YouTube celebrity, resulting in a “flame war” that quickly became known as the “beardpocalypse.”

Kincaid took to video blogging about the incident as it was happening, but his rambling nine-minute vlog, where he makes disparaging comments about feminists, only enraged the masses further.

Many redditors proudly stated they were unsubscribing from Kincaid’s YouTube channel, with each admission getting hundreds of upvotes. According to YouTube data monitoring site VidStatsX, at least 345 people unsubscribed from Kincaid’s channel yesterday.

The controversy quickly moved beyond the confines of Reddit. The blog More than Men called the Amazing Atheist “unfit for civilization” and “a despicable piece of human garbage.” Man Boobz called the incident the meltdown of a misogynist, as did Twitter personality rare_basement, while more than 10 bloggers on the atheist blog network Free Thought Blogs opined on the controversy under titles like “Time to shut down the Amazing Atheist” and “The Amazing Rape-Celebrating Atheist.”

The Amazing Atheist tried to apologize, writing in a private message to the rape survivor his comments were “out of line,” “stupid,” and “over-ridden by … crudeness and cruelty.”

The recipient, who goes by lorrdernie, however, did not accept. He responded, “I’d be more than willing to accept your apology if you were willing to post it in a public space.” When Kincaid didn’t comply, lorrdernie posted a screenshot of the apology on Reddit.

Update: In a public blog post, Kincaid wrote he wasn’t threatening anyone with rape in his comments. Rather, he was referring to the “strange new internet phenomena of ‘triggers.'” Kincaid added that he “sincerely apologize[s]” to the folks offended and “regrets” going in the direction he did with his comments.

The Amazing Atheist isn’t the first YouTube celebrity to come under fire for his callous comments about rape. Onision also got his fair share of hate for his misogynist comments and was asked not to attend the unofficial YouTube conference VidCon because of it.

Will the same thing happen to The Amazing Atheist?