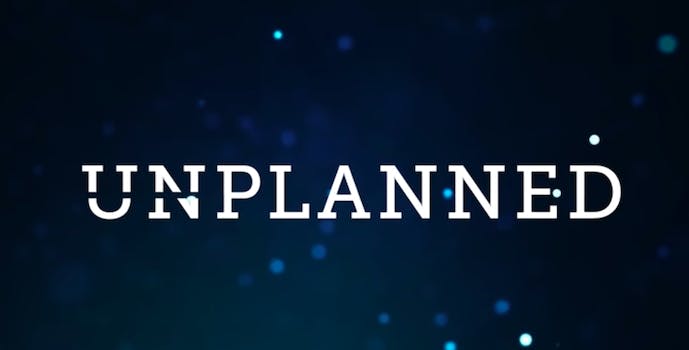 Supporters of the movie Unplanned criticized Twitter over the weekend for what they said was censorship of the film’s account.

The movie, which took in $6 million on its opening weekend, is based on the memoir of Abby Johnson, who was the director of a Planned Parenthood clinic until, she said, participating in an abortion procedure caused her to become pro-life.

The account tweeted on Saturday that it had lost followers after it was suspended on accident.

However, Twitter declined to elaborate on any accounts linked to the film.

“We reinstated the account as soon as it was brought to our attention,” the social media company said via email and explained that the follower counts would take time to replenish after the account’s reinstatement.

This is what happens when I hit follow and then refresh the page
(plz ignore my dogs’ snoring) pic.twitter.com/SrdgJReEca

Hey @jack – why aren’t you letting me follow @UnplannedMovie ? I’ve tried eight times to support my friend @AbbyJohnson and @Twitter won’t let me. Others are having the same issue. Please correct this. Thank you.

Donald Trump Jr. also tweeted what appears to be a video of someone attempting to follow the account, and not being able to.

Yet another example of the Social Media Masters only letting people see what they want them to see and believe.

The censorship and the bias must stop!!! https://t.co/QESRltiMJZ

By Monday morning, the account tweeted that its follower levels were up to almost 200,000.

“So good to see movie theaters across the country showing @UnplannedMovie — a deeply inspiring new pro-life film based on the best-selling book by @AbbyJohnson. More & more Americans are embracing the sanctity of life because of powerful stories like this one,” he tweeted in support of the film.

So good to see movie theaters across the country showing @UnplannedMovie — a deeply inspiring new pro-life film based on the best-selling book by @AbbyJohnson. More & more Americans are embracing the sanctity of life because of powerful stories like this one. #Unplanned

The controversy is just the latest where conservatives on Twitter claim that the platform is censoring them. Twitter told the Daily Dot, “We enforce our rules dispassionately and do not engage in so-called shadow banning,” a common accusation lobbed at the social media company.

But fans of the movie also claimed that their tweets about the film weren’t trending on Twitter.

Apparently we're trending! …without showing up on trends. #UnPlanned #whatshesawchangedeverything

We took #MicDropIn5Words the top.

The movie debuted just after Georgia legislators passed a bill that would prohibit abortions after a fetal heartbeat is detected—usually about six weeks into a pregnancy.