Embracing pansexuality: A queer woman opens up about how she came to identify

Being pansexual isn't the same as being bisexual.

I wouldn’t consider myself pansexual. Even though my sexuality is a weird and fluid thing, I generally find myself attracted to women, be they cisgender, trans, or somewhere in between the two. My girlfriend Zoë, on the other hand, she’s different. We’ve been dating for nearly two years now, and I’ve watched her come into her own over time. She has experimented with new labels, tried closed and open relationship styles and, most of all, figured out her pansexuality.

When we first started dating, she told me that she identified as bisexual. That changed over time. After we started getting a bit more serious about having an open and poly relationship, she came out to me as pansexual. That means she can have different relationships with all sorts of people—from non-binary individuals to cisgender men to genderqueer folks to transgender women like myself. Of course, I had a lot of questions for Zoë when she first came out, and luckily enough, she had quite a few answers. Thanks to her, I learned a lot about what it means to be pan—and how to be a supportive partner for my lover, too.

Pansexual people are individuals who “have the capability of attraction to others regardless of their gender identity or biological sex,” STOP-Homophobia.com writes. In other words, pansexuals are attracted to people across sexualities and gender identities, as they are not necessarily limited by another person’s gender when looking for dates or sex or intimacy. That’s because pansexuality inherently embraces the idea that gender exists beyond the term “man” and “woman.”

“There was no single point I can remember where I started identifying as pan,” my girlfriend Zoë explained to me when I interviewed her. “Someone asked me about my sexuality once, and it took me a minute to respond. In my head, my thought process was basically, ‘Well, gender really doesn’t matter much to me, I guess I’m pan.’ Looking back at my previous partners, it’s very clear that gender had no say in who I was interested in.”

So, are pansexuals attracted to absolutely everyone?

Of course, pansexuals can still have preferences, as they aren’t attracted to every single person in the world. In Zoë’s case, she has a preference for “soft nerd boys” when it comes to men, but more often than not she finds other trans women more compatible because of how they understand her gender, what it’s like to experience gender dysphoria, and how queer trauma impacts her everyday life.

In other words, pansexuals like my girlfriend have the ability to feel sexual and romantic attraction to people throughout the gender spectrum, including those that do not identify with a gender at all. It’s the individual characteristics that shine through for pan people, and gender isn’t inherently a roadblock to bonding with others.

“I look for a real connection with a partner,” Zoë told me. “I’m a bit of a niche person, and it takes a niche person to get me. When I feel that connection, it just clicks. Someone’s gender doesn’t influence how I feel about them. Their character does. That being said, historically I’ve found that trans women tend to understand me a bit better. Cis men have made for decent sexual encounters, but not much more.” 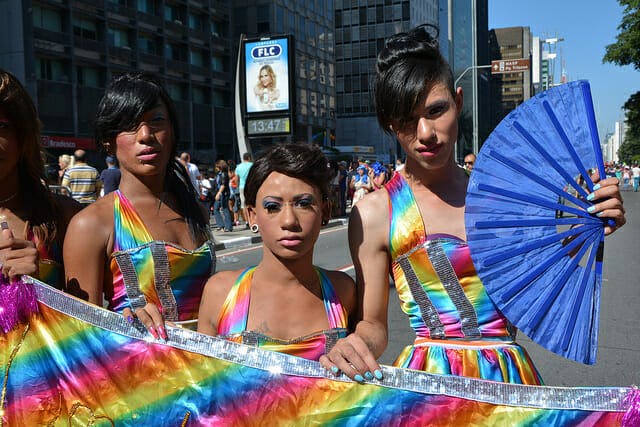 How big is the pansexual population?

It’s hard to say for certain how big the pan population is. While pansexuality is largely embraced within the LGBTQ letters under the queer umbrella, the identity often remains relegated to the sidelines while binary depictions of sexuality, such as homosexuality or bisexuality, are given relatively more representation.

However, just like other queer identities, it’s certainly likely that the pansexual population isn’t that large. A May 2018 Gallup poll estimates that the total LGBTQ population in the U.S. was 4.5 percent in 2017. A GLAAD and Harris Poll study from 2017 also reported that pansexual identification remains low throughout age groups: Two percent of millennials identify as pansexual, and only one percent of gen x, baby boomers, and the silent generation consider themselves pan.

That doesn’t necessarily mean that pansexuality is rare. Just as Gallup has reported higher LGBTQ populations across the U.S. over the past decade, it’s likely that the pansexual population will increase as pansexuality awareness, representation, and acceptance grows, too. That seems likely based on the fact that millennials are more likely to identify as pansexual than older generations, although for now, the data we have on file doesn’t shed a lot of light onto pan demographic numbers.

Pansexual vs bisexual: How is pansexuality different from bisexuality? 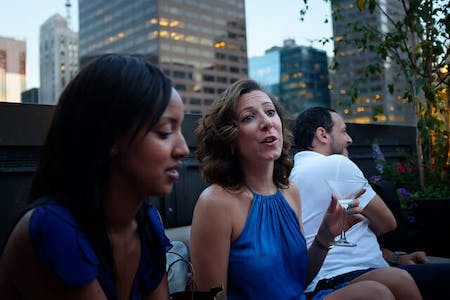 Because pansexuals aren’t limited by gender identity, they get to experience human sexuality and love in a way that straight or gay people may not be able to. When I first started dating Zoë, I was immediately impressed by her experiences with people of varying gender identities. From cis men to trans women, Zoë knew a lot about how cis, trans, and nonbinary bodies work, and she’s often made me feel more affirmed as a trans woman by telling me how trans and cisgender women’s bodies really aren’t all that different from each other when their clothes come off.

It’s ironic that I would come to that conclusion as a lesbian, though, because for Zoë, her pan love life is just another part of life. She explained to me that she really doesn’t focus heavily on her sexuality, she just lets her heart, her feelings, and her personal connection with others do the talking.

“I’ve been able to date some very diverse and interesting people in my adult life so far. Yet, my sexuality isn’t really what I’m thinking about during these experiences,” Zoë told me. “It’s about the other person. It’s about connection. I barely think to myself, ‘Wow, I’m in a lesbian relationship’ nowadays, and if I do, I surprise myself a little because I remember this unique part of myself that I don’t normally think about.”

Of course, Zoë’s also quick to point out that she’s a pansexual woman with geographical privilege. She lives right outside of New York City and spends most of her waking life in the city. Part of the reason why she’s had been able to openly explore her sexuality is that she’s in a relatively queer-friendly area. There’s also the fact that Zoë, who is Jewish and Argentine, is white-passing and almost as pale as I am to boot. We blend right in as a white middle-class lesbian couple, even if the story is more complicated than that.

“I suppose living in one of the queerest areas of the world allots me some comfort when it comes to being myself and being queer,” Zoë told me. “If I was in a situation where my sexuality and gender painted a target on my back (to a degree it still does), it would be a different story.”

As it turns out, dating a pan woman isn’t all that different from dating anyone else. Zoë and I regularly talk about our preferences. While I’m primarily attracted to cisgender and transgender women, Zoë expresses affection for people across the gender spectrum.

Whether that’s feminine boys or androgynous women, non-binary people or genderqueer folks, her pansexuality doesn’t get in the way of the bond we share. In fact, I’d argue that it makes our relationship even more special. Zoë’s sexual and romantic orientation has taught me more about how pansexual people live and encouraged me to stay open-minded. Listening and supporting my girlfriend, in turn, taught me more about myself and why I love women like my girlfriend.

That doesn’t mean Zoë isn’t attracted to me based on my gender identity, of course. My trans womanhood definitely plays a major role in our relationship, how we navigate the world, and why we connect the way we do. But in the end, dating a pansexual person is just as normal as anything else. We go on dates, we take vacations, we fight, we make up, we play video games, and we hold hands while walking on the boardwalk. Zoë just experiences love and attraction a little differently than me, that’s all.

How can I help my pansexual partner?

Listening plays an incredibly important role in dating a pan person. When your partner is ready to talk about their sexuality, hear them out with an open mind. Every pansexual person has a different reason for identifying as pansexual. They may need your support while coming out and figuring themselves out. That being said, don’t be afraid to ask questions once your partner is ready to field them. They may not have all the answers right away. But as long as you’re willing to walk together on this journey, then you’ll be there when it counts.

That’s exactly how Zoë and I handled her coming out. When she told me she identified as pan, I gave her the room to share as much (or as little) as she wanted to. As for myself, who had never dated a pan person before, it was an opportunity. I could pause,  let my girlfriend speak, and understand her attraction to others and myself a little better.

“If you’re dating someone who’s pan, let them know that their sexuality won’t get in the way of your relationship, and create open a dialogue about how they feel about their sexuality,” Zoë told me. “Be there for your partner. Sexuality is weird and stressful, especially when you’re first figuring it out.”