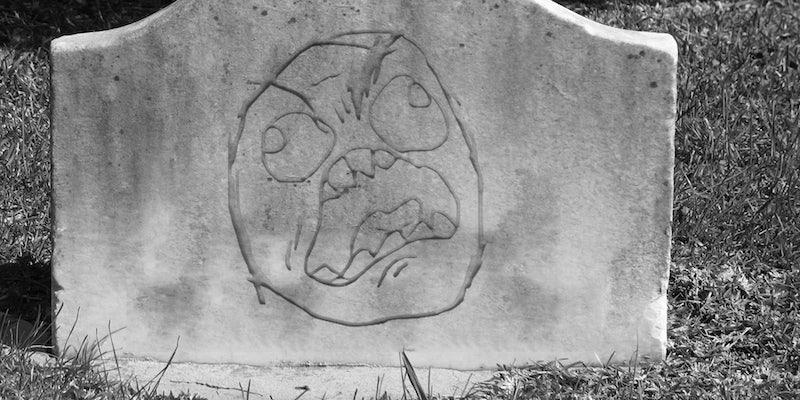 On Sept. 10, the Reno Gazette-Journal published the obituary of Marianne Theresa John­son-Reddick, who passed away at age 78 in Reno, Nevada. But this was not your typical fond remembrance for a loved one.

It was penned by her daughter, Katherine Reddick, who described a childhood of abuse and neglect. Reddick and her siblings were often in and out of foster homes, and her mother allegedly ran an escort service in Nevada. They’d been estranged for three decades. Reddick now works for the Pflugerville Independent School District in Texas.

After it went viral, her brother, Patrick, told the Associated Press that the purpose of the obit was “to bring awareness to child abuse … shame child abuse overall.” He and his sister both testified in the Nevada Legislature in 1987 on a bill regarding termination of parental rights.

The paper has since run a correction to the obit, which ran online and in print. The date of death was Aug. 30, not Sept. 30. They also pulled the listing from the Web indefinitely, as it was a paid placement to their self-service online portal. In a note to readers, the paper’s publisher, John Maher, stated, “We’ve removed the online listing of this obituary as we continue our review of the circumstances surrounding its placement. Once we’ve completed our review, we’ll determine what, if any, further actions are required.”

Here is the full text, pre-correction:

Marianne Theresa Johnson-Reddick born Jan 4, 1935 and died alone on Sept. 30, 2013. She is survived by her 6 of 8 children whom she spent her lifetime torturing in every way possible. While she neglected and abused her small children, she refused to allow anyone else to care or show compassion towards them. When they became adults she stalked and tortured anyone they dared to love. Everyone she met, adult or child was tortured by her cruelty and exposure to violence, criminal activity, vulgarity, and hatred of the gentle or kind human spirit.

On behalf of her children whom she so abrasively exposed to her evil and violent life, we celebrate her passing from this earth and hope she lives in the after-life reliving each gesture of violence, cruelty, and shame that she delivered on her children. Her surviving children will now live the rest of their lives with the peace of knowing their nightmare finally has some form of closure.

Most of us have found peace in helping those who have been exposed to child abuse and hope this message of her final passing can revive our message that abusing children is unforgiveable, shameless, and should not be tolerated in a “humane society”. Our greatest wish now, is to stimulate a national movement that mandates a purposeful and dedicated war against child abuse in the United States of America.