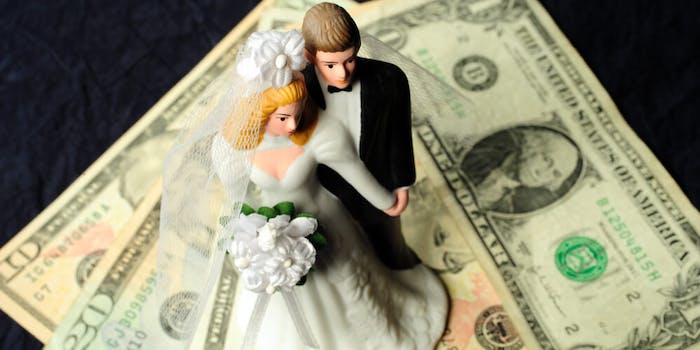 Anyone waiting for a juicy follow-up is going to be disappointed.

A social media post that went viral on Monday after a supposed bride-to-be crowdfunded $30,000 for her wedding and refused to reimburse her family and friends after canceling the event appears to be totally bogus.

Screenshots of the post, plus comments from the bride’s family and friends, gained traction after they were shared to the subreddit r/Choosing Beggars. But what people thought was a dramatic wedding story turned out to be a series of fake posts and a probable marketing scam to drive traffic to a social media drama site, BuzzFeed News reports.

In the screenshots, the bride, “Pam,” announced in what looked like a Facebook post that she and her fiance would be canceling the wedding and using the money toward a pre-marriage honeymoon.

“After we regain financial stability and hold calm in our hearts after a honeymoon we will announce a new wedding date and re open our money fund for any further gifts,” Pam explained. “Weddings are expensive!”

Comments showed friends and family of the bride were livid about Pam keeping the money and canceling the wedding so suddenly.

The posts blew up on the subreddit and made rounds on other social media sites and news sites. Reddit users asked for updates on the thread, but the delivery led to more questions.

The redditor’s follow-up screenshots had been uploaded to the set CapturedIt.club, a website dedicated to “social media drama” that had coincidentally been created on the same day that the Reddit thread was made. At the time of the update, there was no other content on the site.

Adding to growing suspicious, Reddit user @Eat_Around_the_Rosie pointed out that the Facebook replies had no reactions and that the name redactions had the same font of the CaptureIt watermark. 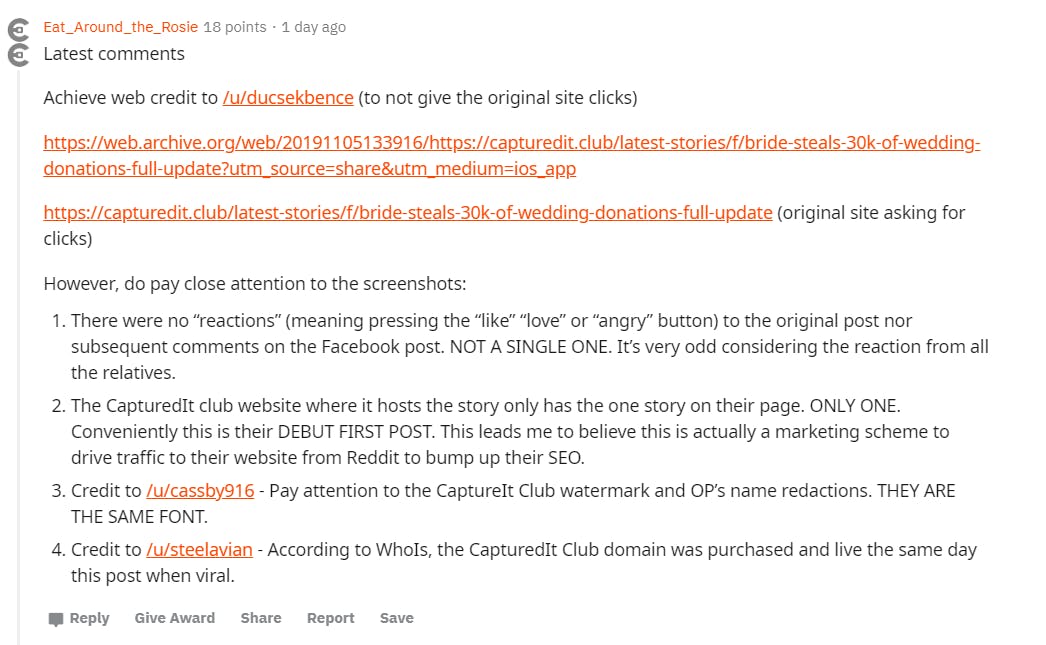