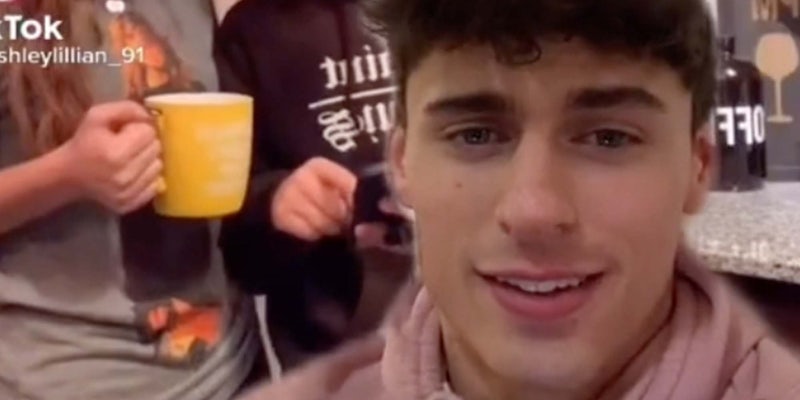 ‘Can we normalize parents loving their kids’: TikToker’s commentary on mother and son’s videos sparks debate

“TikTok is cancelling this mom for being ‘creepy with her son,'” TikTok commentator Noah Carter said in a video he posted on Nov. 16. “People think that the way she acts around her son is extremely inappropriate.”

He proceeded to analyze videos from @ashley_lillian91 that have since been deleted. Carter said many TikTok users believed “her relationship to her son just feels off.” He asked his followers to weigh in as well.

In another TikTok about @ashley_lillian91, Carter analyzed a video that shows the mother dancing in front of her son when he’s in the hospital.

Many in the comments sections of both videos disagreed with Carter’s analysis.

“Can we normalize parents loving their kids,” wrote @delkarmen.

“She’s a young mother. She’s a child herself,” commented @vanessaarmando0. “Don’t do that to her.”

“Does nobody have a mother who loves them,” said @isthxt.ivan.

Others hypothesized that parental love might be “alien” to the mother’s critics.

“[A lot] of people didn’t have that parental love. It gives them the creeps because it’s so alien to them,” commented @simonsaysboom. “Hug your kids.”

Some people sided with Carter, though.

“There’s a point where kids aren’t [babies] anymore,” wrote @alondrae0108. “There’s boundaries parents need to have and adjust the way they show love.”

“There’s a difference between loving your child and treating them like a partner,” commented @nilalticit. “And there’s boundaries.”

In an email, Carter told the Daily Dot that he makes commentary on TikTok “news and things that everyone talks about in the community.”

“Her video caused a lot of people on the app to make reactions and duets so I figured it would make a good video,” he told the Daily Dot.

The Daily Dot has reached out to @ashley_lillian91.