I accidentally befriended a bunch of tweens on Snapchat

It was a case of mistaken identity.

One night, while laying in bed trying to minimize the number of chins in my Snapchat selfie, I saw that I’d been added by someone whose username I didn’t recognize.

I figured it was one of my friends who had finally downloaded the app, probably someone who didn’t have a “professional brand” requiring their name to be the same across every social media platform. (Even my Snapchat name, gabberjabber, is different than my Twitter handle.) So I went back to deleting my chins, not thinking much of it.

But a few days later, the person who had added me on Snapchat sent me a snap.  I held down on the pink box and was startled to see a selfie of a teenager. I had never seen this kid before in my life. (Note: Because the kids in these photos are underage, their faces have been obscured.) 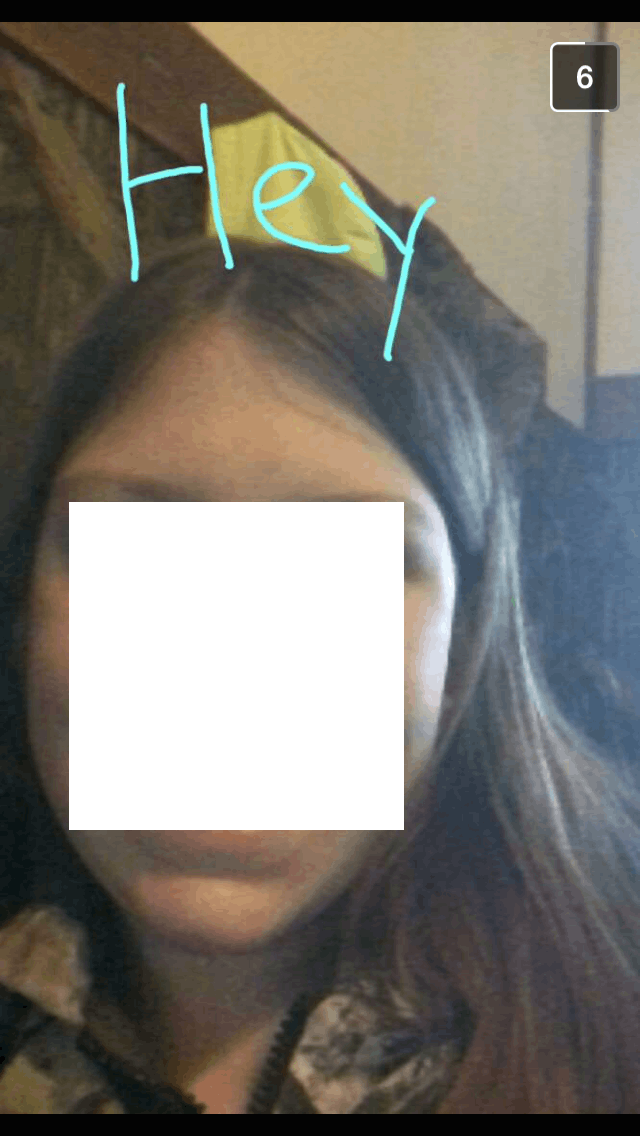 I shrugged it off at first, thinking my little sister had just passed my Snapchat name off to some her friends. This Snapchat add must have been something that just comes with my cool big bro status, I thought. The snap was probably just a selfie blast to everyone the young girl had added.

But then things started getting weird. While the original girl who had added me on Snapchat kept sending me selfies or inane photos of things like grass, even more youngsters started Snapchatting me. And these kids were definitely not my 16-year-old sister’s age. They looked like they were between the ages of 10 and 13, and I could see they were sending me snaps from rural areas.

Most people use Snapchat to send embarrassing photos to their friends, or to flirt with a new crush by sending self-destructing photos of their genitalia. Some of us even use Snapchat to message our exes. But apparently, I had started using Snapchat and found myself befriending a bunch of random tweens, without even realizing it.

I had befriended a bunch of random tweens on Snapchat, without even realizing it.

At first, it clearly started out as a case of mistaken identity. I realized this when several of the kids in the snaps started addressing me as “gabby.” I was getting snaps with “look at this gabby” or “hi gabby.” I couldn’t figured out if they were trying to cyberbully me—my name is Gabe, why else would anyone refer to me as the far more degrading Gabby?— or if they just really thought the person behind gabberjabber was their dear friend Gabby. 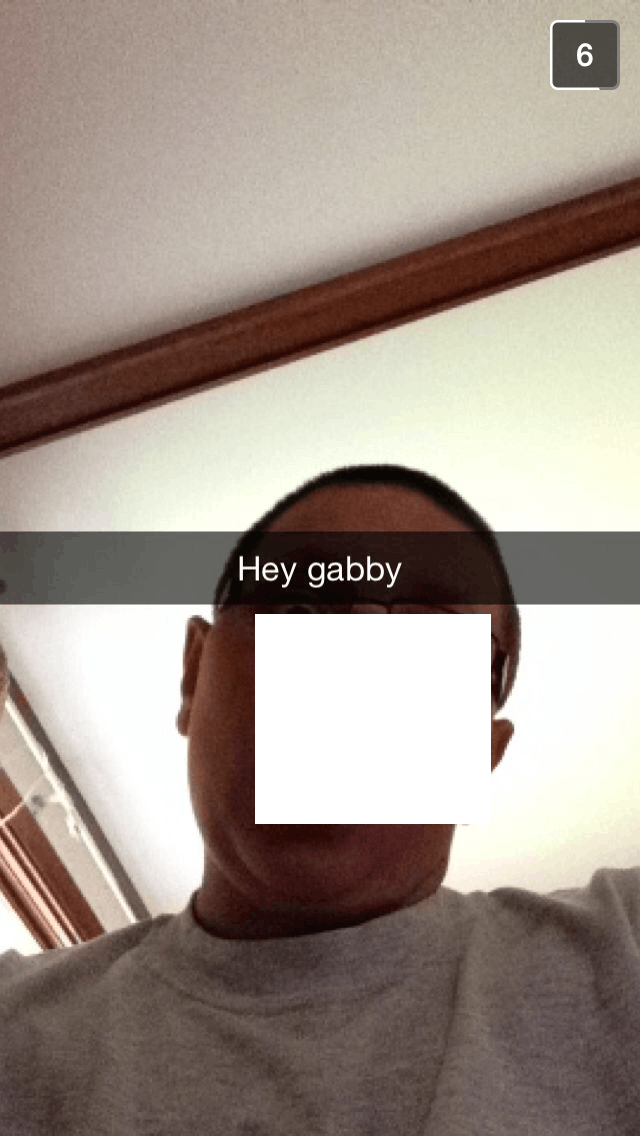 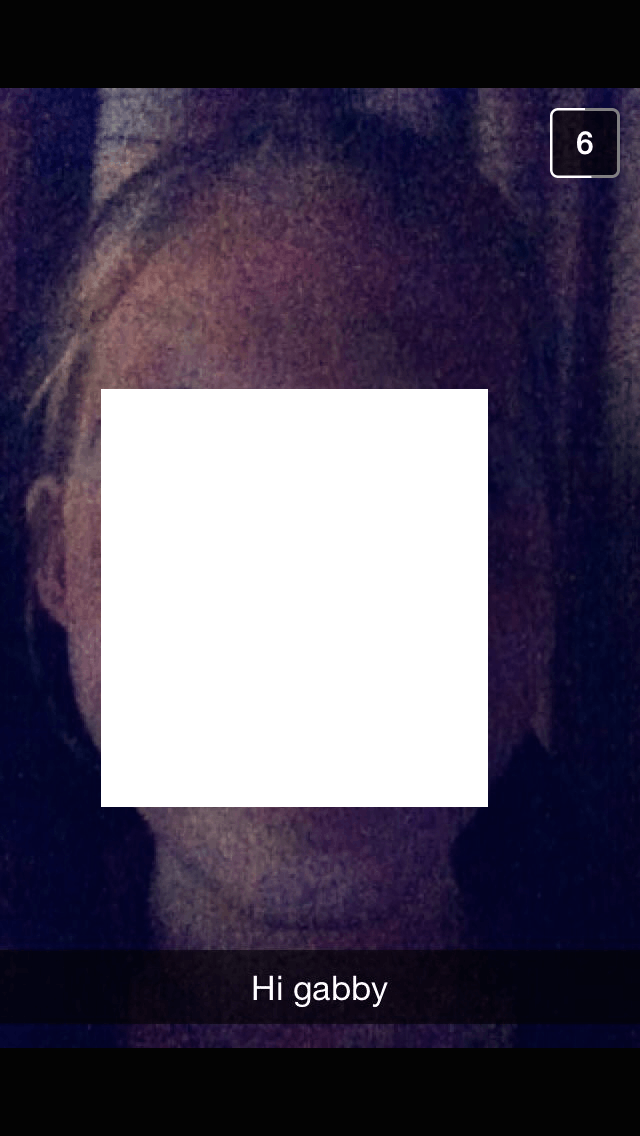 I tried to figure out what exactly was going on. When one of them snapped me “hey gabby,” I responded with a photo of a ceiling corner and “who is this.” Considering I was 22 years old at the time, I felt weird replying with a selfie right away.

The young man promptly responded with something along the lines “wtf gabby you know who.”

I was enraged. No, I did not know who this child was; and no, I was not Gabby. But while I was thinking of a way to break it to this kid that I was not Gabby, he saw that I’d opened the snap and sent another one: “wow ok be like that,” but with a lot more expletives.

I started to feel disrespected by this 10-year-old. So I finally told him that I was not his friend Gabby. He apologized and I asked him to tell other friends of Gabby that they had the wrong Snapchat username for her.

I didn’t know anything about this “Gabby” that I had been mistaken for. But considering the fact that all these snaps were coming from youngsters who were solo in their selfies, it didn’t look like they hung out in person very often. And all the snaps of what looked like a rural country landscape made me think they probably all lived miles away from each other.

How did they know Gabby? Did they see her often IRL? Didn’t they find it strange that Gabby never replied to their snaps? My hypothesis was that these kids had met Gabby at some sort of summer camp or youth function and only swapped Snapchat names instead of number, like how members of my generation would just  exchange AIM screen names and chat online.

Didn’t they find it strange that Gabby never replied to their snaps?

But I did know this: Even after I tried to set the record straight with that 10-year-old, the snaps continued unabated. 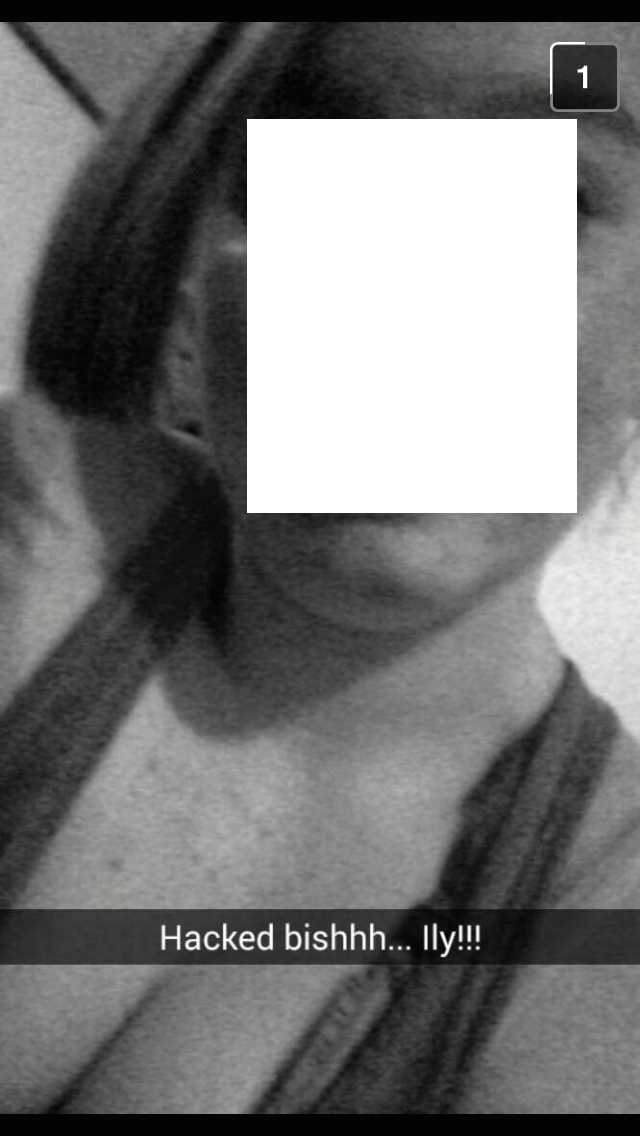 So I began letting them know that I was not this Gabby person and that I was, in fact, a 20-something man who would like these Snapchats to stop. This process has mainly involved me responding back to their selfies with another selfie, confirming my identity as a non-youth who would like them to cease and desist with their barrage of peace sign selfies. 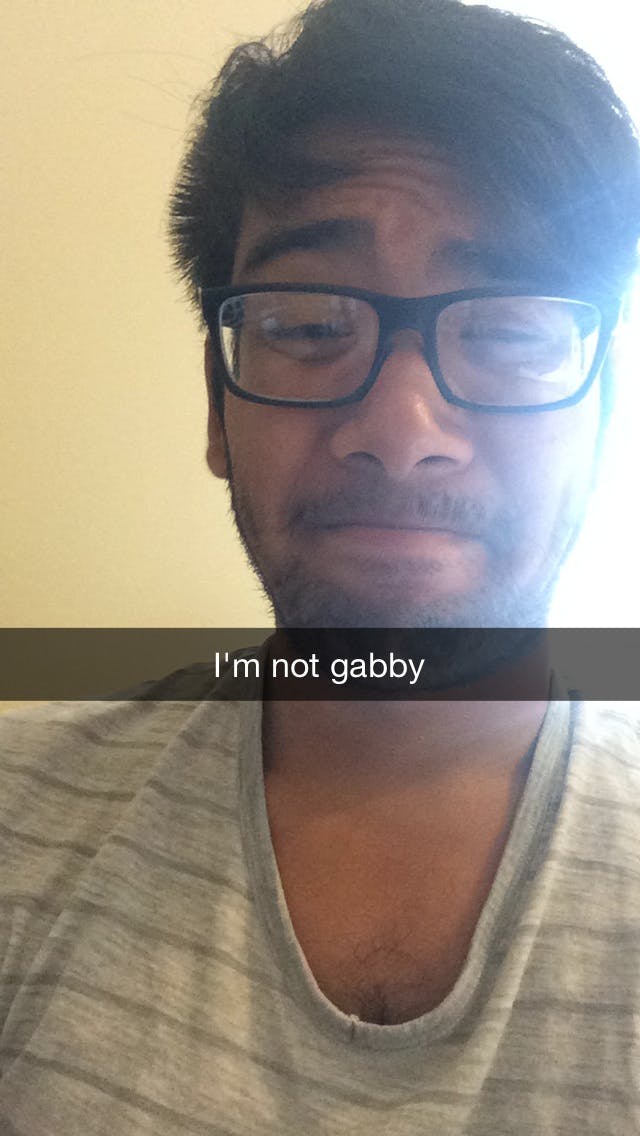 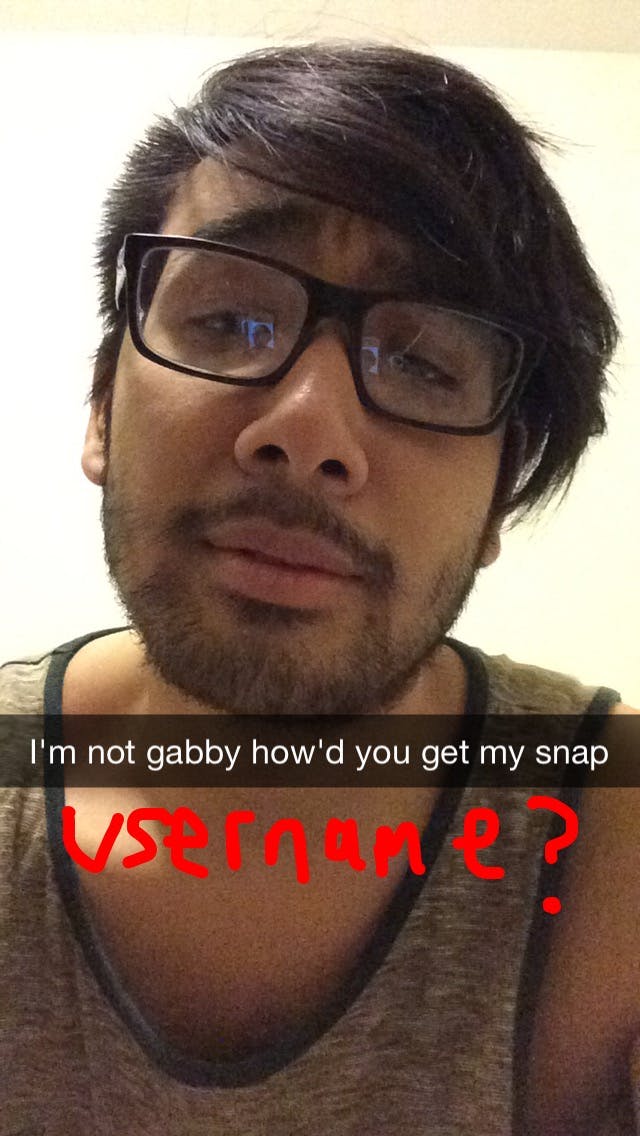 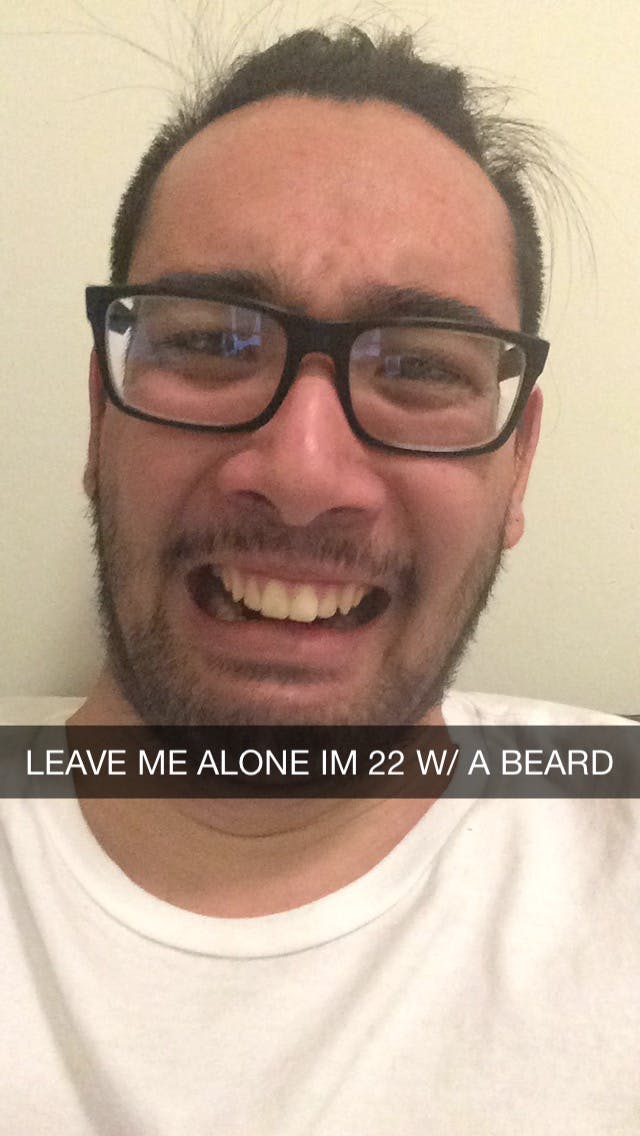 But even though I’ve told them many times that they have the wrong Snapchat username, they continue messaging me to this day. It’s like they don’t even care that I’m not Gabby. They’re just bored and lonely and they’re looking for someone, anyone, to talk to.

At times, I thought about asking these kids questions about their lives. I wondered what their favorite pizza toppings were, or what they thought about Ariana Grande, or how they thought American foreign policy could be improved. But even though we’ve never had those discussions, they clearly consider me one of their “best friends” on Snapchat, and at the end of the day, I guess I consider them mine. But I really do hope they find their Gabby.