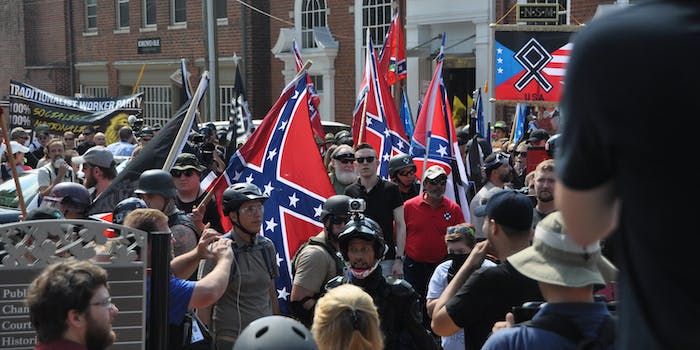 Teacher resigns after Twitter thread accuses him of being a Nazi

He was also accused of helping organizing the Unite the Right rally.

A South Carolina middle school teacher resigned on May 15 after a Twitter thread accused him of being a Nazi who participated in the 2017 white supremacist rally in Charlottesville, Virginia, the Post and Courier reports.

The May 13 twitter thread identified Tim Manning, Pleasant Hill Middle School social studies teacher, as a “neo-Nazi” and said that the 42-year-old helped organize the Unite the Right rally.

The thread received over 1,000 likes and nearly 530 retweets.

Lexington County School District One spokeswoman Mary Beth Hill wrote in a May 14 statement that the district “is thoroughly investigating” the accusations, but she did not directly name Manning.

“Acting in accordance with board policy and district procedure, Human Resources was immediately informed,” Hill wrote. “The employee is on leave while the district thoroughly investigates the allegations.”

On May 15, Hill wrote in a statement that Manning’s request to be released from his teaching contract was accepted and that he is no longer a district employee.

Manning’s attorney, Elizabeth Millender, told the Post and Courier that Manning and his wife have “absolutely nothing to do with the repugnant Twitter account referenced in recent blog articles and on social media.”

“They are not members of, nor do they sympathize in any way with, fringe or otherwise prejudicial groups or associations,” Millender said, per the Post and Courier. “Any insinuation that the Mannings are responsible for the subject social media account is tantamount to false light and will be dealt with appropriately in a legal manner.”

Paul Porter, an attorney on Manning’s legal team, told the Daily Dot that “the Mannings are trying to move on” and wrote that they are not going to disclose any more details on the situation.