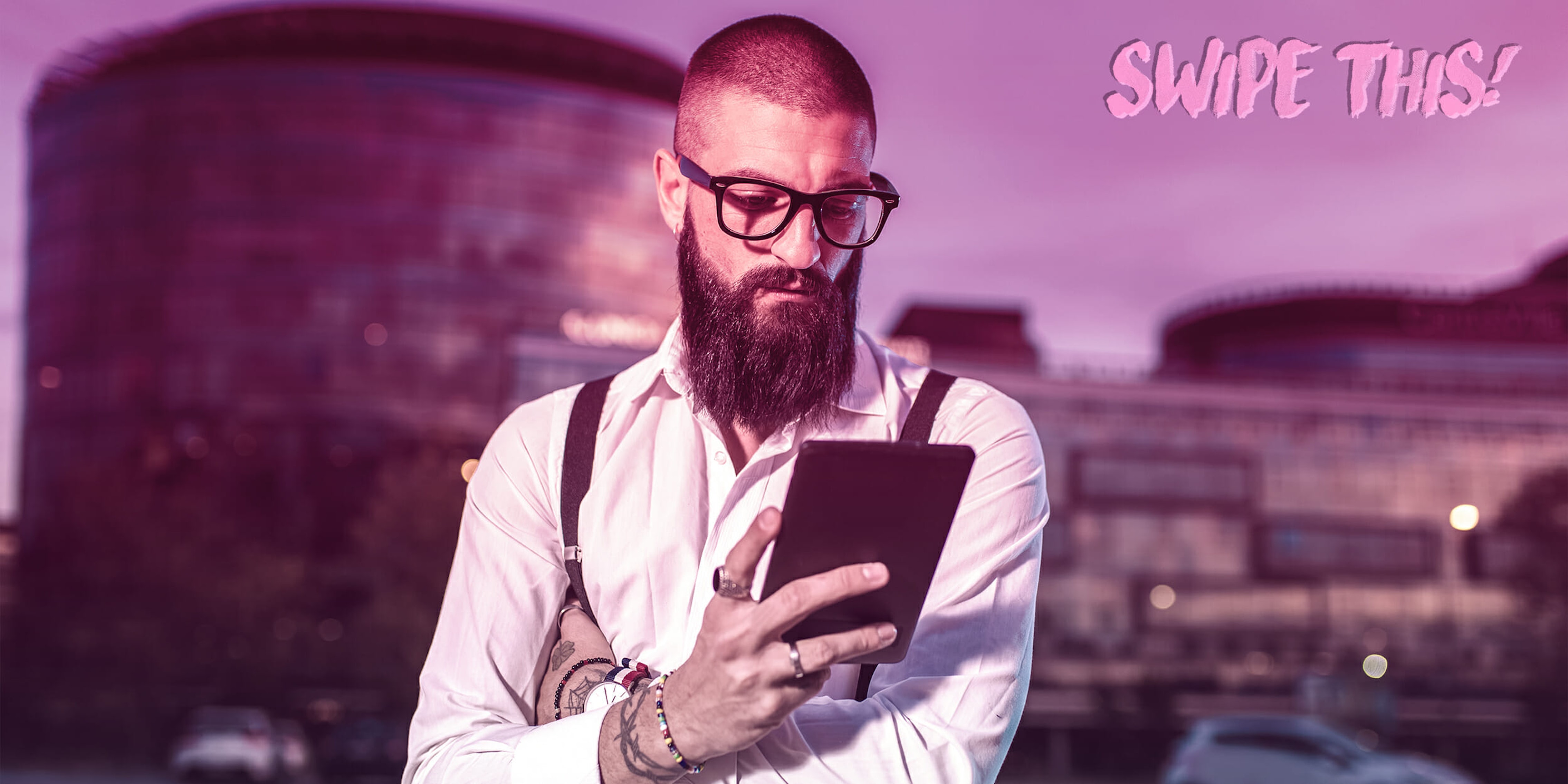 Swipe This! My boyfriend says my Instagram pics are too ‘revealing’

Your Instagram is a space for you—and you get to decide what goes on there.

Now that it’s summer, my boyfriend has been getting super weird about my Instagram posts. It started when I went to the beach with a group of friends. I posted a picture of me and my girlfriends all in our bathing suits. You could see there were guys there with us. I’m not sure if that was what set him off but he got very jealous. He asked who the guys were and then he started saying how he thinks it’s “trashy” when girls post attention-seeking pictures on Instagram. I was really upset. The picture was just me and my friends having fun and smiling. It wasn’t a thirst trap. And even if I had posted a sexier pic I told him it’s my body and I have a right to show as little or as much as I want.

At first he was mad. But eventually, he calmed down and apologized. He said he just loves me and he gets insecure because of past situations where he dated women who were unfaithful. I comforted him and told him he doesn’t have to worry about that with me. But it’s still creeping into my days because now whenever I post I think about whether or not a picture is going to trigger him.

I know this blowup doesn’t make him sound good, but I swear he is a really great guy. He is so loving and caring. He sends me good morning and goodnight texts whenever we’re not together. He tells me I’m beautiful all the time and brings me flowers for no reason. He makes me feel like I’m his No. 1 priority. I was kind of shocked by this fight because he’s not super-conservative and he even complains about guys being misogynistic towards women so I was like, where is this coming from?

I’ve tried to follow up with him about it and he said he “doesn’t love it” when I post “revealing” pictures but he respects my right to do what I want. I don’t know I feel like he is passive-aggressively trying to influence what I post. Am I just being paranoid? Should I let it go?

Dear Not Your Property,

Your boyfriend was totally out of line, and you stood up to him! I am so proud of you for letting him know that you have every right to share as much or as little of your body as you want with your Instagram followers. You did it!

So why do you still feel a creeping sense of dread when you go to post a pic?

Because this conflict is most definitely not resolved. I would not advise you to sweep it under the carpet or let it go. I would not wait for the next blow up to address this issue. I would tell him, quite simply, that the conflict you had broke something between you. And it’s not your job to fix it—it’s his.

I know you think your boyfriend is a sweetheart, and I’m sure he’s been very kind to you. But that creeping feeling you’re feeling is telling me otherwise. We all have our demons, but something tells me that his are bigger than he’s admitting. Sure, he’s allowed to feel jealous. And yes, it’s human to feel insecure. But your boyfriend brought those vulnerabilities out as excuses for his behavior. He never owned the way he treated you. He did not take full responsibility for his mistakes. In fact, he sent you the message, albeit indirectly, that it’s OK for him to make big angry mistakes when he doesn’t “love” what you do.

It’s normal to care about how your actions might impact your partner. You obviously don’t want to hurt him. But he’s making something about him that actually isn’t about him at all.

Your Instagram is a space for you. And you get to decide what goes on there. You get to choose the friends, places, and moments that you share with your network and, if your account is public, with the world. This should be a place of power for you. In a healthy relationship, it should be safe for you to be powerful. Your boyfriend, intentionally or not, has made you question your power. He’s made you anxious about its reach. And that just isn’t OK. Just as he shouldn’t dictate what you wear or who you spend time with, he cannot dictate what goes on your Instagram.

At this point, you might be thinking, But he isn’t really doing that. He’s just being honest about how he feels. Oh, but he is. He is very slyly telling you he’ll “deal with it” but he “won’t like it.” And that feels very like a veiled threat to me.

Consider how you would feel instead if your boyfriend said, “This conflict made me realize I have a problem with jealousy, and I need to work on it. You should post however you want and I’m sorry that I suggested otherwise.” Wouldn’t you breathe a big sigh of relief?

The opposite of pressure is encouragement. Encouragement doesn’t say you must do anything. It simply says, I believe in you and your strength. I know you are capable. And I am so excited to see what you do next. Encouragement is love. It isn’t controlling, and it doesn’t carry threats. It simply wants to love you into the biggest, happiest version of yourself. I am not saying you need to show your boyfriend the door. But I do think you need to talk. You can acknowledge his feelings and insecurities (like I said, we all have them), but you can also firmly and squarely let him know how uncomfortable his comments have made you. Please don’t shrink or edit yourself down to a palatable size for this conversation. I encourage you to show up for this conversation big and strong and expansive. I want you to channel the powerful version of yourself who you already know is inside of you. She came out and protected you when he criticized your “scandalous” bathing suit picture. And I have a feeling she already knows exactly what she will and won’t put up with.