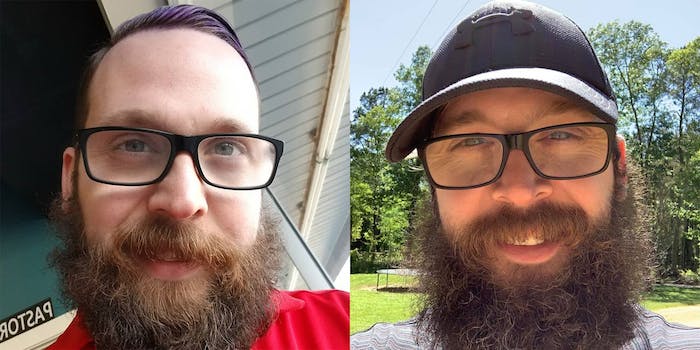 'Something has to be done.'

A graphic video of a man dying by suicide that circulated the internet has spurred a campaign advocating for social media reform. Ronnie McNutt was 33 when he filmed the video and ended his life.

The reform campaign, titled #ReformForRonnie, was launched by a friend of McNutt’s, Josh Steen. Steen told the Daily Dot that while it was characteristic of the Iraq War veteran to live stream regularly, Facebook should have done more to flag McNutt’s troubling live stream while he was still alive.

“The live stream had already violated Facebook’s community guidelines before I even joined,” Steen said. “Had Facebook intervened in some way, I don’t think that he would have taken his life because it would have stopped what was going on.”

The reach of the video was vast and sometimes, viewers were baited into watching it. Clips uploaded to TikTok showed cute animals or other seemingly harmless scenes before abruptly cutting to the scene of McNutt dying. Elsewhere online, trolls set up accounts claiming to be McNutt or that he faked his suicide.

Steen says that because of social media platforms’ negligence around graphic content and the video’s continued proliferation across different platforms, McNutt’s loved ones aren’t able to grieve his loss properly.

“Not only do they have to deal with the fact that they all watched this person, that they love … commit suicide, but they can’t even go to his personal Facebook page without seeing images of his death,” Steen said. “They’re not able to accurately grieve the loss of their son and that’s just not right.”

JustUs Geeks, a geek and pop culture podcast McNutt was involved in, has been using the #ReformForRonnie hashtag to spread awareness. The also used hashtag #2hoursand41minutes to highlight the amount of time it took Facebook to remove the video from its website.

Since the launch of the campaign, many on Twitter have shared tweets about McNutt’s death and demanded change in social media companies’ handling of graphic and violent content. The conversations call to mind the scrambles for reform that took place last year after a mass shooter in New Zealand recorded his killing of 49 people on Facebook Live.

Steen hopes that #ReformforRonnie can not only help bring social media reform and justice to McNutt and his family but also continue sparking more conversations surrounding mental health.

“Something has to be done … and it’s going to take a whole lot more than me,” Steen said. “We’re just going to keep shouting as loud as we can, until somebody pays attention.”