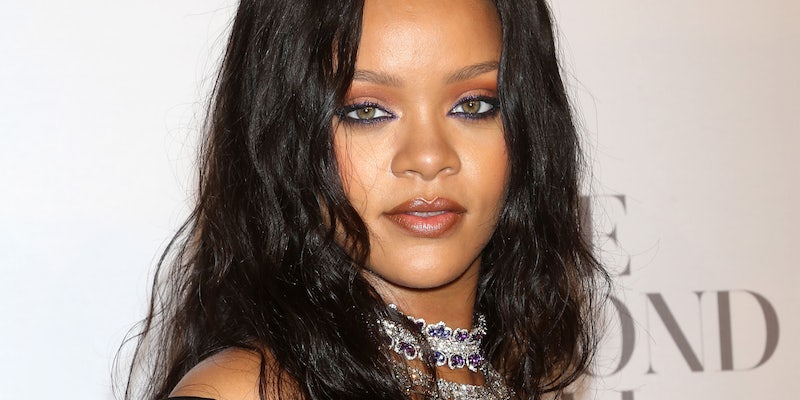 Less than one week has passed since Rihanna released her new makeup line, Fenty Beauty, sending beauty companies scrambling to market diversity and add deeper shade ranges to some collections.

Fenty Beauty launched online and in Sephora stores Thursday at midnight with a total of 40 shades of foundation from very pale white and pink foundation shades to several shades of dark brown and everything in between. Rihanna’s brand, made available worldwide to 17 nations, emphasized inclusivity of all skin-tones, ethnicities, and races. Fenty Beauty has the entire makeup community buzzing, and some brands are now trying to cater to consumers with darker skin tones and develop more products that are suited to different skin tones.

While some other makeup lines already had diverse shade ranges, Fenty Beauty seemed to spark a conversation about makeup inclusivity. It also created a chain reaction of other brands highlighting diversity within their own product lines, especially after rumors started circulating online that darker shades of Fenty had sold out in stores and online.

The dark Fenty Beauty foundation shades are sold out everywhere! This is for all the makeup brands who think the dark shades won't sell well pic.twitter.com/JDKddaMa5r

As of publication time, all but one of Fenty’s darker foundation shades were available on its website.

On the same day, Kylie Cosmetics tweeted a photo of a new “brown sugar matte” lipstick on Justine Skye, Kylie’s darker-skinned friend. Many people on Twitter dragged Kylie’s beauty line for the timing of posting this photo and releasing this new product for women with darker skin shortly following Rihanna’s release. The tweet has since been deleted.

Kim Kardashian’s KKW Beauty also tweeted a photo of a dark shade of powder contour and highlight on the same day, which received a lot of online backlash for the same reasons.

now fenty beauty is selling out the darker shades kim and kylie pushing theirs pic.twitter.com/eQtFLCyGXq

Since Fenty Beauty’s Friday debut, some other makeup brands, such as Estee Lauder, Cover FX, L’Oreal, Lancome and Hourglouss, have been marketing a wide shade range of products. Cover Fx advertised its 40 shades of foundation the same day Fenty Beauty was released. On Tuesday, L’Oreal announced its “true match” foundation was extended to 29 shades to celebrate diversity.

Despite the fact that several makeup brands with broad shade ranges are already on the market and many are sold at Sephora, Pop Sugar reports that Sephora employees are saying they are seeing more customers of color in the stores than ever seen before.

Wear It. Love It. Live It. ❤ Find your #DoubleWear Nude Water Fresh #foundation shade now through the link in our bio.

Whether or not it was RiRi who created this wave is unclear, but since her 40 shades of Fenty were released, diversity and inclusion have been major topics in the makeup community.