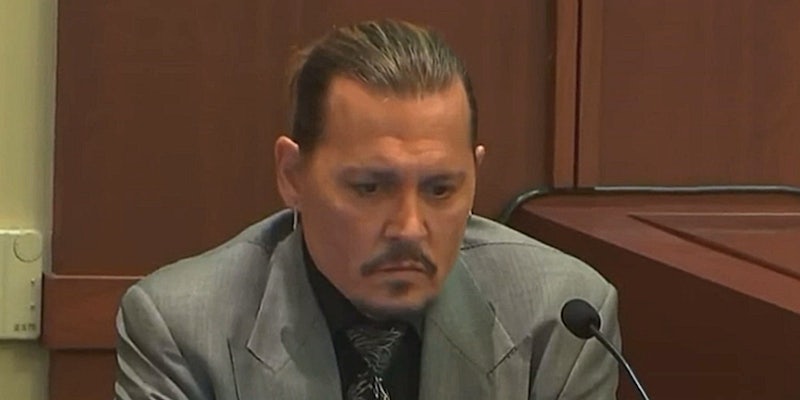 As the defamation trial between Johnny Depp and Amber Heard advances, social media users have been divided on the parties’ perceived innocence.

The case focuses on an opinion article Heard wrote about her alleged experiences as an abuse survivor, which Depp claims caused him to lose work opportunities. But social media users are looking at the case from a different perspective than the court: Focusing on the alleged abuse, not defamation.

One Reddit user posted a video of Johnny Depp in a courtroom, where an audio recording featuring Amber Heard plays. The user claims that the audio, which first came to the Daily Dot’s attention in 2020,  is “proof” of Heard’s abuse, as Heard admits to having hit Depp. Other social media users claim the opposite: Heard was abused, and in turn, may have committed acts of reactive abuse.

While it isn’t clear who abused who in the relationship between Heard and Depp, it is important to speak on what reactive abuse is and what can look like.

What is reactive abuse?

The Daily Dot spoke to trauma expert Dr. Jordan Schaul of Scapegoat Strength on the topic.

What is reactive abuse? Defined by Dr. Jordan Schaul, “Reactive abuse is a natural response to provocation. We typically fight, flee, or freeze in response to danger. This is known as the stress response.” In the case of reactive abuse, the body chooses to fight.

He continues, explaining how abusers utilize reactive outbursts against their victims. “Domestic abusers and other perpetrators may intentionally elicit reactions from victims and targets to discredit them and justify their own behavior. This is a form of gaslighting, which may lead to the kind of harmful emotional distress that we associate with trauma and can be more detrimental than non-lethal physical abuse.”

These tactics are often used to make an abused person feel as if they were an active perpetrator of violence as opposed to the victim of abuse, but it’s important to note reactive abuse is a reaction to abuse, not abuse in and of itself.

“The abuser is often very adept at shifting blame and concealing their own abusive behavior from third parties. Hence, the heightened emotional distress of the victim may be indicative of the fact that they have been pushed to and over the limit. The victim may exhibit more emotional dysregulation than the abuser because they have been gaslighted, which leaves them questioning reality and hence, their own sanity. The abuser may appear to be much more contained.”

He continues, “Reactive abuse is commonly observed in toxic relationships. In some cases, both individuals may appear to exhibit ‘proactive’ and reactive abuse, but usually, there is only one abuser and only one victim who exhibits reactive abuse. Chronic exposure to victim-blaming and shaming can induce traumatized states and subsequent symptoms associated with complex PTSD.”

Abuse isn’t as uncommon as we may think: Domestic violence hotlines typically receive 20,000 calls a day. According to NCADV, 1 in 3 women and 1 in 4 men have experienced violence at the hands of their partner, with 1 in 4 women and 1 in 9 men experiencing extreme partner violence. Abuse can manifest in multiple forms: physical, verbal, emotional, sexual, financial, and mental. Abuse can happen to anyone, although statistically, women between the ages of 18 and 24 are most at risk.

Don’t let shame or fear of retaliation stop you from accessing the help you seek. There are resources available, like the Domestic Violence Hotline, for victims and survivors of abuse.