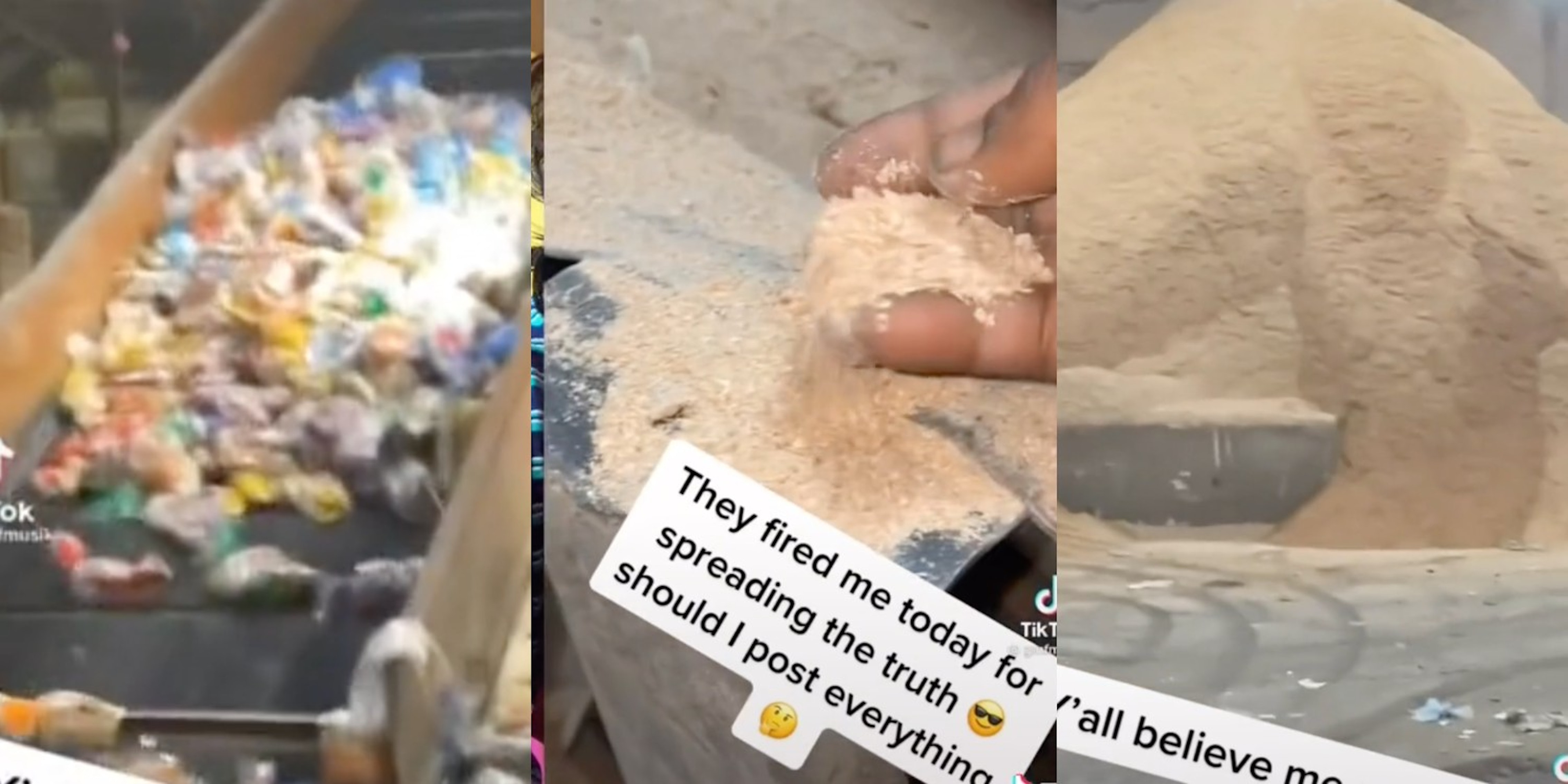 ‘Plastic and all, don’t even matter’: TikToker exposes how pig feed is made

'They fired me today for spreading the truth.'

A TikToker claims he was fired from his job after he “spread the truth” about what goes into pig feed.

TikToker @gmfmusik, who identifies as Kash Moore, shared a series of videos starting in June, which were viewed a few million times; and they went viral again after TikToker @puppospraxis shared them on Monday. In the videos, Moore says food waste that is made into pig feed often includes trash, and he insinuated that materials such as plastic and paper were being fed to farm pigs.

“All that food, this is waste from different businesses, bakeries, cookie places,” he said in the first video which was posted in June.

In a follow-up video two days later, he showed more of the food waste, including plastic and paper, that was apparently intended to become animal feed.

Within a day, he said he was fired.

“They fired me today for spreading the truth,” Moore wrote in the caption of another video.

“Plastic and all, don’t even matter,” he says, the camera spanning across the whole unit showing how the waste goes into an industrial grinder, gets cooked, and comes out in grains. The video has been viewed more than 22 million times.

Throughout his page, he maintains that the waste was being made into pig feed, which would find its way into pork meat eventually. He also asserted that they do put the feed through a shaker to try to sort the plastic out—but reiterated the keyword: try.

Around the time of his firing, he started a fundraiser on GoFundMe to “support the exposure.” It has so far raised a little over $600 of its intended $1,000. The fundraiser did not explain how the funds would be used and in what way they could support the exposure. The Daily Dot has reached out to Moore and will update the report if he responds.

His video garnered support from many, including TikToker @puppospraxis, who wrote “Big AG feeds pigs plastic.”