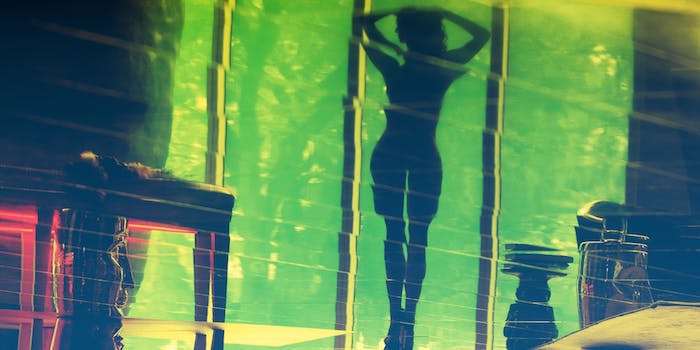 The future of the internet is at stake.

Now, here we are. OnlyFans chose the latter.

In a new move announced Thursday, the company said it will ban sexually explicit material on the site and limit adult content to nude photos and videos that are “consistent with [OnlyFans’] Acceptable Use Policy,” XBIZ reports. The new policy begins in October, giving sex workers just weeks to prepare.

“In order to ensure the long-term sustainability of the platform, and to continue to host an inclusive community of creators and fans, we must evolve our content guidelines,” the company said in a statement to XBIZ. “We will be sharing more details in the coming days, and we will actively support and guide our creators through this change in content guidelines.”

The Daily Dot reached out to OnlyFans for comment.

The Goddess Clue, a sex worker specializing in hypnosis content, foot fetishism, and macrophilia, was an avid OnlyFans creator. She told the Daily Dot that she “wasn’t really surprised” when she heard the news as she had previously seen OnlyFans was looking for investors.

“[T]he fact that OnlyFans has never acknowledged [us sex workers] is very telling,” she told the Daily Dot. “They never promoted us and, in my opinion, acted like we’ve never existed on the platform.”

Twitter users and reporters immediately drew comparisons between Tumblr and OnlyFans. This isn’t entirely inaccurate. Tumblr’s NSFW ban devastated us in its own right, robbing many sex workers of their online followings, community connections, and screening resources.

But there is one similarity above all that perfectly connects Tumblr and OnlyFans: Outside forces caused both companies to pull the plug on sex workers’ safe havens. Tumblr reportedly clamped down on NSFW content because Verizon couldn’t sell ads on the site. OnlyFans, meanwhile, admitted in a statement to XBIZ that the sexually explicit content ban came “to comply with the requests of our banking partners and payout providers.” XBIZ news editor Gustavo Turner points to upcoming MasterCard policies with far more strenuous guidelines for adult websites as the catalyst that led to the change.

At this point, this is a classic story that has impacted sex workers for years. Patreon clamped down on sex workers and adult content creators “due to requirements from [its] payment partners,” Patreon told Vice in 2019. A few years prior, Make Love Not Porn’s Cindy Gallop reported a similar problem with Chase higher-ups, which forced her company to close its business banking account.

When banks aren’t behind content censorship, a major corporation usually isn’t far behind. When Discord began limiting NSFW content on iOS, one former Tumblr employee noted how Apple’s “regressive stance” on NSFW content became an ongoing headache for the site’s employees over the years. “When we dealt with this at Tumblr, it became my full time job for weeks to find incredibly complex ways to appease Apple’s censors,” they said. “This happened every time they found a sexy blog they didn’t like.”

Whorephobic censorship goes much further than a few business executives or a bigoted social media employee. These are systemic issues that get to the root of free expression in an increasingly corporate internet. Pulling sexually explicit content from OnlyFans was a matter of “when,” not “if.”

The truth is, sex workers are only as free as credit card companies, banks, and monopolistic tech companies decide they are financially risky. When we are deemed a threat, OnlyFans happens. Patreon happens. Chase happens. Tumblr happens. This should frighten anyone who cares about free speech online. Sex workers have a fundamental right to provide their labor on the internet. They also have a right to financial stability. The ongoing deplatforming of sex work reveals how our ability to speak and move freely on social media is increasingly a privilege, not a right. The more Wall Street and Silicon Valley divvy up our online presence, the less freedom we all have to move about the ‘net.

“No corporation should be able to arbitrarily decide where and how we are able to spend our money, but that’s exactly what’s happening here,” Fight for the Future’s campaigns and communications director Lia Holland told the Daily Dot. “OnlyFans is the latest to cave in a long, hypocritical tradition of prioritizing the moral concerns of major financial institutions by deplatforming the very people responsible for the website’s success: sex workers.”

The months ahead will look dizzying and stressful for many sex workers who rely on OnlyFans to pay the bills. Some sex workers will financially recover; some won’t. Clue herself took a hit, projecting she’ll lose approximately $1,000 a month as she makes the switch from OnlyFans to sex-worker run alternative platform JustForFans.

As panic-inducing as the current moment is, she stresses sex workers should turn to community to support them, and they should take the time to diversify ventures. Some sex workers are going one step further; OnlyFans model Delilah D’Lune is collaborating with other sex workers on a model site of their own. I previously helped consult with the project, and I have high hopes for its team.

No matter what the next months ahead look like, we have to be honest about our future. We are enmeshed with the corporations that underpin the websites we use daily. The old internet is dead. OnlyFans’ NSFW ban is our future. We can no longer turn our backs on sex workers. The free and open internet’s destiny is linked to their safety—and the prognosis this October is grim.