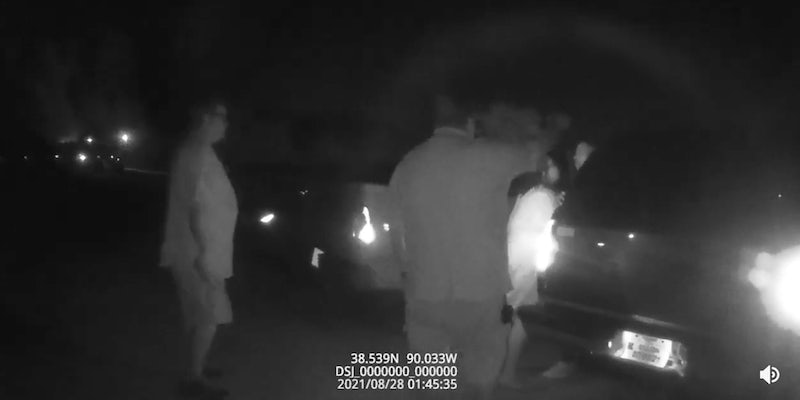 ‘They sure got a show’: Male Karen screams at drive-in movie worker in viral video

The worker asked him to turn off his car lights, which were disrupting the movie.

Rules at the drive-in are definitely more lax than at an actual movie theater. You can talk to your friends, you can check your phone, you can do any number of things that would be distracting to others in a small space. But one thing you still can’t do is shine beams of light that ruin the moviegoing experience for everyone around you.

One drive-in guest didn’t get the message, showing up to the lot, parking his car, and refusing to turn his headlights off when the movie was already in process. To make things worse, he got in a heated argument with the attendant who was tasked with making the simple ask.

The employee appeared to be wearing some sort of camera that recorded the whole incident. Footage posted to Reddit by u/Selvetrica starts with them approaching the open passenger side door and asking the driver to please turn off his lights.

Things rapidly escalate, with the driver exiting his car, walking all the way around, and getting in the face of the employee who is patiently attempting to do his job.

At that point, the employee decides the man is too aggressive to stay, asks him to leave, and calls for backup over a walkie talkie, even as he continues to rant. A woman exits the vehicle and attempts to diffuse the situation, apologizing to the employee and saying they’ll go.

The video goes on for an additional two minutes as additional employees come over and try to get the man to calm down and leave. The post now has over 6,000 points on the subreddit r/PublicFreakout.

After the video was posted to Reddit, a lot of people had words of praise for how calmly the employee handled a situation that looked like it could have escalated a lot further.

“You have the fucking patience of a Saint,” u/BADGER915 wrote. “Good for you man, you handled that like a civilized adult. He was being a big ass baby.”

“Everyone around them only got half a movie, but they sure got a show,” joked another Redditor.

Though the video doesn’t end with any sort of resolution, the drive-in employee whose body cam recorded the interaction said that he did ultimately take off when they threatened to call the police.