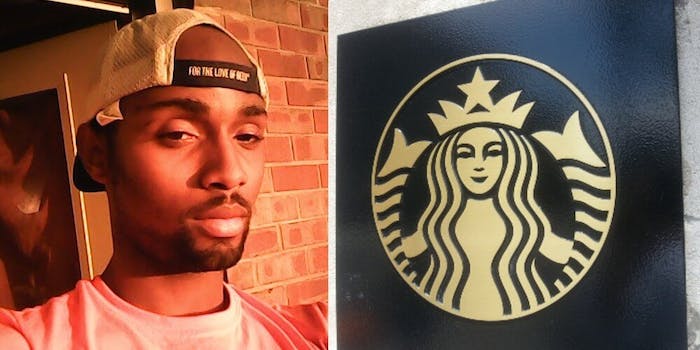 It’s been less than a week since Popeyes’ chicken sandwich took over Twitter and won the #ChickenSandwich with Chick-fil-A. But a recent thread documenting the thoughts of a grieving friend after the untimely death of a Starbucks worker is casting a new light on the conversation around fast-food chains and the employees who keep them running.

Food writer Allison Robicelli shared the thread on Saturday about her friend James Farmer who died at 22 due to a kidney failure. A GoFundMe set up for his funeral costs on Aug. 12 said he died on Aug. 11. According to Robicelli, Farmer would skip his dialysis treatment as he was an hourly wage worker and couldn’t afford to take off work hours.

The enormity of these things really doesn’t hit you until you see a brilliant, funny, caring and very much loved 22 year old man lying in a his casket.

This was James. The people who serve you coffee and sandwiches, the people who barely get by because a living wage “isn’t in the best interest of shareholders”, the people who so many believe don’t deserve to be paid fairly: they are people. They are loved. They deserve better. pic.twitter.com/nxrzd4J7mg

“The people who serve you coffee and sandwiches, the people who barely get by because a living wage ‘isn’t in the best interest of shareholders,’ the people who so many believe don’t deserve to be paid fairly: they are people,”  Robicelli wrote.

Robicelli explained that Farmer had health insurance but was afraid of taking off work and losing hourly pay.

“James was worried about money,” she wrote. “He thought if he took a day off for dialysis, he’d continue to have less hours on every weekly schedule.”

James was worried about money. He was worried that if he took time off he’d be replaced, because that’s a legitimate fear all hourly workers live with. He thought if he took a day off for dialysis, he’d continue to have less hours on every weekly schedule.

Another friend of Farmer’s told the Daily Dot, who asked to remain anonymous to comply with her employer’s policies about speaking to the media, added that “he was burdened with heavy health insurance copays and costs due to his conditions.”

Robicelli also said Farmer died about two weeks ago, and his family had to raise funds during this time for his funeral. “This is the reality of those who work hourly jobs on Baltimore’s east side,” she wrote.

“He was a valued member of our team, impacted every member of our staff and every customer he came in contact with,” read the description on the GoFundMe page set up by Smith and Charnette Burris. “He passionately stood up for LGBTQIA rights, fashion, and good music. He was a dedicated worker and friend. This loss is immeasurable and we want to support his family in whatever way we can.”

The fundraiser also raised more than $7,700, exceeding its goal of $7,500. There were a total of 186 donations, and a majority of the donations were made in the past two days.

“Thank you for every donation, share, and kind word,” Smith wrote in an update on Sunday. “James’ family, friends, and coworkers are humbled by the generosity of strangers.”

Robicelli isn’t the first to use the #ChickenSandwich debate to scrutinize the layers of violations that are involved in the $3.99 sandwich. A recent Eater interview examined the Popeyes hype on Twitter, applying questions on everything from ICE raids at poultry farms to Popeyes wages rendering its own employees homeless.

“There’s real, active harm being done by fast-food companies on every level of the food system from individual to global,” Evan Hanczor, chef of Egg Restaurant that boasts its treatment of its employees and farmers, told Eater.

“It doesn’t give me much confidence about the ingredient quality,” Hanczor said of the price of Popeyes’ sandwich. “The price doesn’t seem to suggest that they could possibly be sourcing chicken you could consider remotely humanely raised.”

On Twitter, Robicelli’s thread resonated with many who shared their concern and support for Farmer, while some called for accessible dialysis care.

This is a tragedy, and I extend my thoughts to you, his family and those who loved him/ will miss him. What could have been done/ happened to prevent this loss? What is it??? Let's send it up the flag pole and see who salutes.

This is why we need to get more ppl on home dialysis! In-center takes away your oppty to choose your own schedule around work, & home D keeps you healthier. I’m truly sorry for loss of yr friend & grieve w/you. Tragic loss. Seen it too often.

Agree but this case was more about the way our system treats workers. He had insurance but as an hourly worker he couldn't take the time (many hours/day, 3 days/week). Dialysis centers could do more to provide care for workers like this young man.

It's sad to think that Star Bu cks, who claims they are compassionate, would put their workers in such a difficult position as to choose taking time off for legit life or death medical reasons and losing critical pay and having enough for a roof over their head & just enough food

According to Glassdoor, a Starbucks barista makes an hourly wage between $9 and $10 in Baltimore, Maryland. The minimum wage in Baltimore is $10.

Update 9:26am CT, Aug. 27: A Starbucks spokesperson told the Daily Dot that “store partners (employees) were heartbroken to learn of James’ passing.”

“Our local team has stayed in close contact with James’ family and supporting them with their grieving and healing process,” the spokesperson said.

Starbucks said it offers healthcare coverage to its baristas in the U.S. who work an average of at least 20 hours per week. All eligible employees also accrue one hour of paid time off for sick days for every 30 hours worked.

Update 1:30pm CT, Aug. 27: Starbucks said its employees are paid at or above minimum wage in every region, including in Baltimore.