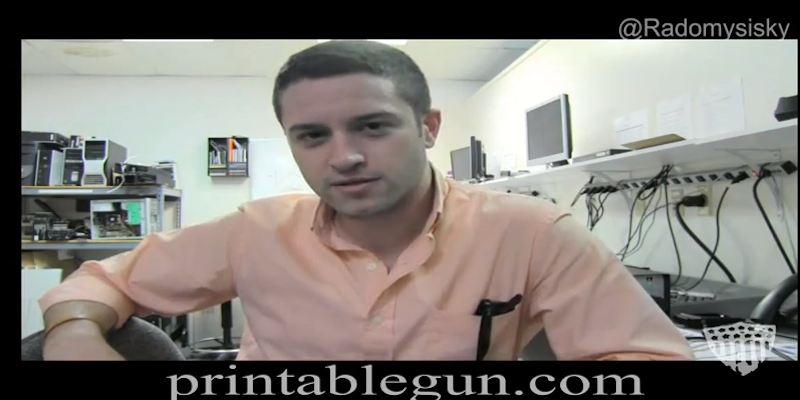 A fundraiser to create the design for a working, 3D-printable gun—and make it publicly available for download—ran afoul of Indiegogo's terms of service.

Indiegogo’s mission is to “get your passion funded.” That is, unless your passion involves creating a functional firearm using a 3D printer.

A group calling itself “Defense Distributed” is raising money to design and test the world’s first downloadable gun. Labeled “the Wiki Weapon Project,” the plan is to develop a prototype comprised of printable parts made out of plastic that can fire a .22 caliber bullet. Once successful, Defense Distributed will make the blueprints available to anyone who wishes to download them.

Before the latter can happen, startup capital is required to purchase a Stratasys 3D printer (valued at $9,900) and enough plastic ABSplus polymer ($5 per cubic inch) to build and test out several iterations of the gun. To raise the money, Defense Distributed set up a fundraising campaign on Indiegogo with a target of $20,000.

The group managed to raise over $2,000 in the first 22 days of the fundraiser, before the crowdsourcing platform sent an email on Aug. 22 to Cody Wilson, a 24-year-old law school student at the University of Texas and member of Defense Distributed, notifying him that they were freezing the funds.

Wilson replied to the email thinking that it was an error. On Aug. 24, an Indiegogo representative got back to him stating that the freezing of his campaign wasn’t a mistake. Indiegogo had put the project on hold because they claimed that it violated their terms of service, particularly the following:

“You may not use the Service for activities that…(ii) relate to sales of… (h) ammunition, firearms, or certain firearm parts or accessories, or (i), certain weapons or knives regulated under applicable law.”

The crowdsourcing platform also informed Defense Distributed that all donations would be returned to their contributors.

Wilson disputes that they violated Indiegogo’s regulations. “The exchange with contributors was for the creation of digital information,” he told the Daily Dot via email. “The exchange was for speech.”

He also claims that the decision to put the kibosh on the project came at an inopportune time. Indiegogo pulled the campaign off its site the night before Forbes.com ran an article on the Wiki Weapon project.

“Losing your public funding page the day you get your biggest traffic is missing an opportunity,” Wilson said, “And you can’t count on more than one of those.”

The group has resorted to taking donations on its homepage via PayPal and the cryptocurrency BitCoin. So far, Defense Distributed has raised $1,09, or slightly more than half of what they had raised via their Indiegogo project page.

Wilson says Indiegogo has not yet replied to his dispute of the takedown. The company also has not responded the Daily Dot’s request for comment.