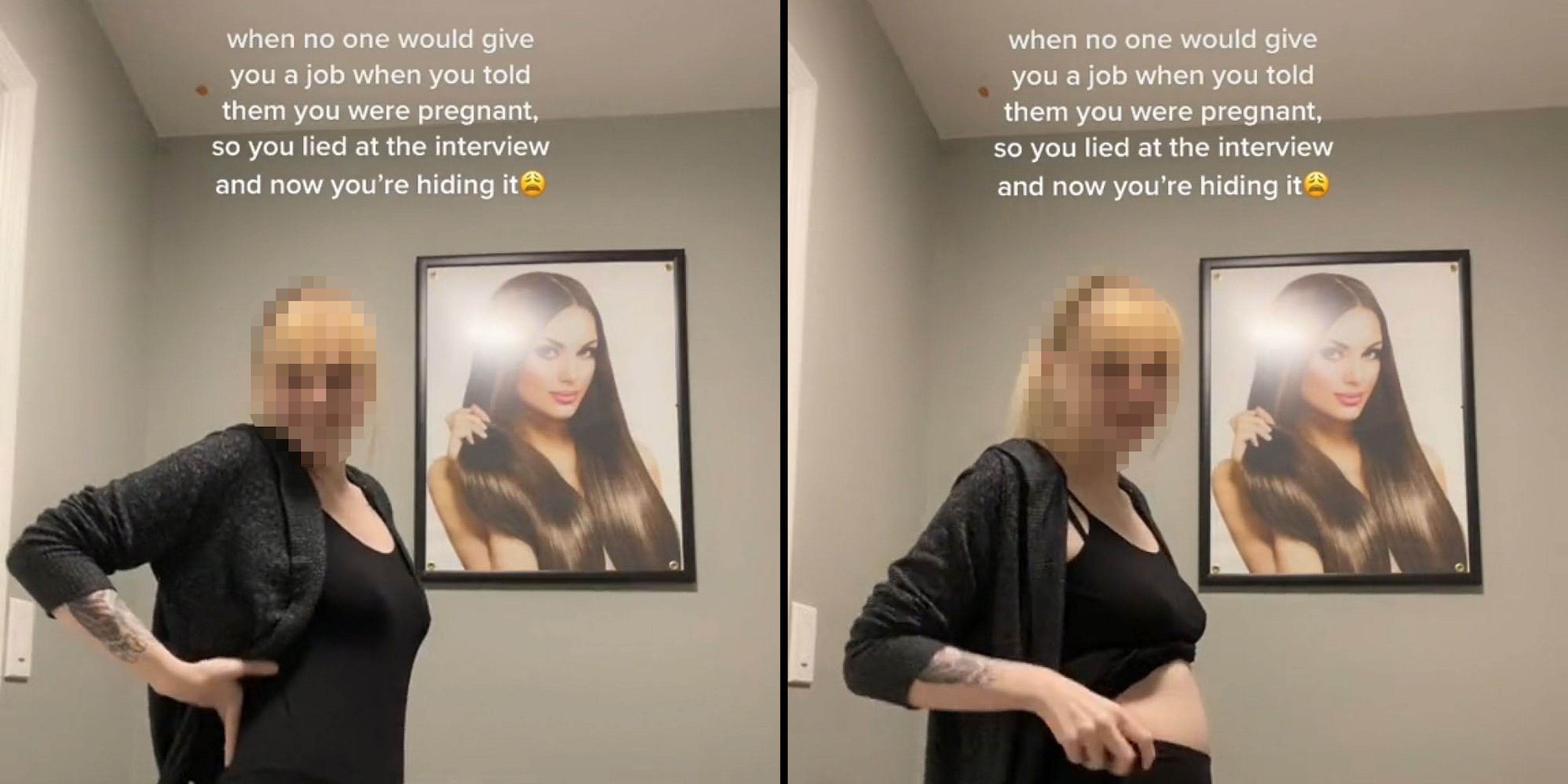 ‘Pregnant people are always in the way, needy, a burden’: Woman says she hid pregnancy in order to get a job

A TikToker said that she was unable to get a job after telling potential employers about her pregnancy, so she lied in her interview for a job and is now hiding her pregnancy from her employer.

“Welcome to Florida, where you can be fired your first 90 days w/o a reason needed,” Ash wrote in the video’s caption. In Florida, Georgia, and Louisiana, employees can be fired “at-will” without any exceptions, meaning that even if an employee is doing their job well, their employer can still terminate them for any reason.

@missbunnya welcome to florida, where you can be fired your first 90 days w/o a reason needed🤪 #pregnant #pregnancy #pregnancyjourney #firsttimemom #pregnant🤰 ♬ original sound – ash

In a TikTok direct message to the Daily Dot, Ash said she is a receptionist at a hair salon. She’s just over 20 weeks pregnant, according to a recent TikTok.

In a comment on her viral video, Ash wrote that she feels potential employers see her as “someone they’ll have to replace.”

“So they pass you on the opportunities,” Ash commented.

Commenters shared that they had hid their pregnancies at work as well for the same reason.

“This happened to me when I started at a job,” @itssiennamarie commented. “I didn’t tell them I was pregnant and then somebody asked so I said I was and I was fired the same day.”

“I got fired from my job i was at for almost a year for missing too much due to pregnancy complications,” @hayedmur wrote.

“Got fired for being pregnant with my first because welcome to Florida,” @skykaylynn commented.

Other commenters referenced the Pregnancy Discrimination Act of 1978, which “forbids” discrimination based on whether or not someone is pregnant “when it comes to any aspect of employment,” including hiring and firing employees. Ash commented that employees still discriminate regardless.

Ash told the Daily Dot that she informed her boss last week that she’s pregnant because she’s now starting to show. She said she told her boss that she had found out “that day,” not that she’s more than halfway to her due date.

“The owner of the salon has made some remarks, prior to finding out about me, that pregnant people are always in the way, needy, a burden, that they’d never hire a pregnant person again,” Ash said in a TikTok direct message. “So telling them made me nervous to [lose] my job.”