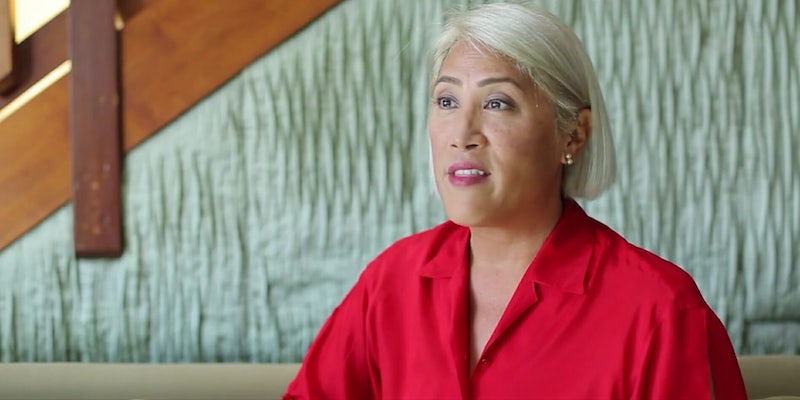 Not all of these trailblazers felt safe and comfortable to be out and proud.

Within the past few decades alone, over half a dozen transgender politicians have worked tirelessly to represent their constituents in everything from mayoral elections to state legislatures. And while some have faced serious hardships due to their gender identity, each has helped contribute to Roem’s historic election win in their own way. Here are five transgender politicians you probably haven’t heard of, but should know about.

For most political junkies living in the Greater Boston area, Althea Garrison’s name is a familiar one. Garrison, who was born in Georgia and moved to Boston for beauty school, originally ran for the Massachusetts State House in 1982 and 1986. But then, after an unsuccessful City Council run, she ran for the Massachusetts House in 1992 and won, entering the state legislature as a representative for the 5th Suffolk district.

Garrison’s election win quickly turned sour, however. Within days, the Boston Herald ran a story outing Garrison’s gender identity, referencing her name change from the mid-’70s. This not just forced Garrison into the public spotlight, it also robbed her of her privacy. So while Garrison technically became the first out trans woman to serve in a state legislature, her gender identity was only revealed out of malice, not out of individual choice.

Despite an endorsement from the AFL-CIO, Garrison’s political career quickly ended when she lost her re-election bid. Over the years, she has switched from Democrat to independent to Republican to run for mayor, the state Senate and House, and city council—she even ran in Tuesday’s election. But she hasn’t been elected to public office since. However, she will always hold the distinction as the first known transgender person to serve in a political office as a high up as a state legislature.

You’d be forgiven if you haven’t heard of Kim Coco Iwamoto. But her story is inspiring in its own right, and it begins with the Hawaii’s Board of Education.

Iwamoto was born on Kauai, Hawaii’s fourth-largest island. She spent some time in the continental 48 states, including studies in New York and New Mexico, eventually earning herself a JD in law school. After returning to Hawaii, Iwamoto began attending local Board of Education meetings, where she realized the state could use her life experiences to improve its public education system. She ran for the Hawaii Board of Education and won in 2006. And during the original race, neither the media nor constituents—Hawaii’s progressive when it comes to gender and sexuality—publicly grilled her about her trans status. As it turns out, voters were more concerned with her policies than anything else.

Iwamoto later ran for re-election and won. She’s since served on the Hawaii Civil Rights Commission, and she previously ran for the Hawaii State Senate Democratic primaries for District 13 in 2016. Now, she’s running for lieutenant governor in 2018, with a focus on education, stopping prison growth, and protecting the environment’s natural resources.

Susan Stanton’s role as city manager for Largo, Florida, was largely a sleepy one. After serving several stints in city administrative positions across the country, Stanton became the town’s city manager in 1993, and she held the role for over a decade with support both inside and outside of the city government. That is, until she decided to undergo gender transitioning.

Stanton originally began coming out as transgender in January 2007, and she worked with her wife, medical providers, and select City Hall officials to plan out her transition. By June, she intended to go public. But in February, Stanton was forced out of the closet by the St. Petersburg Times, who had received an anonymous tip about Stanton’s gender identity.

Shortly after, Largo’s citizens condemned Stanton’s transition, and further controversy emerged because many feared tax dollars would go to Stanton’s gender confirmation surgery (which was not the case). The city’s commission subsequently agreed to place Stanton on administrative leave, and she was eventually terminated from her job.

Granted, Stanton was fired over 10 years ago. But her story shows that trans politicians across the U.S. regularly face bigotry and hatred—and job loss—when they’re simply trying to live their lives. Stanton has since gone on to be city manager of Lake Worth, Florida, and Greenfield, California.

These days, the Democratic Party is largely known for supporting transgender people. But before the Democrats took a hard stance against transphobia, New Jersey resident Barbra Casbar Siperstein helped push the Democratic National Committee in a pro-trans direction after she became the first openly transgender person to be elected to the committee.

Born and raised in New Jersey, Siperstein came out to her wife in the late 1980s and was met with support. In 2000, she came out publicly, and she quickly began working as an activist for LGBTQ anti-discrimination measures and the right to gay marriage. By 2009, Siperstein had made a name for herself in the state, and she joined the DNC. That same year, the DNC took on “gender identity” in the party charter as one of its goals for anti-discrimination campaigning.

By 2011, Siperstein became the first openly transgender woman to serve on the DNC’s Executive Committee. There, she served as a superdelegate for Hillary Clinton during the Democratic National Convention for the 2016 presidential election. She continued to serve until October 2017, when she was removed from the DNC.

But even though Siperstein is no longer a delegate or committee member, her presence is still clearly felt. She wrote in July 2016 that 28 transgender delegates served for the 2016 DNC Convention Platform, with two superdelegates in total, including Siperstein herself. Siperstein paved the way for transgender representation inside the party, and hopefully, that number will only grow in the coming years ahead.

When it comes to transgender politicians, Stu Rasmussen stands alone. Rasmussen, who identifies as transgender and has no particular pronoun preference (but is often referred to by he/him pronouns), originally identified as a crossdresser when he first began experimenting with his gender presentation. These days, he considers himself transgender, making him America’s first openly transgender mayor.

Rasmussen became Silverton, Oregon’s mayor in 2008, having lived and worked in the small Oregon town all his life. He was originally elected Silverton mayor in 1988 and re-elected in 1990, both times serving before coming out. Then, after several stints as city councilor, he became openly transgender and was elected as mayor in 2008 and re-elected in 2010. He continued to serve in office until January 2015, making him not just America’s first openly trans mayor, but incredibly popular among his constituents, too.

Rasmussen drew national media attention after coming out, but the outside world’s fascination with him has always puzzled Silverton. That’s because the small town unconditionally accepts him and sees nothing wrong with his gender identity and genderqueer presentation. A musical was even created about his run for mayor, Stu for Silverton, honoring his legacy as an out and open trans mayor. Even today, there just aren’t many other politicians like him.